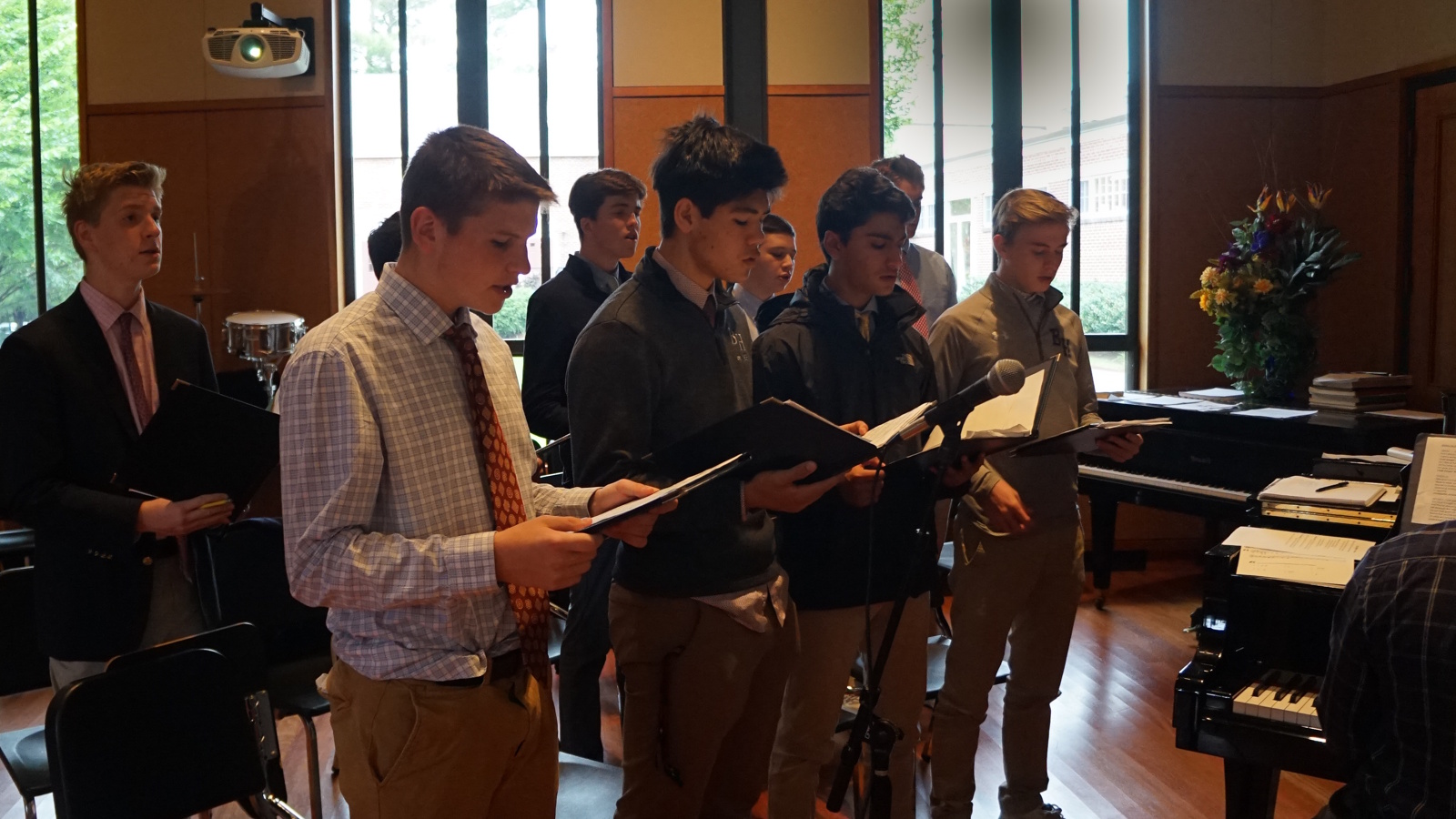 Belmont Hill’s central vocal group, the B-Flats, are a staple at chapel meetings, Alumni Events, and all throughout the community. Meeting four times a week, the B-Flats contains 17 members in this year’s choir. Mr. Patterson, more commonly known around the Belmont Hill Campus as “Brother P”, is leading the B-Flats for once again. This year will be a difficult one for the group as six seniors graduated from last year. However, the introduction of ten new singers offers opportunity and potential for the club. President Luca Pontone and Vice President Rishi Banerjee have already seen this unit starting to develop. Through the words of President Pontone, “I think we are going to be a fantastic group. Though we have only been rehearsing for a month, we already have an extremely cohesive group and show that we can work really well together. It should be a great year if we are able to build upon our already strong foundation, and I think we will be able to do that.” Now in his 12th year as head of the B-Flats, Brother P has grown accustomed to this annual change; he is ready to embrace the challenge. Despite his generally optimistic outlook, Mr. Patterson does get frustrated with certain limitations imposed by the schedule. “Some of our brothers from previous years and some new brothers were not able to join us this year due to scheduling conflicts, and obviously there needs to be some fixing to the schedule to allow as many people to join B-Flats as possible.” The B-Flats will be performing throughout the school year including one performance at the Veterans Day Breakfast in Belmont, and concerts in the Fall, Winter, and Spring. Brother P encourages anyone who loves music, laughter, and some beautiful melodies to come and hear the B-Flats perform this year.