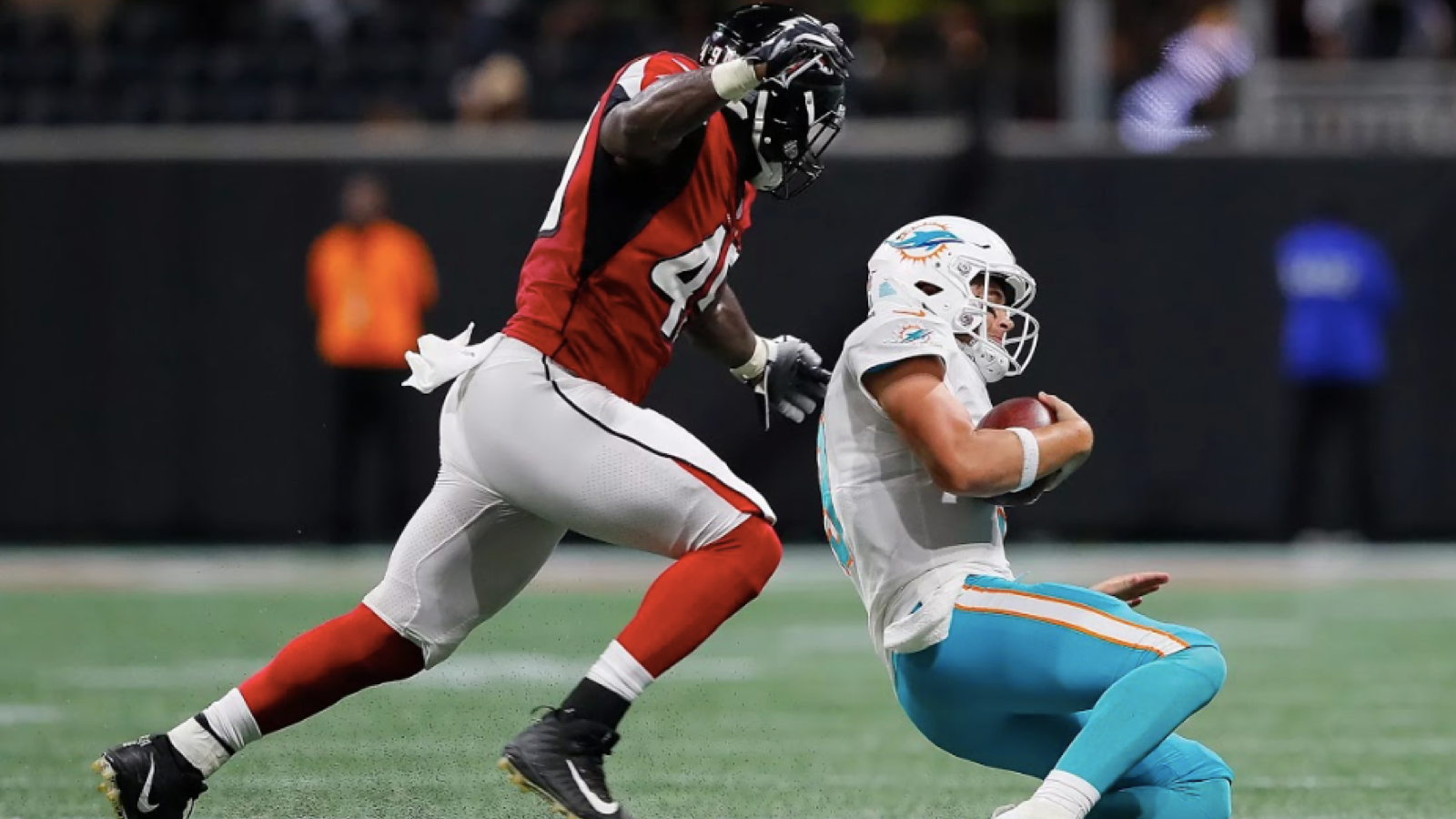 A 2013 graduate of Belmont Hill, Richard “Dewey” Jarvis was recently signed by the Atlanta Falcons as an undrafted free agent to play outside linebacker. After an impressive preseason where he recorded 7 tackles and 2 sacks, Jarvis was able to secure a spot on the Falcons active roster. He became one of a very select few Belmont Hill graduates to make it to the NFL, joining most recently Corey Gatewood ‘07, who briefly played for the Minnesota Vikings in 2012.

After Jarvis’s signing, head football coach Mr. Butler remarked on his achievement, saying, “This accomplishment comes from much hard work that began at Belmont Hill and continued through his days at Brown University, and as an undrafted free agent for the Falcons. He is a talented football player and an even better person. I am so proud that Dewey has reached the NFL as a member of the Atlanta Falcons. It is a well-deserved honor.”

Jarvis started playing football his ninth grade year, at Belmont Hill, and had a very successful season, playing wide receiver, linebacker, and tight end. His senior year, he was named All-League First Team, All-New England Class B First Team, and a team MVP. As well as being an exceptional football player, Dewey Jarvis excelled in the classroom. He was a well-rounded Belmont Hill student, playing the piano, basketball, running track, and taking multiple advanced placement classes. He chose to accept an offer to play at Brown University because he believed it would give him the opportunity to shine in athletics and academics. There, he was able to play the sport he loved while working toward a biology degree.

In his freshman season at Brown, Jarvis received playing time on special teams but a nagging knee injury forced him to redshirt his second season. He was unable to play and underwent tibial tubercle osteotomy to improve kneecap stability. In his second full season, he led the Ivy League with 18.5 sacks for a loss and was honored with First Team All-Ivy and the All-New England Football team. In his final year, he finished with 17.5 career sacks at Brown (the 2nd most all-time at Brown) and was selected to the esteemed Senior Bowl.

When his name wasn’t called on NFL Draft night, his mother thought that he would be pursuing his medical degree as she had hoped. But when an agent called, Jarvis made the decision to try to pursue his professional career. While Jarvis chases his football passion in Atlanta, he still dreams becoming a doctor after completing Pre-Med at Brown.