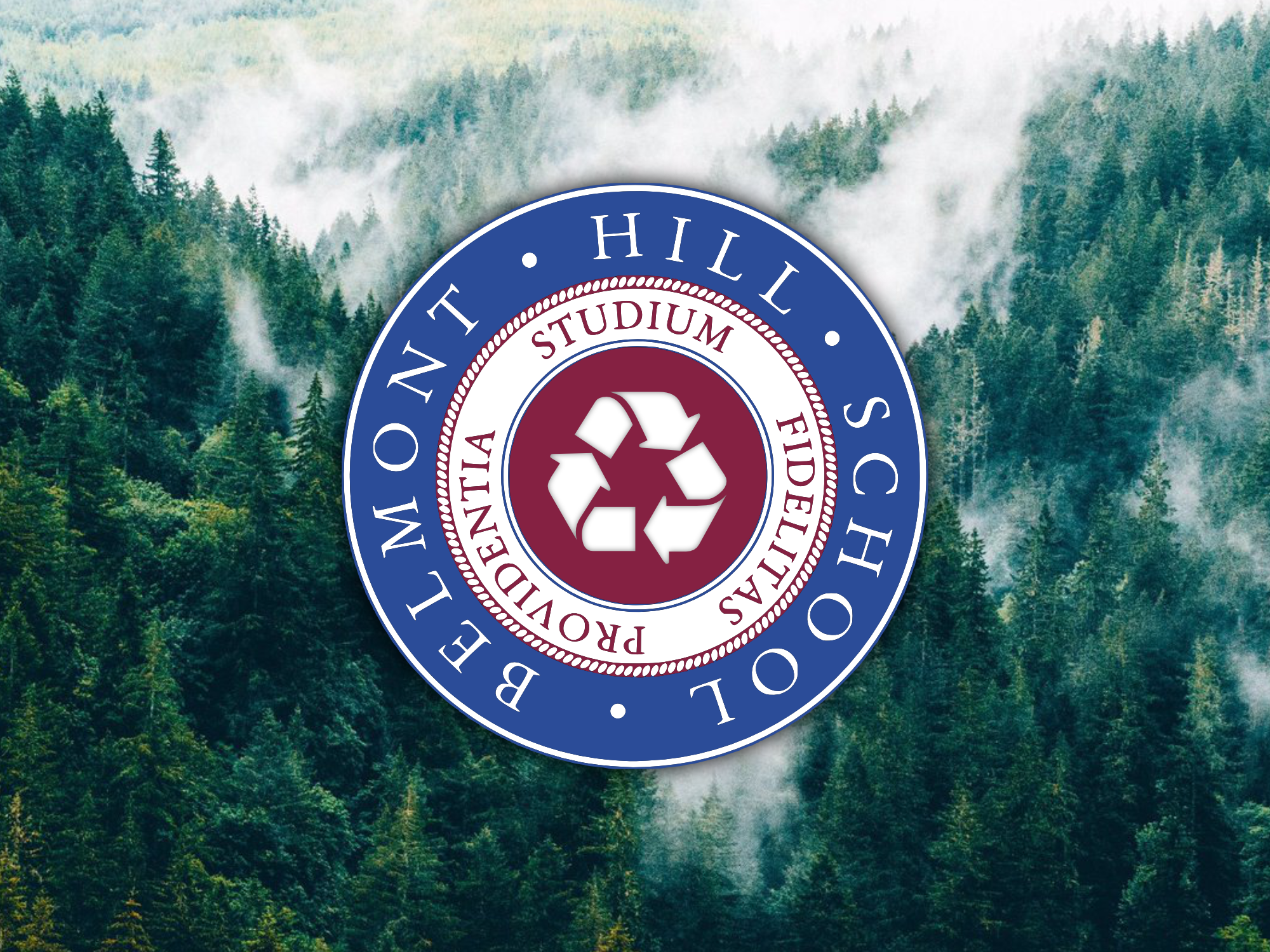 A few months ago, a teacher, who will remain anonymous, revealed that one afternoon he had seen the recycling in Morse dumped into the same bin as the trash. Upon sharing his observation with Belmont Hill colleagues, he realized other faculty members had also witnessed a similar occurrence at least once or twice in their Belmont Hill careers. In fact, one faculty member recalled that about five years ago, some teachers speculated so much that recycling at Belmont Hill became somewhat scandalous. Hungry for the truth, we set out to investigate, hoping to unveil the cloaked recycling process on campus.

We began our research with the dining staff. We had noticed that the recycling bins outside the kitchen door were lined with the same bags that are primarily used for collecting trash. However, Denis Gagne, head of Belmont Hill’s dining services, dispelled our worries and explained to us the kitchen’s separation regimen. Rest assured: behind the big red fence bordering the milk and cookies area, the dining hall does separate trash from recyclables. Cardboard is placed in its own special bin, while large plastic bottles (often used for juice) and other large plastic items are placed in another bin. Unfortunately, due to contamination with food, the dining hall is unable to recycle many other items. If an item was to be recycled with remaining food or liquid waste, the whole batch of recycling would need to be nullified.

After talking with Mr. Gagne, we met with Mr. Casey Young, Director of Facilities. Mr. Young is also responsible for Belmont Hill’s relationship and contract with Prospect Cleaning, a company whose employees clean the school after hours. Very happy to help, Mr. Young walked us through many previously unknown aspects of Belmont Hill’s recycling systems. According to Mr. Young, recycling collected by Prospect Cleaning employees on the academic side of campus is first stored in a temporary, separate location behind the dining hall. Maintenance employees continually monitor the recycling bags and trash dumpster, moving recycling to a larger storage center behind the Jordan Athletic Center if needed. Trash, however, is picked up by the waste disposal company directly from the dining hall. Subsequently, every few days, a Belmont Hill-contracted waste management company picks up recycling, trash, and cardboard from the JAC and any trash from the dining hall, transporting them separately to the Belmont Dump for proper disposal.

During our investigation, we also met with a cleaner for Prospect Cleaning. Informally interviewing him on a Wednesday night around 6:00 pm on the second floor of the Melvoin Academic Center, we asked the employee, whose English was limited, about the procedure he followed when collecting trash and recycling. When asked if cleaners merged trash and recycling, he responded affirmatively. Then when asked if this was usual procedure campus-wide, the answer remained the same. However, adding to our confusion, about fifteen minutes later, when the employee reached Melvoin Commons and we asked him a final question, he began to explain that actually, recycling and trash are separated. His changed response could be due to an array of issues (i.e. context, clarity), but is most likely because of a language barrier.

Our most concerning discovery pertains to the dumpster behind the dining hall. On three separate occasions (12/6/16, 1/11/17, and 1/25/17), we checked the contents of the dumpster. Bags with recyclables from buildings Melvoin, Morse, and Science had been mixed with bags of trash on all three days. According to Mr. Young, the dumpster at the dining hall is only supposed to include trash, since the waste disposal company picks up contents of the dining hall dumpster and discards them as trash, not recyclables. As mentioned earlier, recycling bags are to be stored temporarily at the dining hall (propped up against gray bins next to the dumpster) before being relocated to Jordan. Thus, the fact that bags of recycling and trash were mixed in the dumpster poses a serious problem, as most of the recycling on Belmont Hill’s academic side is being treated and processed like trash.  Though our trash and recycling policy may be sound, the actual implementation is flawed.

By exposing these lapses in Belmont Hill’s recycling systems, we call for greater adherence to the current policies and procedures. We encourage everyone to employ vigilance around disposal practices. Should you witness recycling foul play, please contact Mr. Young, Director of Facilities. He can be reached at kyoung@belmonthill.org and is committed to communicating with Prospect Cleaning and making the proper changes.