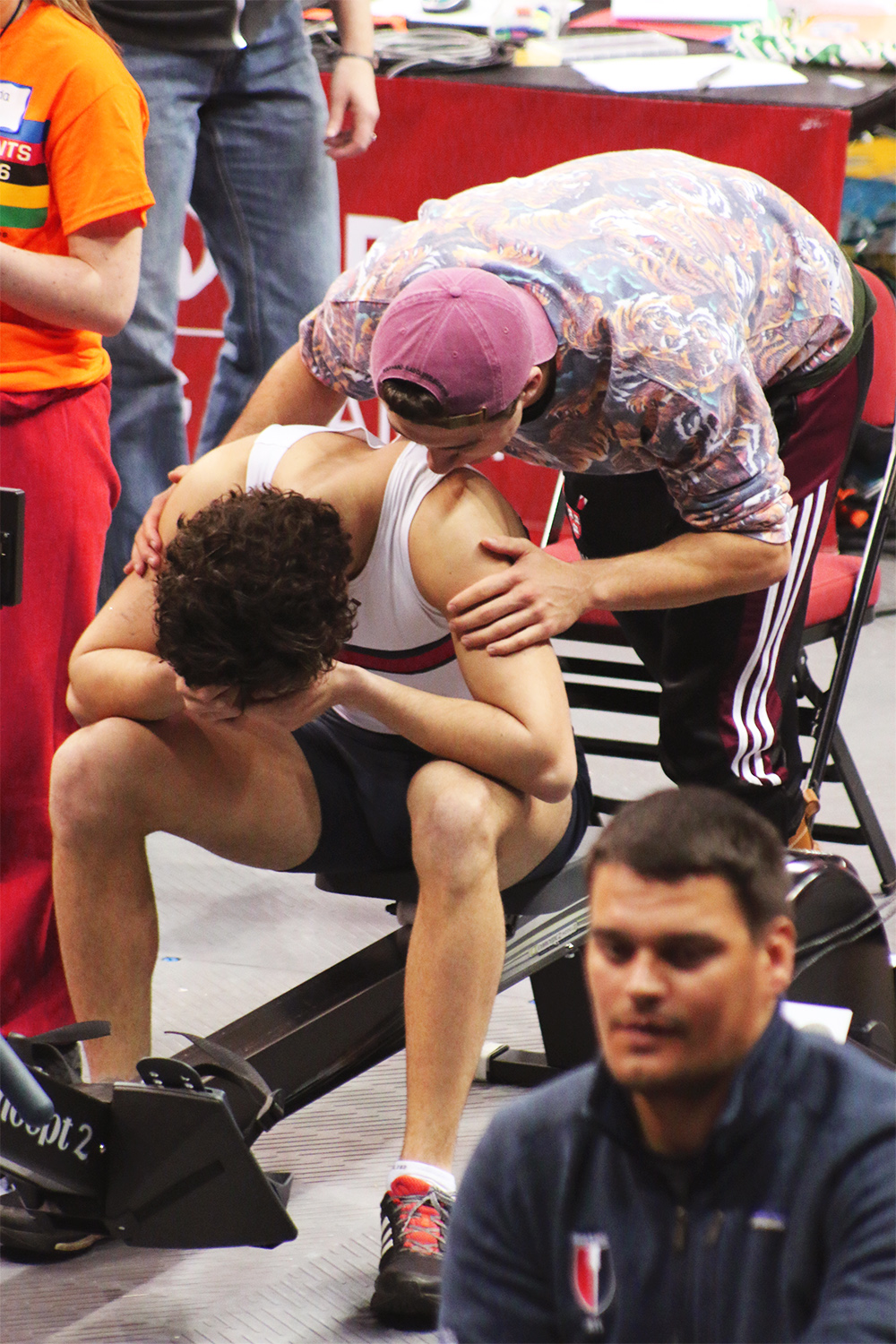 For many sports at Belmont Hill, there is always that workout. The workout that brings one to their limit physically, and then some. The workout that, when athletes hear that practice will involve it, they groan in despair. However, the pain of the workout pays off later in the season and inevitably gives Belmont Hill teams that extra competitive edge against their opponents. Such hard work pays off; Mr. Leonardis aptly calls it “putting money in the bank” during wrestling season. However, in the heat of the workout, that reward may seem ever so distant, and the pain can be nearly overwhelming. There is no shortage of such workouts in the spring season; however, the efforts of, say, the sailing team might serve best for a different kind of article. Few exercises reach the physical strain that accompanies those that follow, which some could argue are indeed the three hardest of the spring. These are the three sports that can claim to have Belmont Hill’s most excruciating spring workouts.

The infamous ergometer. A raw test of an oarsman’s strength, perseverance, and pacing ability: “the ergometer simulates the physical demands of rowing, packaging the pains with none of the amenities that make it worthwhile” (Stephen Kiesling). While a race on the water may indeed be painful, the movement of the boat, competitive spirit, and support from your fellow oarsmen help transcend the pain and make the experience worthwhile and, even, enjoyable. The erg not only strips away the pleasure of rowing and serves as a much more focused and intense exercise. So far this season the crew team has pulled several challenging workouts on the ergs, including a 26.2 mile (42,195 meters), 3-man piece on Marathon Monday. Often erg practices leave the crew team crawling off the machines from the pure physical strain. Whether long distance, intervals, or time trials, time on the ergometer is sure to be both difficult and important for the team’s success. Painful, yet ultimately worthwhile, erging stands out as one of the hardest workouts that Belmont Hill sports have to offer.

Running is the paragon of endurance sports, and track condenses all the pain of long-distance running into single sprints that test an athlete’s ability to exert himself to his limit. While running, a track athlete has to go all out, with many events requiring less pacing and more of an ability to fight back the pain as one pushes himself as hard as he can. According to the team’s Charlie Richards, hurdles seem to be one of the sport’s most challenging workouts. Jumping while at a sprint demands strength, endurance, and immense focus so as not to not knock over a hurdle. Recently, the Belmont Hill hurdlers performed an 8×300 meter hurdle workout, with each 300 clocking in at under 55 seconds. With a mere two minutes of rest in between, the conditioning from such hurdle intervals allows the Belmont Hill track team to stand out in the ISL.

Endurance is important in a tennis match, and the tennis team has no shortage of exercises to build it up. Named for British tennis player Andy Murray, the hardest physical workout that the tennis team performs is a set of interval laps around the track. With five laps in total, each 400-meter run must be completed in under 70 seconds, with little rest in between. The repetition of concentrated running without much down-time simulates the high intensity and quick pace of a tennis match. “Andy Murrays” are vital to building stamina, and success, for Belmont Hill’s tennis squad.