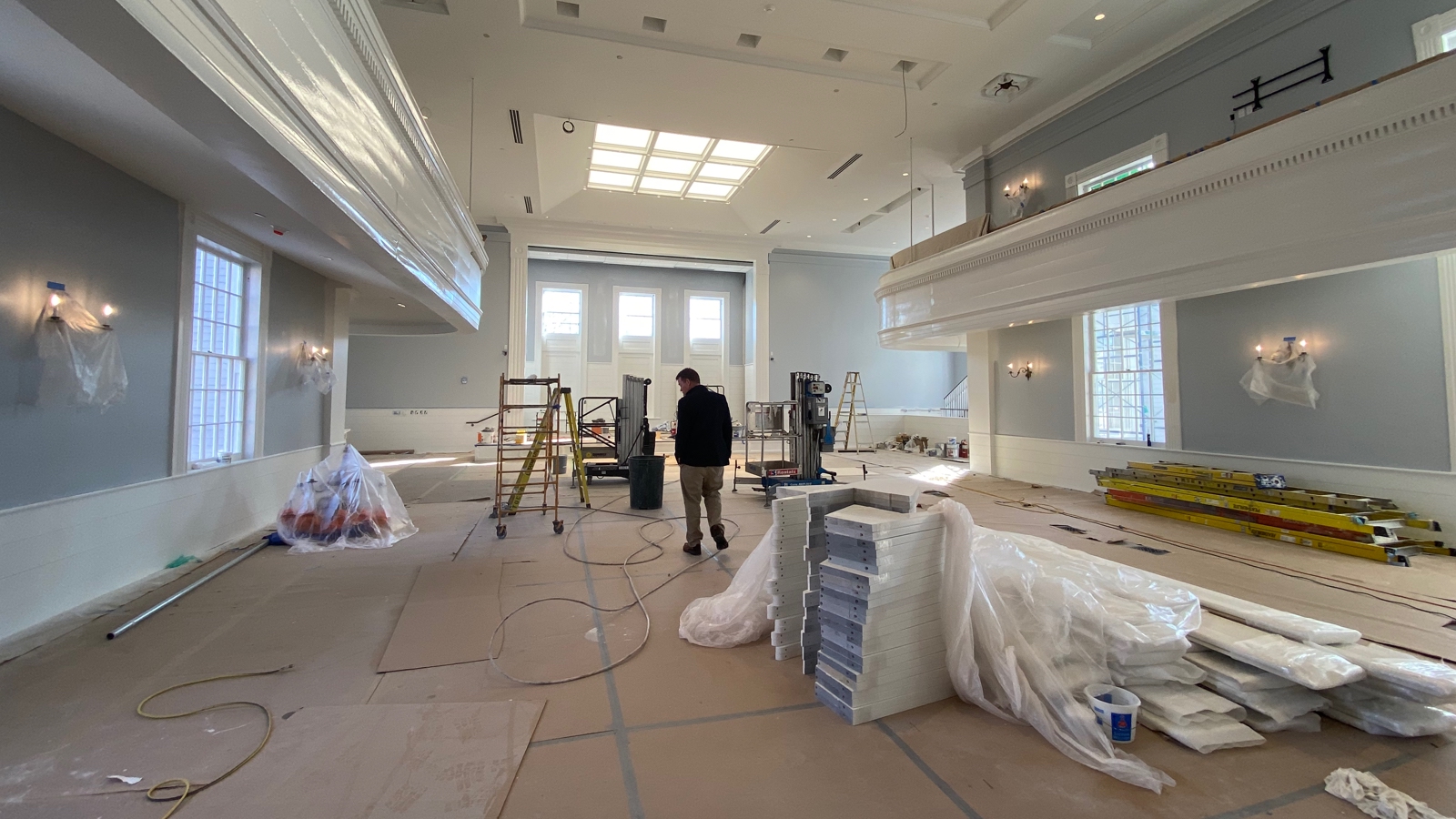 As the student body prepares for a well deserved two-week break in March, the Chapel construction nears completion. Almost nine months after initial demolition began, the quintessential Belmont Hill building will officially reopen the day students return from Spring Break on March 30th. While students have received a few updates along the process, there has been little information about the transformation in progress on our campus.

I had the chance to tour the new chapel space a few weeks ago with Headmaster Schneider. While we quickly slipped between the fence and walked to the old front doors to the chapel, Mr. Schneider explained his excitement and updates about the new space. Most prevalent to students will be the transition of the entrance to the chapel from the original doors facing the lawn, to the large door facing the maintenance lot. Although students will be restricted in entering the space, all the original doors will be used for exiting the chapel, thereby increasing the efficiency of the mass exodus.

According to Mr. Schneider, one of the main goals of the project was to preserve as many elements of the original building as possible, while updating and improving others. Students will easily recognize the upper level of the building, although it will be furnished with large display screens to ensure all students, no matter where they are sitting can see the speaker. Furthermore, the upper balcony has been impressively brought around the corner on each side into the new wing of the space.

On the expansive main floor of the space, currently devoid of pews, returning students will notice the impressive size of the seating area and prevalence of natural light. This is due in part to the installation of new windows above the speaking stage as well as the addition of a skylight. Furthermore, with the longer distance between the back row and the podium, students will find raised platforms of pews, engineered to provide the best sightlines possible.

In the basement of the chapel, there are two rooms crafted specifically for different student uses. Gone is the large classroom, instead there is a “green room” for student performers to occupy before concerts, as well as a large multipurpose room, very similar to the MacPherson Room in size and usage goals. Accompanying these spaces are new bathrooms and a kitchenette.

It is obvious that a large amount of thought and consideration has been devoted to each design choice in the new space, and students would do well to look forward to its opening in just a few weeks.