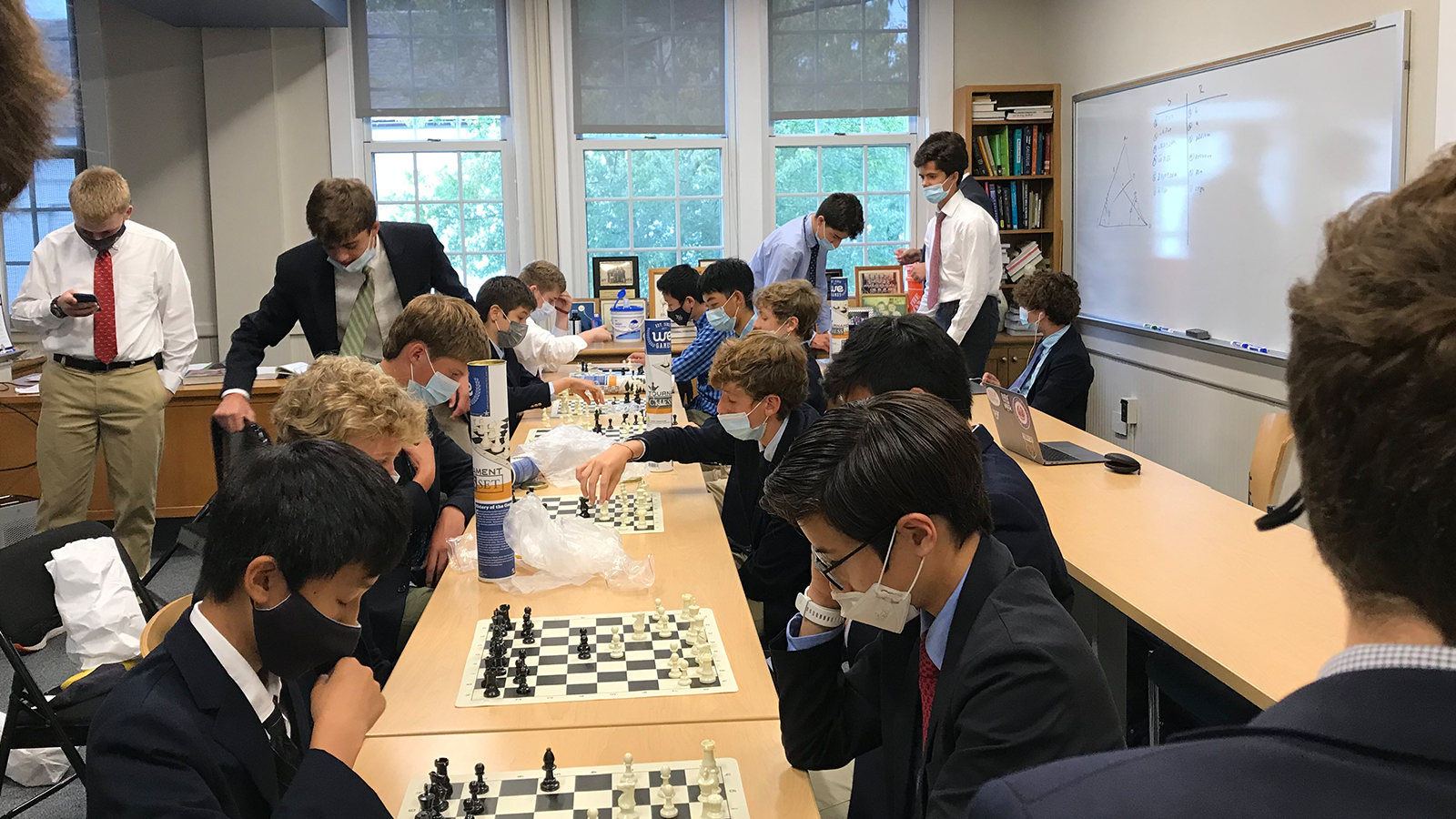 One of the fastest growing clubs at Belmont Hill is chess club. Led by Fifth Formers Alex Lo, Daniel Cho, and Malcolm Grant, the club meets every Friday at X Block in Mr. Brownell’s room in Eliot. While the club has thrived at Belmont Hill for many years, the club exploded in popularity in late 2020 with the release of Netflix’s The Queen’s Gambit. It has received tremendous interest ever since, and frequently fills Mr. Brownell’s room to capacity.

While chess can be an intimidating game for inexperienced players, chess club hopes to provide an enjoyable environment for all skill levels. The club welcomes beginners and seasoned professionals alike. No matter how much chess you have under your belt, you will be able to find equivalent competition at the club.

The club engages in a variety of games and play styles aside from standard chess. When not playing 10-minute chess matches, members like to play blitz, which is a rapid fire gamemode with a low time limit characterized by frequent mistakes and intense action. Additionally, the club has a history of playing game modes like doubles or even king of the hill.

Furthermore, the club plans on holding chess tournaments later in the school year, and hopes that encourages anyone to sign up. Regardless of skill level, the club promises to provide enjoyment and friendly competition for all. As club head Alex Lo ’23 put it, Chess club is “poppin’ off no cap.”