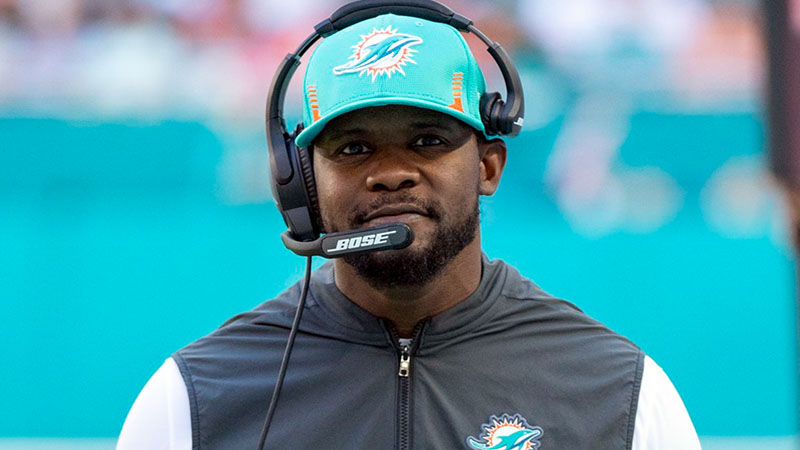 Brian Flores recently shocked the NFL by suing the New York Giants, Denver Broncos, Miami Dolphins, and the league itself for racial discrimination. Flores “was fired January 10th despite recording the Dolphins’ first back-to-back winning seasons since 2003,” per ESPN. Additionally, he was in consideration for the coaching positions under the Giants and Broncos during this year’s coaching cycle, whom he claims only offered him an interview to satisfy the requirements of the Rooney Rule.

The Rooney Rule was instituted in 2003 by Dan Rooney, the previous owner of the Pittsburgh Steelers and chairman of the league’s diversity committee. The rule requires that when holding interviews for a head coaching or general manager position, a team must interview one ethnic-minority candidate. It was established to foster a more equitable hiring environment for minority head coach and general manager candidates after the firings of minority coaches Tony Dungy and Dennis Green, who had previously been successful coaches. Additionally, the report Black Coaches in the NFL found that “despite winning a higher percentage of games, [minorities] were less likely to be hired and more likely to be fired than their white counterparts.”

As for Flores’ lawsuit, his claims go back to 2019, when he sought an interview for a position with the Broncos. He claimed that owner John Elway “arrived [at] the interview an hour late and hungover.” The team has denied that allegation, citing documents from the interview. Then, while head coach of the Dolphins, Flores was bribed by the Dolphins owner Stephen Ross to purposely lose in order to acquire a better position for the next season’s draft. Starting shortly after his hiring in 2019, he was offered $100k per game to lose. Then, he was pressured to recruit a “prominent quarterback” but declined to do so in compliance with the NFL’s rules against tampering. Both refusals left the owner dissatisfied with Flores and may have been part of the decision of his firing. His frustration culminated in January when Flores claimed that the Giants interviewed him only because of the Rooney Rule. He found out that he had not gotten the job after Bill Belichick mistakenly had texted him instead of Brian Daboll, another former Patriots assistant coach whom the Giants had hired. Flores’ lawsuit against the teams and the league was first reported by ESPN on February 1st. Since then, he has been hired as a defensive assistant and linebacker coach under Mike Tomlin, Head Coach of the Steelers.

When asking Coach Bryson Rosser, Head Coach of the varsity football team and a leader of DEI at Belmont Hill, about his opinions on the Rooney Rule, he said that “I think it’s unfortunate that the Rooney Rule has to exist, but I think in its origin, it was really impactful and successful because it had the support and the commitment of Dan Rooney.” Coach Rosser also stated that “I think there’s definitely a cohort of coaches who have done incredible work…who likely have been a byproduct of that plan being in place.” Coach Rosser noted that the rule should never have had to be made in the first place and that its existence is clear evidence of the racial injustice in the NFL. However, although it stems from a harrowing issue, Coach Rosser believes that the Rooney Rule was a step in the right direction and has helped many coaches of color have the opportunity to succeed and thrive in the NFL.

In conclusion, although the Rooney Rule was implemented to help improve the racially unjust system of the NFL and has provided many people with more opportunities, it is evident that the NFL must continue to strive for a higher level of equality for minority coaches within the NFL and pro-American sports as a whole. When asked about what the NFL should improve, Coach Rosser stated that “I think anything that is going to be successful must have the same origin story and energy of the Rooney Rule.  Dan Rooney was an NFL owner. [He] was in a position and willing to take a stand, and that’s what it’s going to take moving forward.” If the NFL is going to make further improvements to their coaching system, they need owners and people in leadership positions to step up and continue the principles that Dan Rooney established.