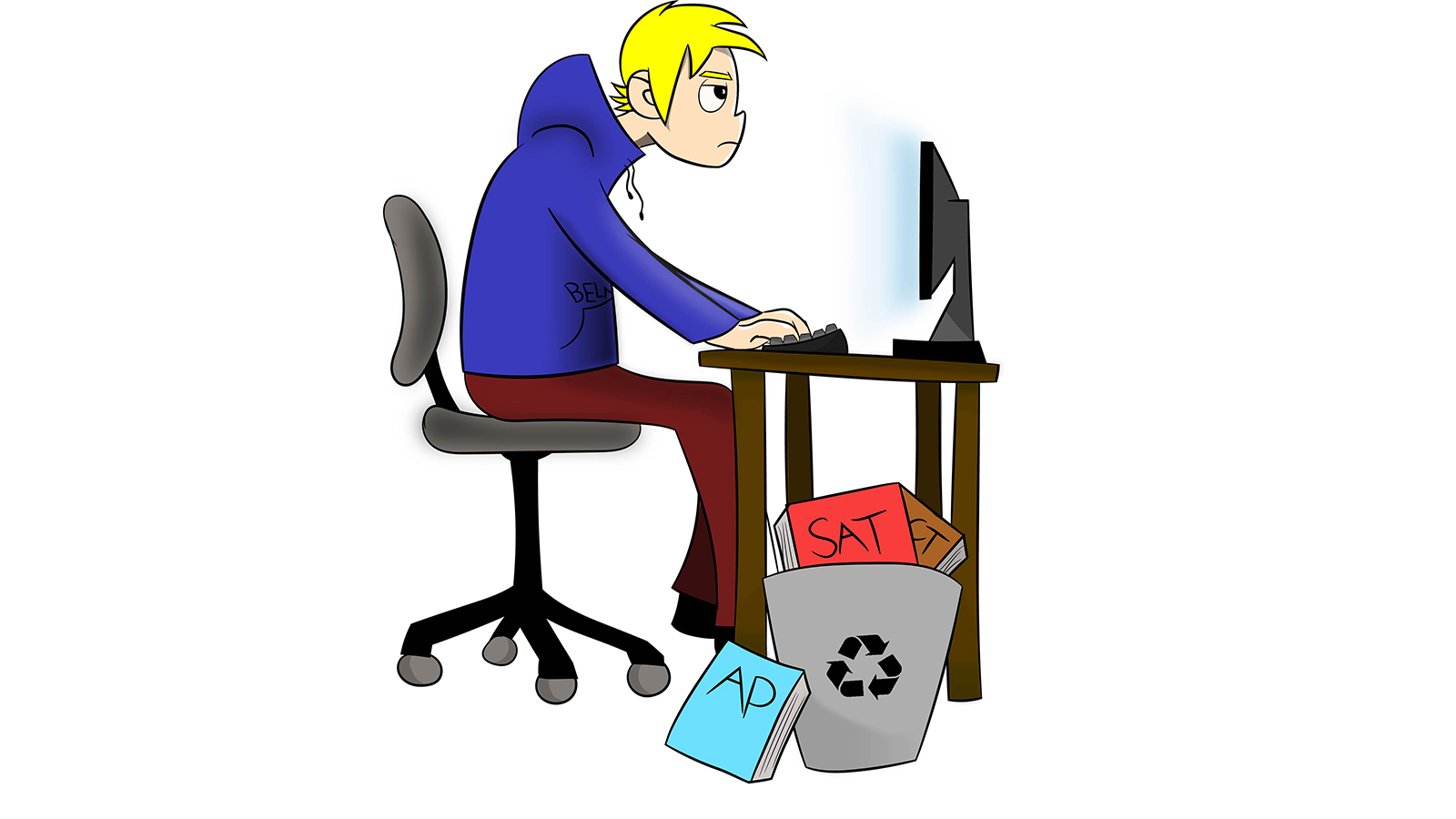 What hasn’t been put at the mercy of the pandemic? Seemingly everything has been, including a system known all too well by members of the upper school, standardized testing. Since the early 20th century, standardized testing has played an important role in the college admissions process, but what kind of changes will the ongoing situation cause to this century-old practice?

The outbreak has forced cancellations of a number of SAT and ACT test dates as well as changes to the AP tests this year. The reasons are obvious: the environments in which these tests are taken are not compatible with social distancing guidelines, and face to face school closures alter the prospects of AP student preparedness. While a number of SAT and ACT tests have been cancelled, the College Board is conscious of completely erasing the work done by students and teachers, and thus AP exams have shifted to 45 minute, open note, online tests that will only assess a portion of the material outlined in the AP syllabi.

These changes put millions of high schoolers in a tricky situation. For juniors who haven’t taken the SAT or ACT yet, or aren’t happy with their scores to date, there are not many options right now. Both the College Board and a number of colleges are aware of this situation. The College Board outlined their plan in an email sent to students on April 15th, saying, “If it’s safe from a public health standpoint, we’ll provide weekend SAT administrations every month through the end of the calendar year, beginning in August.” However, they are still cognizant of the possibility that this may not be feasible, telling students that they are developing an online test similar to the AP exams. Nevertheless, Belmont Hill students will benefit from the fact that the school has been approved for school day testing in October for both the SAT and ACT, if possible.

A number of colleges have taken steps to alleviate the stress of millions of rising seniors by waiving testing requirements for admission next year. These include a number of schools that Belmont Hill frequently sends boys to, including Williams, Amherst, Tufts, Northeastern, and Tulane. I suspect that the number of colleges adopting this policy will rise as the unpredictable reality of COVID-19 continues.

The standardized testing topic is a tricky one. On the one hand, it’s deeply flawed, for those with the means can purchase tutors and practice materials that have been proven to boost scores, thus leaving students whose families can’t afford these materials in the dust. The College Board knows there is a market for test prep and testing in general and is smart enough to know that there is a lot of money to be made. One only has to look at the cost to take one of the company’s tests, as well as the prep materials they offer to realize this. On the other hand, students whose schools don’t offer rigorous curriculums or ample extracurricular opportunities can take advantage of testing to strengthen their applications. However, I’m hesitant to call the system a net neutral one just because both of these aspects are conditional on things outside of the student’s hands; they can’t control how much available money their families have to invest in test prep or the opportunities of their school.

To repeat what we hear daily on the news, the changes that will come as a result of the pandemic will be significant. But looking at its effect on the college admissions process will be interesting for the high schoolers like us, who are on the verge of joining the admissions game. Whether or not all colleges will shift towards a test-optional process for next year is yet to be determined, but it’s no secret that whatever happens will have lasting effects on the future of standardized testing. If the majority of schools are forced to go test-optional, what kind of changes will take place in the type of student they admit? Will they permanently change their admissions policies? Each year, more and more colleges decide to drop their testing requirements, but will this pandemic be the final force that will push all colleges to this decision? I think at times like these, where a definite change is imminent, it’s important to look at the privilege we are afforded as students of Belmont Hill. We not only are provided with SAT and ACT prep with the school, as well as extraordinary college counseling support, but are also given ample extracurricular choices and opportunities. Specific to this situation, we shouldn’t forget the privilege provided to us by attending Belmont Hill.