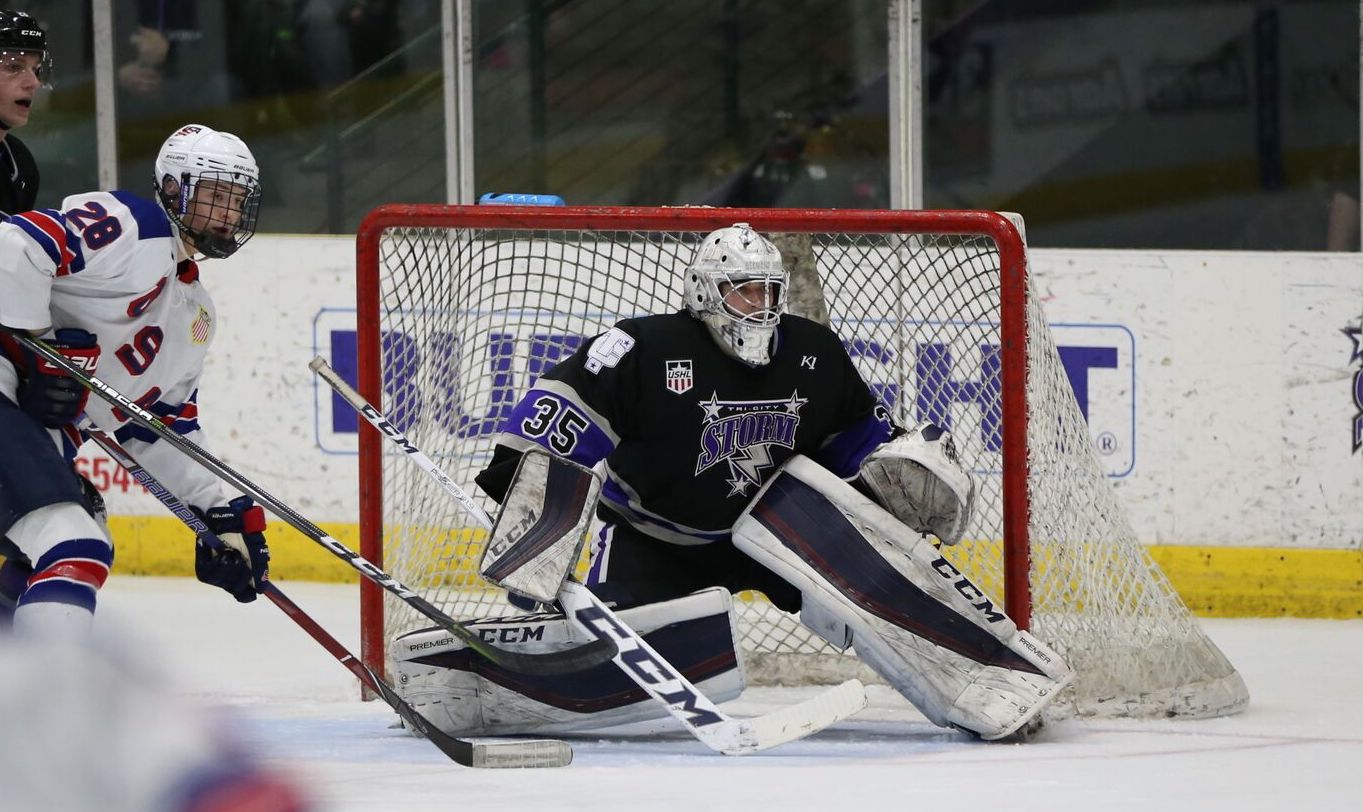 Mere days before being officially named The Panel’s Athlete of the Issue, Connor Hopkins ‘19 told close friends that within the next 24 hours he would be getting on a plane to Nebraska to play Junior Hockey with the USHL’s Tri-City Storm. By the time word spread around campus, Belmont Hill’s star goaltender and Yale hockey commit was already on his way to the Midwest. The community was shocked by Connor’s sudden departure but excited by the prospect of one of their own playing in a league many consider to be a stepping stone to the NHL. The significance of the call-up was not lost on Connor, but he was not intimidated by the stage. “It was such an awesome experience going out there,” Connor reflected, “With that being said, once you get past all the lights and intros and big arenas, you are still just playing hockey.” But from the time he stepped into the 5,500-seat Viaero Center, he knew he was a long way from the quiet Wednesday night games of the ISL.  “My first start was against Des Moines and the crowd was pretty hostile. I’ve never experienced thousands of people yelling your last name before so in a way it was really cool.” Everything, from his living situation to constant team commutes, was a new experience. “When I was out there I stayed with a host family and they were incredibly nice. The travel out there is long, so that was something you have to get used to. The longest trip we had during the month I was out there was to Chicago which was about a 10-hour bus ride.” When asked about his adjustment to the Semi-Pro Hockey culture in the Midwest and the USHL, he commented, “The lifestyle out there was definitely different, and it took a few days/weeks to get used to. I mean, your life completely revolves around hockey. So for the first time, I was playing the sport like it was my job, and that is exactly how you have to treat it out there. It was a good taste to see not only what it is like but also what it takes to play at the next level.”

While playing for the Storm, Connor adorned a number 35 black and purple jersey in five games, posting a win in his first career start and a tight shootout loss in his second. With the new team, Connor retained his school pride, keeping his familiar Belmont Hill-colored white, blue, and cranberry pads, glove, and blocker as well as his signature off-white helmet, featuring pictures of a Sextant, the Chapel, and other school-related symbols. Though he is now back in the Northeast, Connor has not lost touch with his new teammates, and hopes to reconnect with the Storm soon:  “All the guys were great,” Hopkins says. “I’m excited to see what the future holds.”

While hockey consumed a large portion of his time in Nebraska, Connor managed to stay current with his school work. As Connor’s mother explained, while he was out of state, the school treated his absence as if he were a student studying abroad, sending him school work to be completed within reasonable deadlines and working with him on extensions and postponements for larger class projects. He even took his SATs between practices at a high school in Nebraska on March 10th, just as many Belmont Hill students took theirs.

In the late days of March, the Belmont Hill hockey team and junior class were pleasantly surprised by their two-year starter’s unannounced return to Massachusetts and to classes on campus.  After returning from Nebraska, “Hop” is eager to play his third season of Belmont Hill Varsity Baseball at catcher and hopefully lead the team to the ISL title. Though his time in the USHL was short, for Hopkins, the experience of a lifetime is only the beginning.