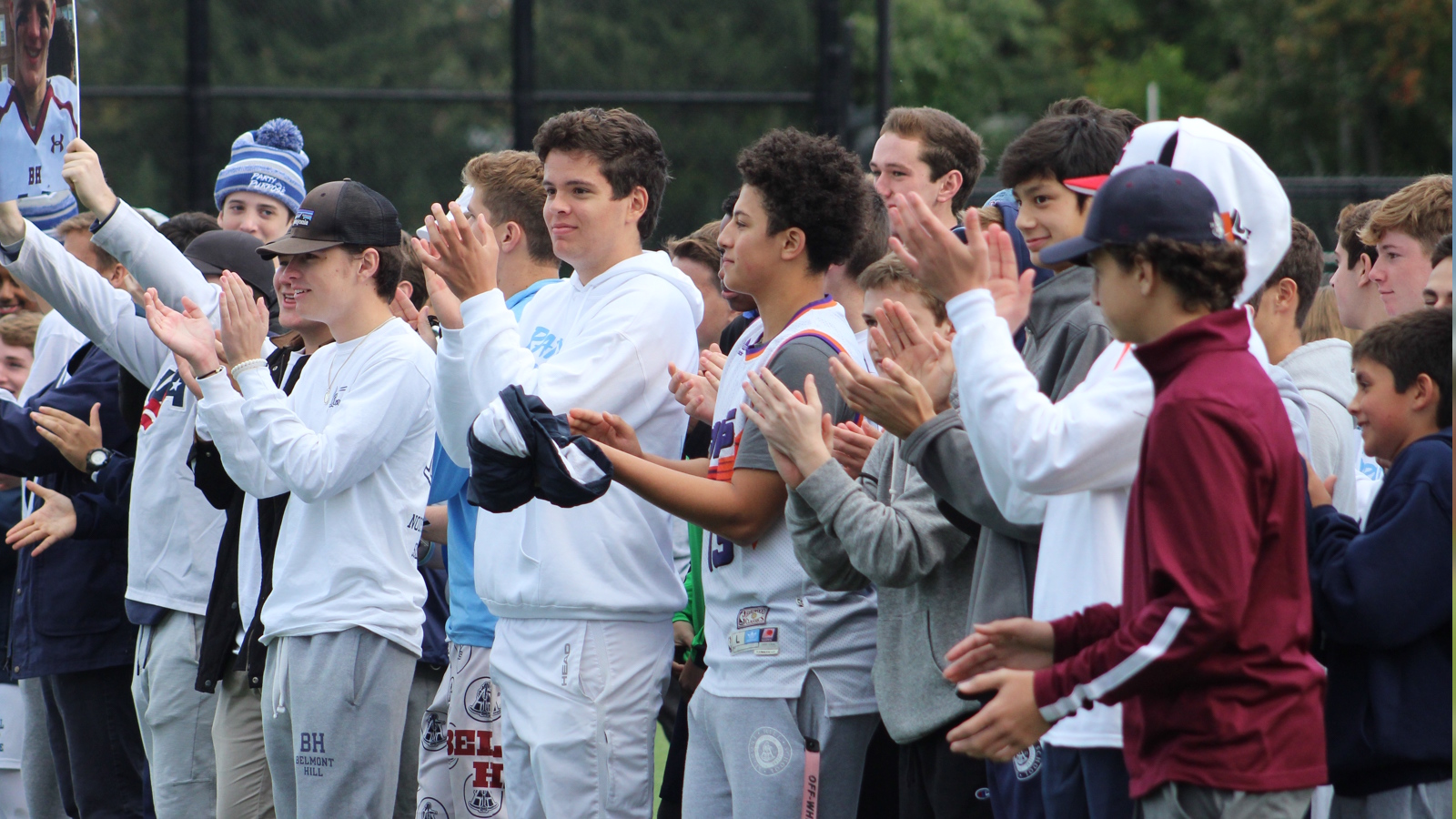 Chants have long been a staple of attending Belmont Hill sporting events. Whether in the stands of the Fritz gym or behind the end zone in the fall, chants from the Loop symbolize Belmont Hill’s unity and school spirit. According to Loop leader Lawson Morris ‘19, they are now being “censored.” Where the Loop once gleefully shouted hostile chants targeting an opposing team or player, their chants are now largely innocuous. “Let’s go, Belmont!” is yelled repeatedly and “You can’t do that” is “borderline,” says Morris. The recent ban eliminates a number of iconic, past chants from the Loop’s repertoire, including: “Safety school!” and “Number fourteen wears socks in the pool!”

Proponents of these types of chants claim that they illustrate Belmont Hill’s athletic fervor and sense of humor, but clearly the school won’t budge on its prohibition of chants which they deem offensive. To adjust to the new rule, current Loop leaders Lawson Morris and Andrew Holland ‘19, will need to get creative with inventing new chants to energize fans and athletes. And, if they run out of ideas, they can always look to the past. The following chant from a video produced by former Loop leaders, Callen Morris ‘16 and David Perdoni ‘16, stands out as prime material: “Don’t you know! Pump it up! Come on and pump it up!” The banning of controversial chants shouldn’t impede the Loop, as long as its leaders can come up with new and interesting ways to pump up a crowd.