Belmont Hill and Winsor Crew Spend the Fall on the Water

Belmont Hill and Winsor Crew Spend the Fall on the Water 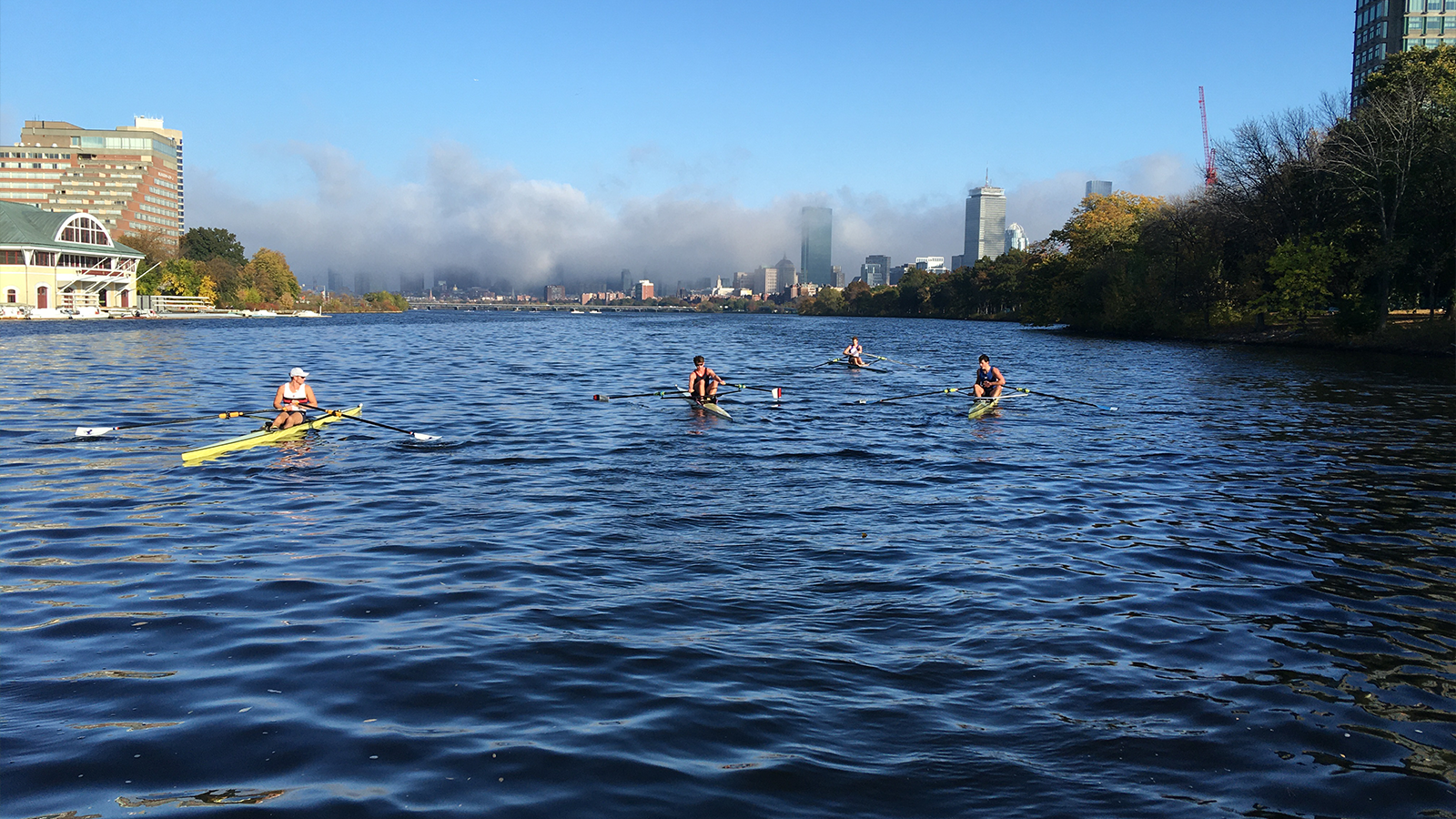 Rowers in the Middle and Upper school enjoyed the fall foliage and uncharacteristically warm weather on the Charles River during their fall season. Unlike typical seasons where Belmont Hill oarsmen row in four-man and eight-man boats, the Covid-19 restrictions only allowed for boys to row in singles and doubles/pairs. These smaller boats are much less stable than a four or an eight, forcing rowers to focus more on the technical aspects of the sport. The novice rowers in particular demonstrated great technical improvement, having started the season in tubbies (trainer boats). Yet by the end of the season, all rowers could hold their own in racing singles with ease. These strides could not have been made without the six high-level coaches that came out on the water every practice determined to help students move boats faster. In particular, John High ’19 has been a great addition to the staff. Although it’s unfortunate that John can not be rowing with his teammates at Princeton due to COVID-19, rowers on the team were ecstatic to see the former Belmont Hill captain on the coaching launch.

Unlike past years where there were cheers from tens of thousands of fans at the Head of the Charles, this year the event was virtual and fans did not line the riverbanks. Despite the lack of the crowd, Belmont Hill rowers showed up determined to succeed in the time trials and to raise money for rowing diversity initiatives. To start the day, the younger boys, many of whom had never rowed a race before, lined up one by one at the BU bridge. All the younger rowers had a great pace and managed to properly navigate the windy Charles River and pace themselves through the three-mile course. Once the novice boys passed the finish line, the seven seasoned rowers started up. For seniors, Christian Eikeboom, who rowed a single, and Nicholas Hebard and Tyler Forg, who were together in a pair, this was the last chance to leave their high school mark on the Head of the Charles. By the time the race was over, it was evident that all the boys gave 110% effort and the coaches were pleased with this grit.

In the face of the Coronavirus pandemic, much like the program at Belmont Hill, Winsor’s fall crew season needed to be reimagined to fit in with guidelines. Instead of the usual fours and eights that Winsor rowers practice in, rowers got the opportunity to learn to scull in singles so that they could spend time on the water while maintaining social distance. Rain or shine, at 6:30 each morning team members led by the team’s four coaches gathered at the boathouse to hone their skills. When not on the water, the team gathered on daily zoom meetings for core circuits and conversation. Alex Lee ’21, one of the team’s three captains, emphasized that the team really took advantage of sculling as a learning opportunity, and she added that the team hopes to compete either within themselves or with other schools on the water in the spring. The real uniter of the team, though, was the intramural competition of two teams for who could log the most hours of cardio. From the season’s beginning in September to its end in early November, the Winsor crew team was split into two teams, red and pink, with each team member responsible for logging their hours and working to bring their respective team to victory.

Though both teams lost the opportunity for a normal season, the chance to work together was not overlooked. At both Belmont Hill and Winsor, rowers are gearing up for a tough winter training program and plan to be ready-to-race come the spring season. Regardless of what the spring has in store, both teams will make the best of the situation and remain focused on improving their skills and becoming a closer-knit team.