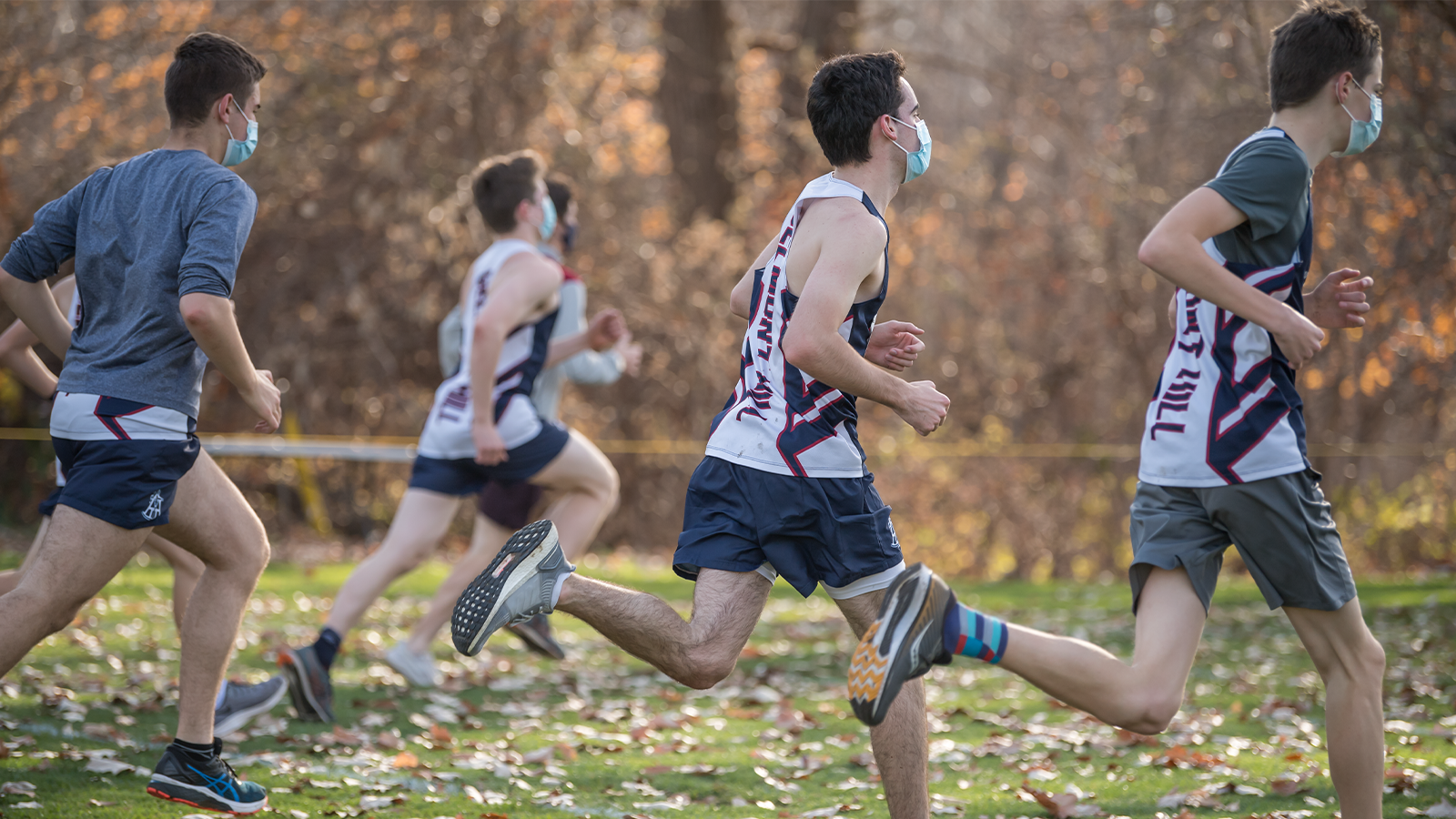 Starting with a significantly limited season, the Belmont Hill XC team made the most of its opportunity and was able to keep team morale high while enjoying practices and chances for competition. Considering the limitations presented by COVID-19, the team members were ecstatic to have the opportunity to practice and improve their running skills throughout the first few months of the school year, and appreciated the chance to compete safely during these times. This year’s team was led by captains Sreetej Digumarthi ‘21 and James Donahue ‘22. The team had to adapt by changing the practice schedule and other standard parts of the season. This year consisted of two on-campus practices and four practices finished individually at home. A few examples of practices included the all-time favourite of Wonderview, where team members practised continuously running up and down a hill in Arlington, and training on the community farm trails where the team normally hosts its races.

In total, the XC team raced in four scrimmages with Roxbury Latin, St. Sebastian’s and Nobles. The team won many of the scrimmages while graciously accepting defeat as some very close scrimmages led to disappointing losses. The team had two seniors, Abe Tolkoff ‘21 and Sreetej Digumarthi ‘21, who will be departing, but the team still shows promise for the future with many on the team hitting their stride and preparing for the season next year. When asked about the season, Coach Decaprio stated, “the dedication of our runners despite the restrictions on the season led to a fall highlighted by comradery and improvement at all levels of the team.” The Panel congratulates the XC team on a great season and wishes the seniors on the team the best of luck in their future endeavours.