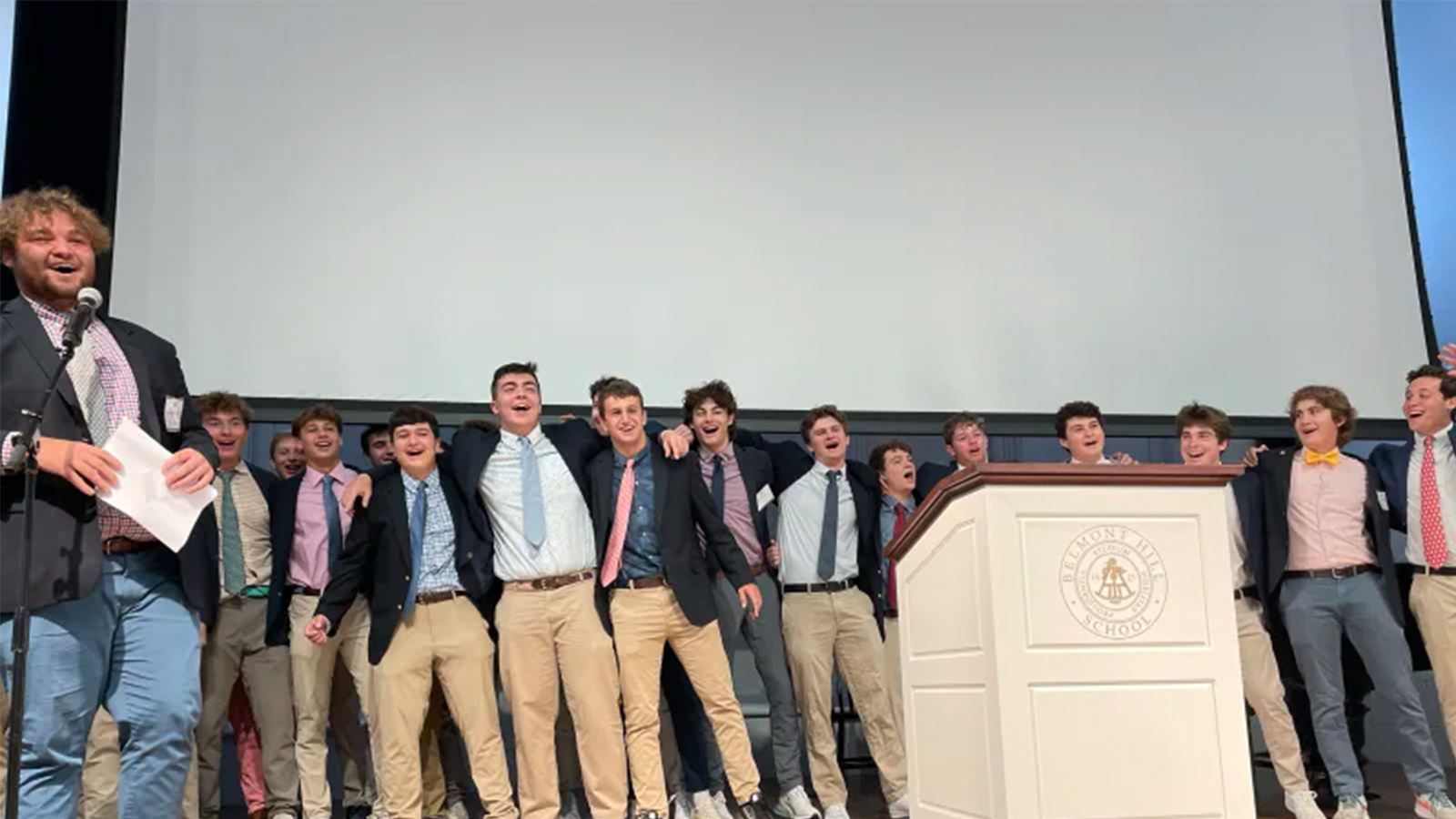 At the end of the first Friday Forum of the year, Dave Lograsso ’23 concluded the meeting with a beautiful rendition of Leonard Cohen’s “Hallelujah.” Dave’s first memory of singing goes back to when he was in third grade on his way home from a football game. While in the car with his dad, Dave began picking up on and singing the lyrics to “Black Rock” and immediately fell in love with the art. Since then, he remarks, “music and singing have brought my family together.” He says everyone in his family enjoys singing and admits they are all pretty good at it. In addition to memories with his dad, Dave also rejoices in singing in church with his mother. He appreciates the connectivity and atmosphere of the place, enabling him to “feel the vibes of everyone” and undergo what he described as an “out of body” experience. For Dave, singing unlocks an entirely new world.

Dave remembers hearing Hallelujah for the first time at the funeral of a loved one, where most of the crowd came together to sing along. The crowd mentality and the powerful emotions of the day resulted in a memory ingrained in his mind. He says that he “continues to sing the song daily.” It means a lot to him for the memories, spiritual relations, and emotional connections.

Dave had not had much history in singing performances but wanted to try something. Daniel Drucker ’23 convinced him to sing at the recent chapel. As a practice run, he got up and sang before one of the Varsity football meetings, where he received praise and confirmation to carry with him for his big performance. While many of the team’s upperclassmen joined him on stage, Dave was the star of the show, and his performance was met with thunderous applause. A video recording of the show can be found on the Belmont Hill website. Congratulations to Dave on his incredible performance, and The Panel wishes him the best of luck in his future singing endeavors!