Debate of the Issue: Monkeys vs. Otters

Debate of the Issue: Monkeys vs. Otters 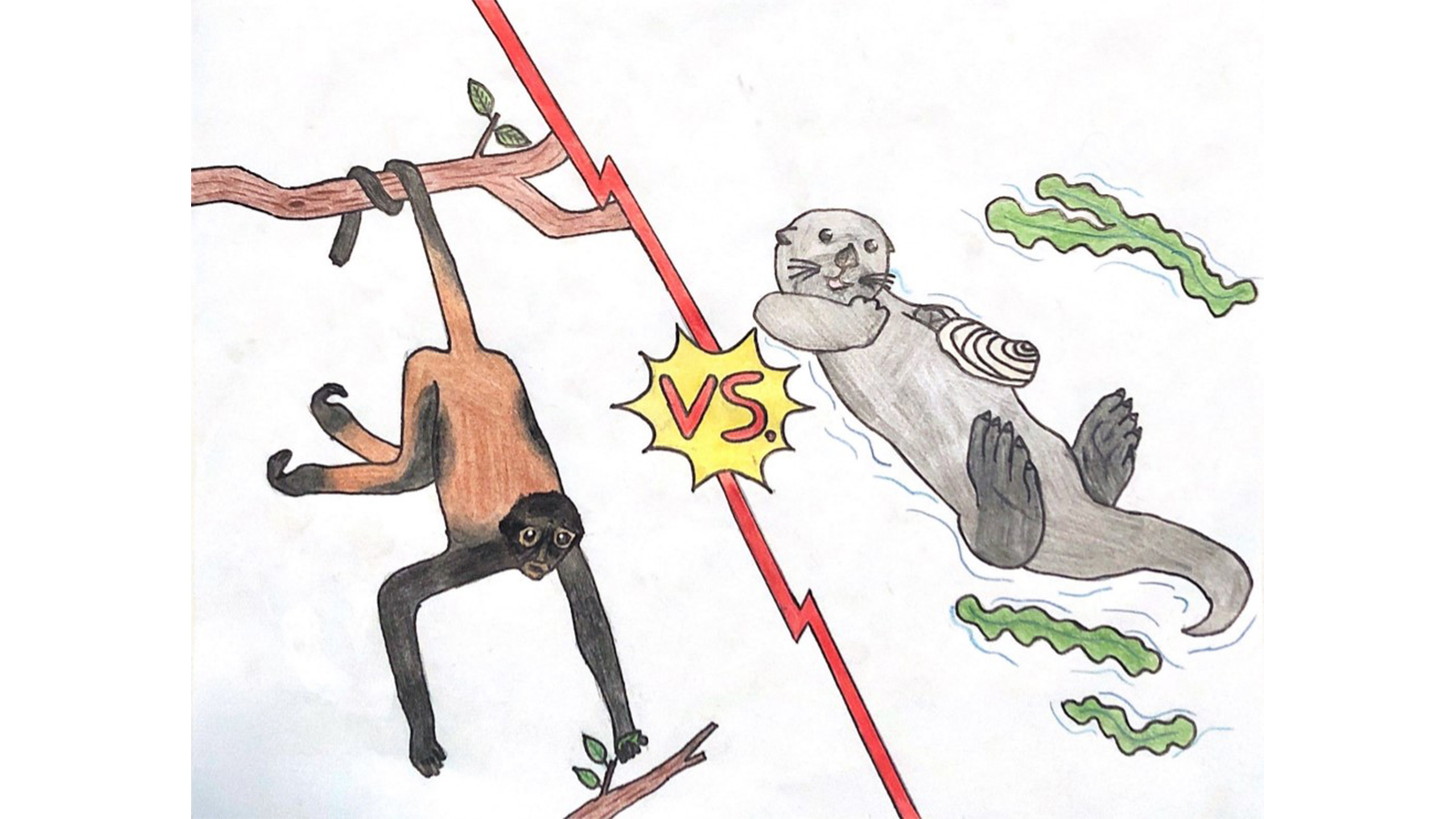 The first zoos were constructed by the elite in order to flaunt their wealth, a classic case of conspicuous consumption. However, as society has evolved, so too has the culture of zoos, and in the 18th century, the modern conception of the zoo took form. Now, in the age of advanced media, humans have returned to nature, once again altering conceptions of our relation to the animal kingdom. On the internet today, it’s hard to avoid animal videos. Still, there is diversity of thought among consumers. What species does one go to in order to get the joy that comes from watching animals? The answer to this question shows a lot about a person. Adam Alto ’21 and Henry Moses ’21 weigh in on this conversation.

Monkeys are badass. You always see them swingin’ from the trees, eating bananas, and just being goofballs. Just writing this makes me want to hoot like a monkey and jump through the lush canopy of the Amazon rainforest.

Monkeys, for the most part, aren’t cute, and I admire that. They are lanky and hairy and toothy, and they aren’t afraid to be absolute lunatics. Truthfully, monkeys have more fun than any human ever could, and look delightfully terrifying in the process. Otters, on the other hand, are lame. They might toss a ball around or go for a float, but that’s about it. In fact, all they do is look cute, which seems to be the source of my opponent’s love for otters. While being cute is relatively valid when it comes to animals, otters only have their cuteness. Monkeys, however, have the best of both worlds. Many people would agree that baby monkeys easily trounce otters in the cuteness contest, and that adult monkeys are much more exciting to be around than a lazy adult otter.

Monkeys are also an incredibly diverse group of animals. Underneath the umbrella term “monkey” resides more than 260 species of primates; the mere 13 known species of otter looks pathetic in comparison. Monkeys live all over the world and come in many different shapes and colors, which adds to their value as a species and speaks volumes about their evolutionary superiority over the otter. Also, according to Darwin, humans are descendants of monkeys; they are our closest brothers and sisters among animals.

To conclude, monkeys are the Chads of the animal kingdom. They know how to have a good time and make people laugh, which I feel is critical to success in both the world of monkeys and humans. Although some people might think the monkey’s free-spirited nature and brashness is “scary,” it is clear to me that this animal is proactive about having fun, a quality the otter is sorely lacking’ in!

Nothing brightens my day like scrolling through Instagram and seeing a video of an otter. Man, the feeling is unmatched. Just writing this is putting a smile on my face.

To start my argument, I’d invite you to consider the nature of the otter. These playful little creatures are undeniably cute. They spend their days swimming and eating, and really just chilling. You really can’t knock that lifestyle. While I can admit that some monkey videos are pretty cute, every time I watch one, I can’t help but feel a little bit of fear in the bottom of my stomach. A monkey can really mess a person up; their strength is alarming. Just google “monkey attacks person” and watch the videos. You’ll never view monkeys the same way again. I don’t get that feeling with otters because they’re essentially harmless. The worst they can do is nibble your skin with their little teeth or scratch you with their nails. A lot of what happens in the world today is scary. Why would someone want to actively pursue scary things online? This seems like a question my opponent should ask himself.

I’d now like to give a bit of a sampling of the kinds of otter videos that are out there in an attempt to pique someone’s interest. The foremost otter instagram is @ponchan918, who is also the owner of a youtube channel called “otter familyカワウソの竹千代と葵.” In what I think is my favorite video, an otter is swimming circles inside a small basket, while simultaneously delighted by the water hose the human is spraying it with. Everytime the otter looks up at the camera, a little smile is visible, joy radiates from its face. Then, the otter hops out of the water and starts trying to catch the water coming from the hose with its paws. It’s adorable! Both myself and my opponent would be hard pressed to find a video of a monkey as cute as this.

To close, I’d like to ask you to consider something. The world is a scary place. The internet is a scary place. Still, a lot of us turn to the internet to escape the scariness of the real world. It’s undeniable that this is the case. What would you rather find on the internet? Cute otter videos or monkey videos that leave you feeling a bit scared?