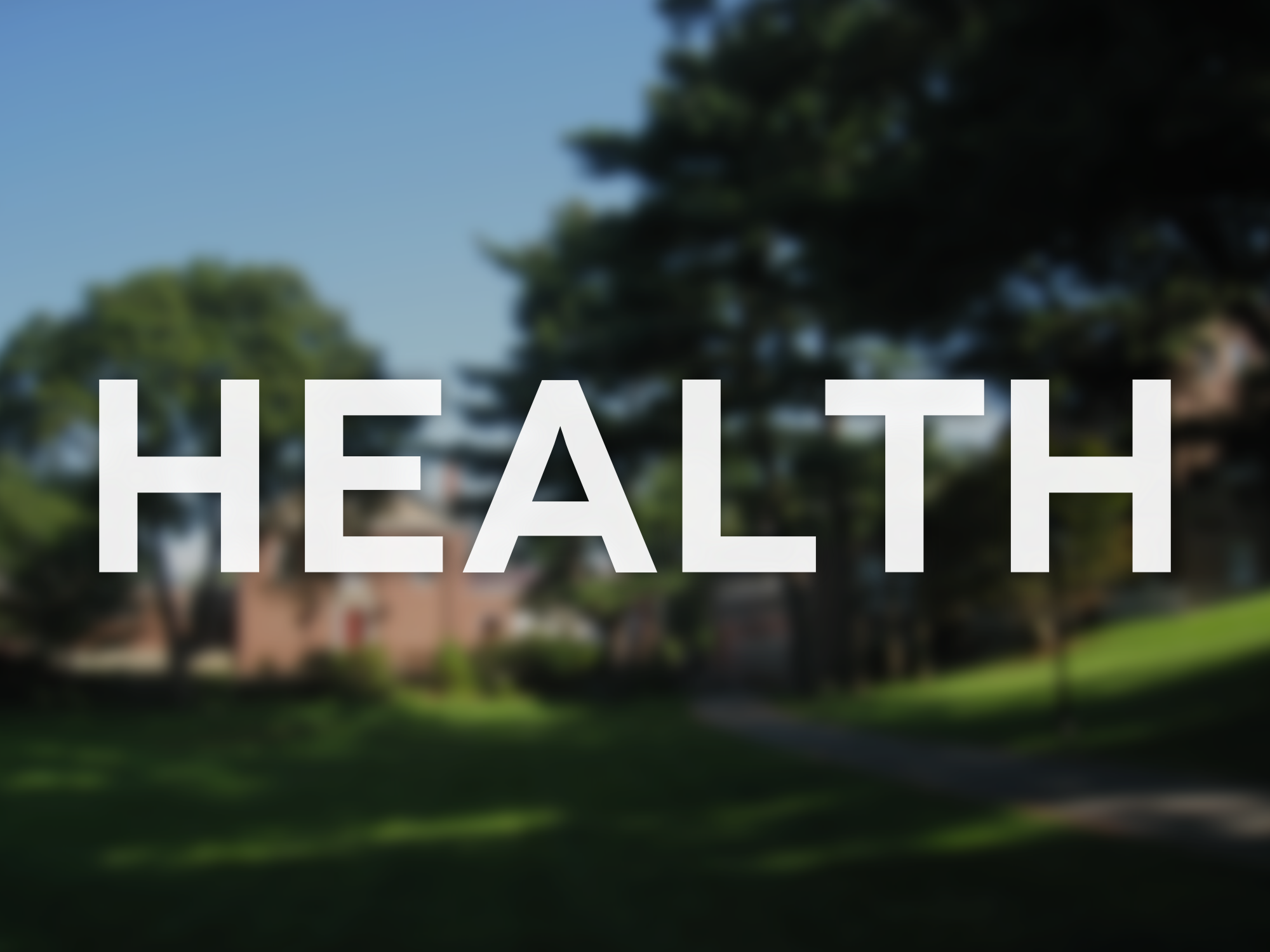 When I first asked Mrs. David about Belmont Hill’s sex ed program, she chuckled a little from behind her nurse’s desk. “What program?” she inquired. Then, she walked to the back of the Health Office and retrieved an old blue bag bursting at the seams. It contained an array of miscellaneous sexual health items – packs of condoms, diaphragms, tampons, and things I didn’t even know existed. “This bag holds all that’s left of what we used to teach students,” she said.

“I haven’t brought it out in years since this part of the curriculum was cut.”

Belmont Hill has never developed a very large sex ed curriculum by today’s standards, but over the many decades that Mrs. David has worked as the school’s nurse, she has actually seen it shrink. In the 1990s, she and Mr. McAlpin used to teach Form I about anatomy, relationships, and the consequences of risk-taking for seven sessions. Those classes however, were abolished after a few years to make room for more academic class time. Since the 2000s, she has taken 40 minutes in Form I Science and Form IV Biology to educate students about the fundamentals of sex. But the Form I seminar has been eliminated from the schedule, and her meeting with Biology students doesn’t necessarily occur every year. It was removed last year, for example, because of snow days.

The only formal class that the school now offers appears in the Form II curriculum, where boys meet for three one-hour sessions with the school’s health professionals to talk about the basics of sexual education. “I’ve almost given up the fight to improve sex ed,” Mrs. David said.

“The information students learn in those classes might not be as intellectual as concepts in physics, but it will be pivotal when they have to enter the real world and make life-changing decisions. And we’re not teaching them nearly enough now.”

A recent movement led by students and faculty in the Senate and the group Students Against Destructive Decisions (SADD) to improve Belmont Hill’s sexual education program has pushed many to consider the value of adding not only a sex ed program, but a more general “Health” class to the schedule. In addition to covering sexual education – specifically topics such as sexual orientation, sexually transmitted infections (STIs), healthy relationships, sexual harassment – Health would also educate students about drugs and alcohol, mental wellness and stress management, racial/gender/religious diversity, bullying, and nutrition. The specific material varies from school district to school district as well as from grade to grade depending upon what the school deems appropriate and developmentally relevant.

The benefits of a Health class are myriad. Numerous longitudinal studies around the globe have shown that the implementation of such curricula correlates with lower teen pregnancy, delayed sexual debut, reduced average number of sexual partners, curbed sexual risk-taking behaviors, increased contraceptive use, reduced use of drugs and alcohol, and decreased prevalence of psychological stress. One paper even asserted that it boosts math & reading scores (though I can’t exactly explain that correlation myself).

Though there is no Health class integrated into the schedule on the Hill, the school does offer important programs where students can discuss Health-related topics. Special student-led clubs, such as Peer Leaders, often hold programs for boys about alcohol, bullying, and dating. Guest speakers – Will Slotnick, Bob Bigelow, and Urban Improv – visit campus throughout the year to get students thinking about drug use and sexual harassment. From ninth graders in Dr. Melvoin’s Ethics class to tenth and eleventh graders in Fishbowl to twelfth graders in TYSK, students discuss the negative effects of sexual and drug-related risk-taking behaviors.

But many believe that those short seminars are not enough.

“The programs we currently have about alcohol and stress are certainly valuable, but they’re just too fragmented to effect the benefits we are hoping for,”

says Mrs. David. “A Health class, however, connects information from the discrete programs Belmont Hill offers and a host of new material in a streamlined course.” Furthermore, the current program only covers a fraction of what most semester-long courses examine, and many activities are led informally by students who may not be as well-informed as a professional.

As the Director of Counseling and an influential confidante for boys at Belmont Hill, Ms. Schmunk understands the need for a larger Health program.

“These are the years when guys develop the foundations of their character, and I have found that our boys are eager to explore these issues,”

she says. “The school has provided opportunities for growth through individual speakers, workshops, programs and support groups. We have not, however, offered a consistent, thought-out Health program where boys could meet weekly and process the non-academic issues in their lives.  This would be a valuable experience for our boys as they move through adolescence.”

Though our male counterparts at Roxbury Latin and St. Sebastian’s schools have a similar paucity of formal Health classes, the majority of schools in our area have implemented substantial programs. Winsor girls are required to take 3 semesters of a robust Health course to graduate high school.

“Throughout my years at Winsor, the experience I have had in my many health classes has been invaluable,”

says Rebecca Koppel, a senior at Winsor. “I’ve learned so much about so many different, important topics – I’m not sure where I would be developmentally without it.”

Additionally, most of Massachusetts’s public school systems choose to offer a comprehensive program despite the lack of a legal requirement for Health classes. In Winchester and Newton, for example, students are required to enroll in Health classes as early as 6th grade, and these continue as core classes through senior year.

So without a Health class, where exactly do Belmont Hill students get their information? The programs that the school offers are undoubtedly informative and thought-provoking, but some boys feel that even those cannot answer all of their questions. “I like the programs we do, but I ultimately learn most about Health issues from the Internet and from what my friends tell me,” says an anonymous Belmont Hill student. “I’m not really sure if the information I’m getting is all that accurate, but there’s really nowhere else I feel comfortable talking about that stuff.”

Dr. Thompson experienced a sudden realization that Belmont Hill needs better sexual education while watching the Urban Improv assembly about rape and consent. He was particularly struck when none of the hundreds of boys in the chapel knew that they should bring a rape victim to the hospital after an attack. “At first, I was mad at the students for not knowing, but then I realized that they didn’t know any better. We didn’t teach it to them, and that’s our fault.”

To better understand the sexual activity and health-related decisions made by Belmont Hill students, SADD sent out survey to the Upper School in September, in which 35% of the 62 respondents indicated that they were sexually active. Of those sexually active students, only 55% affirmed that they were confidently practicing safe sex, and only 43% affirmed that they wore a condom during every sexual experience. Furthermore, over ¾ of respondents felt that they have experienced average to poor health education at Belmont Hill. It is important to note that the relatively small sample size of this survey may not allow for readers to draw immediate conclusions. Yet at the same time, it is might be interesting to wonder if these results could change for the better through the establishment of a formal health class.

In response to recent student initiatives, Dr. Melvoin has been receptive to hearing calls for updating the school’s policies on sexual education and improving the current health program. When asked for comment, Dr. Melvoin stated the following:

“I believe that Belmont Hill has a strong program in what might be termed ‘health and wellness’ – but it is fragmented. As examples, we do excellent work in drug and alcohol education in every Form; we also help boys think about important issues from the “We Lead” program in Form I through Third Form Ethics class, from some of the groups that Ms. Schmunk leads through the TYSK program in the spring of Sixth Form year. We also try to be responsive to current issues, as was seen when we put together two events last fall to address matters of sexual assault. At the same time, we need to look more holistically at our program to make sure we are being as comprehensive as we can. In that regard, our different programs in sex ed deserve review and, led by our Health Team, I hope we can engage more in that discussion in the months ahead.”

Unfortunately for student and faculty activists, there are significant obstacles on the road to establishing a Health course. Two glaring obstacles include the already-overloaded schedule and the availability of teachers. Members of the Senate believe that the course could operate like Ethics or like meetings with Will Slotnick, happening weekly or bi-weekly for one semester at a Lunch, 2:15, or 4:00 Study Hall period. As for course instructors, Ms. Schmunk, who has experience working on a similar course, believes that the best Health educators are those who understand what the boys are thinking and allow students to be honest with each other. The training, she says, is not extremely rigorous, and it would appeal to many engaged advisors on campus.

There is a significant distance that must be covered by both the student body and the administration before any real change becomes implemented. But the energy around these ideas is unprecedented. “I’ve never been so hopeful that we can actually expand the Health program,” says Ms. Schmunk. “The students in SADD and the Senate have had great timing.” Perhaps next fall, students from Form I to Form VI will be having entirely new and provocative conversations about previously-awkward topics, and that blue bag in the Health Office will be brought out once again.