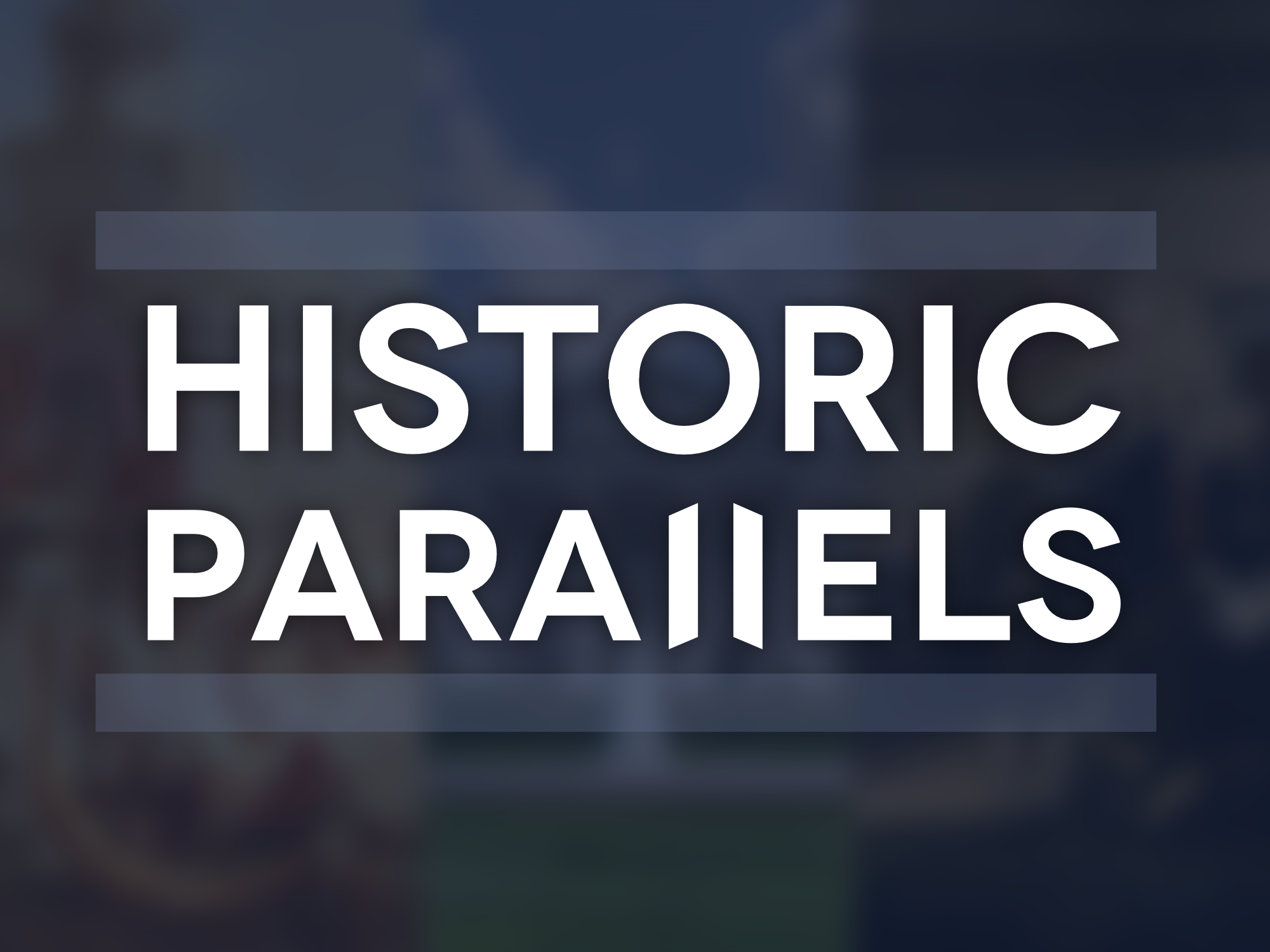 America’s 2016 election has been noted for its seemingly unprecedented rhetoric. Often hateful, unbridled criticism has been abundant over the past year and a half. While Republican nominee Donald Trump, targeting attacks and insults at virtually every influential figure in the American political sphere (and beyond), may be the main culprit, his adversary Hillary Clinton and former Republican candidates are also to blame. Under the international spotlight, candidates have been especially blunt with their mudslinging, expressing no regret or remorse after launching insults at countries, groups, and each other. Moreover, this immoral brand of political rhetoric has lowered other American politicians and the general public to the same unimpressive standard, with worried observers declaring this past election cycle to be the start of a new, lowly era in American politics. Nevertheless, while this callous, demeaning style of discourse seems unprecedented in western democracy, history proves otherwise.

Examining America’s founding fathers, a group often purported to be invincible and immune to misconduct, reveals that this election’s brand of verbal abuse certainly isn’t unparalleled. Instead of brightly lit debate stages, newspapers were the chosen means for mudslinging during the infant years of our nation. With individual newspapers essentially controlled by either the Federalists or Democratic-Republicans (early political parties), rhetoric was one-sided, clearly biased, unapologetic, and unrelenting. Ugliness and trickery peaked during the early 1800s. In the evenly-matched election of 1800 pitting Thomas Jefferson against John Adams, the Federalists—John Adams’s political party—published false obituaries announcing Jefferson’s death, hoping to convince voters that Jefferson’s untimely passing would leave them no choice but to vote for Adams. Adams and the Federalists continued their attack, with Adams commenting that Jefferson’s soul was “poisoned.” The Federalist nominee’s insults, like those of this past election’s candidates, influenced other northern Federalists to strike out with similarly harsh jibes.  Connecticut newspaper warned that in a Jefferson presidency, “murder, robbery, rape, adultery and incest will be openly taught and practiced.” The Democratic-Republicans responded with vigor. James Callender, a journalist whose work was funded secretly by Jefferson, described Adams as a “repulsive pedant” who “behaved neither like a man nor like a woman but instead possessed a hideous hermaphroditical character.”

Slander didn’t slow after the election of 1800. In the next few years, the political rivalry between John Adams and Alexander Hamilton, both Federalists, reached a new extreme. Taking to the press in publicized episodes of verbal sparring, Adams ferociously attacked Hamilton’s immigrant background, denouncing him to be a “Creole bastard” and “bastard brat of a Scottish peddler.” Hamilton, never one without paper and ink by his side, wrote a fifty-page pamphlet in response to Adams. Entitled “Letter from Alexander Hamilton, Concerning the Public Conduct and Character of John Adams,” all fifty pages of the pamphlet were used by Hamilton to destroy Adams in whatever way he could. Lin-Manuel Miranda accurately sums up the pamphlet with one, intense line delivered by Hamilton in his Broadway musical: “Sit down, John, you fat mother—!”

Donald Trump’s rise to the top of the GOP ticket has consistently eluded the predictions of political pandits and the American public alike: a self-proclaimed political “outsider,” known for his unadulterated remarks, the real-estate tycoon turned reality TV star has used rhetoric that often seems wholly different from the familiar tactics of establishment politicians. Nevertheless, while his surprisingly successful strategies often seem unprecedented, in truth, they harken back to the rhetoric of one of the most skilled orators in Western history: Marcus Tullius Cicero.

As political outsiders, or “new men” (novi homines), both Cicero and Trump realized the importance of oration in winning over supporters from their political adversaries. Whether or not Mr. Trump or the American public were aware of it, the rhetoric of his campaign was perfected by another politician two-thousand years his senior.

Perhaps one of the most effective devices in oration, Cicero and Trump were skilled users of preterition. Coming from the Latin praetereo, meaning “to pass over,” this device was a mainstay in this election season, as well as the campaigns and orations of Republican Rome. When attacking an adversary Cicero exclaimed, “I pass over his murders, I omit all mention of his acts of lust.” Viewers of the first presidential debate might remember Trump’s comments to the media on Hillary: “I was going to say something extremely rough to Hillary, to her family, and I said to myself, ‘I just can’t do it. It’s not nice.’” For both men, preterition allowed them to attack their opponents, without being held entirely accountable for the actions. As Michael von Albrecht, a German classics scholar explained in his book, Cicero’s Style, “[Preterition is] especially useful if you want to mention things you cannot prove.” They said they wouldn’t mention it, hadn’t they?

Masters of ecphonesis, or a form of short exclamation, this device can be seen in Cicero’s orations, and in many of Trump’s tweets. From Cicero lamenting “O tempora! O mores!” in his oration against Catiline, to Trump’s occasional “Sad!” at the end of his tweets, both men seek to influence the emotions of their listeners and readers.

Nevertheless, while Trump shared many rhetorical similarities to Cicero, he is eerily similar to one of Cicero’s most significant political adversaries: Publius Clodius Pulcher. A populist demagogue and infamous “ladies’ man” who capitalized on the frustrations of the common people, Clodius was a member of the Roman elite who decided to run for office as the leader of the displeased Roman working classes. Using fiery rhetoric to especially stir up the unemployed, Clodius rose to power as the Tribune of the Plebs, alarming the Romans in power. When Cicero, working on behalf of the establishment to stop this threatening upstart, attempted to prevent Clodius’ rise, Clodius retaliated, writing a law that exiled the great orator. Sound familiar?

While this election’s ill-mannered discourse has been unfortunate, it’s definitely not revolutionary. Instead of it being a new disease that plagues our country’s politics, the current political rhetoric is merely an old ailment rearing its ugly head once again.