It’s All About the Money: A Deep Dive into the Finances of our Schools

It’s All About the Money: A Deep Dive into the Finances of our Schools 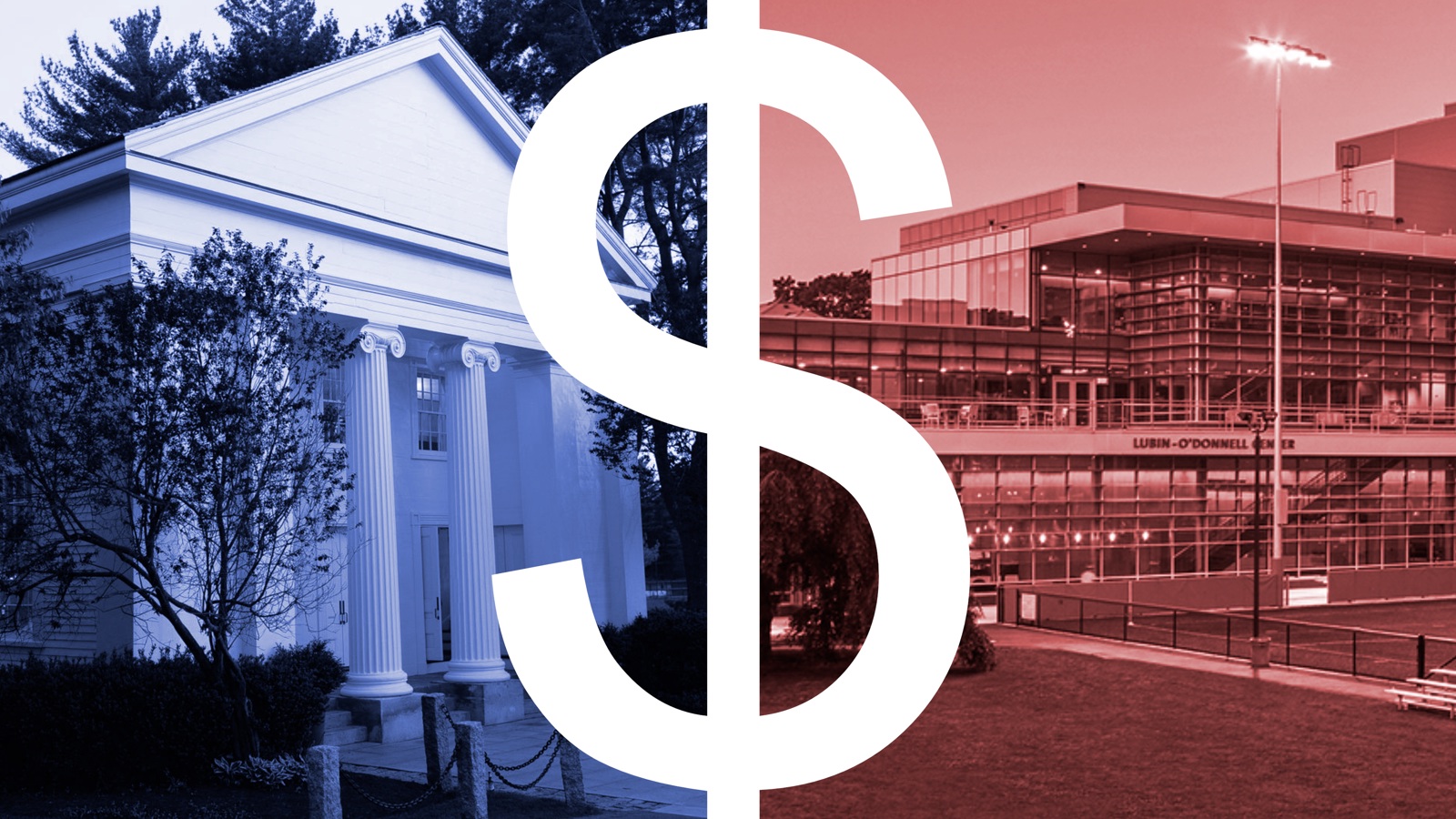 Currently, Belmont Hill is in outstanding financial health.  The school’s gross endowment, i.e. the amount currently invested in equity, alternative investments (hedge funds), fixed income securities, and cash, exceeds $130 million.  In assessing the business of running the school, it is important to consider, however, that Belmont Hill owes about $40 million in debt, which it took on in order to complete projects such as the Jordan Athletic Center and Prenatt Music Center.  This means that the school’s “net endowment” is $90 million, and in the event that these debts needed to be paid tomorrow, they would be drawn from the endowment. However, given that this is not the case, we have enjoyed the benefits of the full endowment to supplement the costs of running Belmont Hill.  Each year, Belmont Hill collects only $23 million in tuition money, but the cost of educating all of our boys exceeds $35 million. While the Annual Fund, a yearly capital campaign that targets parents, grandparents, alumni, and friends of the school, makes up some of the difference the majority of the extra funding comes from endowment draws.  Mr. Bounty, the school’s CFO, estimates that each year between 4-5% of the three-year average endowment gets skimmed to cover about 25% of the $35 million yearly overhead. As a school, we owe a great debt of gratitude to the generous donors who participate in capital campaigns that benefit the endowment, and also to the Board of Trustees’ Investment Committee, which is charged with making decisions about the school’s investments.  Over the last decade, they have done a truly outstanding job, and the endowment has grown from $50 million in June of 2009 to its current $130 million. These excellent returns mean that Belmont Hill currently has a net endowment per student of more than $200,000, which is extremely strong compared to similar independent day-schools.

Every year on Death by Chocolate day, students beg their long-block teachers to let them out early in order to beat the immense lines that come hand-in-hand with the beloved desert day. Special lunches like Death by Chocolate, as well as all meals and snacks provided by Winsor, are made possible by Winsor’s annual budget, which is used mainly for salaries for faculty and staff, as well as financial aid; the rest is used for events and maintenance. The budget is made up of the annual fund, the tuition, the renting out of the fields, and the endowment. The bigger the budget, the more teachers and staff can be paid, and the more people can be offered larger financial aid packages. Tuition does not cover what it actually costs to attend Winsor; the rest of the money in the budget helps cover the gap. So, tuition could also be lowered if the budget was large enough.

The annual fund is exactly what it sounds like: a fund for annual expenses. The endowment is a little more confusing but, put simply, resembles a savings account from which money is never removed. Its importance lies in the investing of it; every single gift that is put into the endowment is invested into something. Right now, Winsor’s endowment is approximately $77 million, which may sound large, but is actually small in comparison to other independent schools, namely all-boys or co-ed schools. For reference, Roxbury Latin’s endowment is $189 million, Belmont Hill’s is $125 million, and Exeter’s is $1.25 billion. Historically, heterosexual couples have donated 75% of their education donation money to the husband’s schools. Of the 25% going to the wife’s schools, only 25% of that went to their high school, meaning that only a tiny sliver of a couple’s education donations went to a woman’s high school, causing all-girls schools to typically have smaller endowments than their all-boys or co-ed counterparts. So, it is especially important to invest endowment money and try to expand the endowment for Winsor.

The desire for the highest possible returns, however, coexists with ethical considerations; Winsor’s managers employ ESG principles, which stands for environmental, social, and governance, and they serve as guidelines for socially responsible, ethical, and fair investing. Divestments can occur for a variety of reasons and often follow a shifting market that causes funds to stop being profitable. However, they also happen for social reasons. Recently, the issues of climate change and fossil fuels have sparked divestment. Although it is hard to say whether Winsor has never had an ethical need to divest for social reasons ever, Mr. Barker said that, “Winsor has not recently divested from a manager for social reasons. We do monitor current ESG divestment trends.” Ms. Sarah Pelmas, Winsor’s head of school, said, “A number of the sectors we’re invested in are things like healthcare, so it isn’t going to necessarily be ‘Are we invested in fossil fuels or the prison industrial complex?’ because that isn’t the sector that we’re looking at…but I’d be surprised, given the nature of things, if there weren’t some energy component.”

Mr. Barker claimed that, “[The Investment Committee] believes there is a relationship between ESG principles and good investments.” Winsor wants to have the morally strongest investments possible, but it also needs to make the most money off of the endowment possible in order to pay the faculty and staff salaries they deserve and to offer the largest financial aid packages and lowest tuitions so Winsor can be as diverse as possible. Ms. Pelmas explained Winsor’s relationship to endowment as “a really interesting challenge: if our goal is to educate as broad a population as possible and send them into the world to fix everything, then how do we maximize the return on our endowment so that we can achieve our goal? That’s a different kind of social good, and it is certainly our mission, and we want to be sure we can always fulfill our mission. The amount of money we can earn in the endowment is a priority because we are investing in people here and we want to be able to do that for as long as possible.”