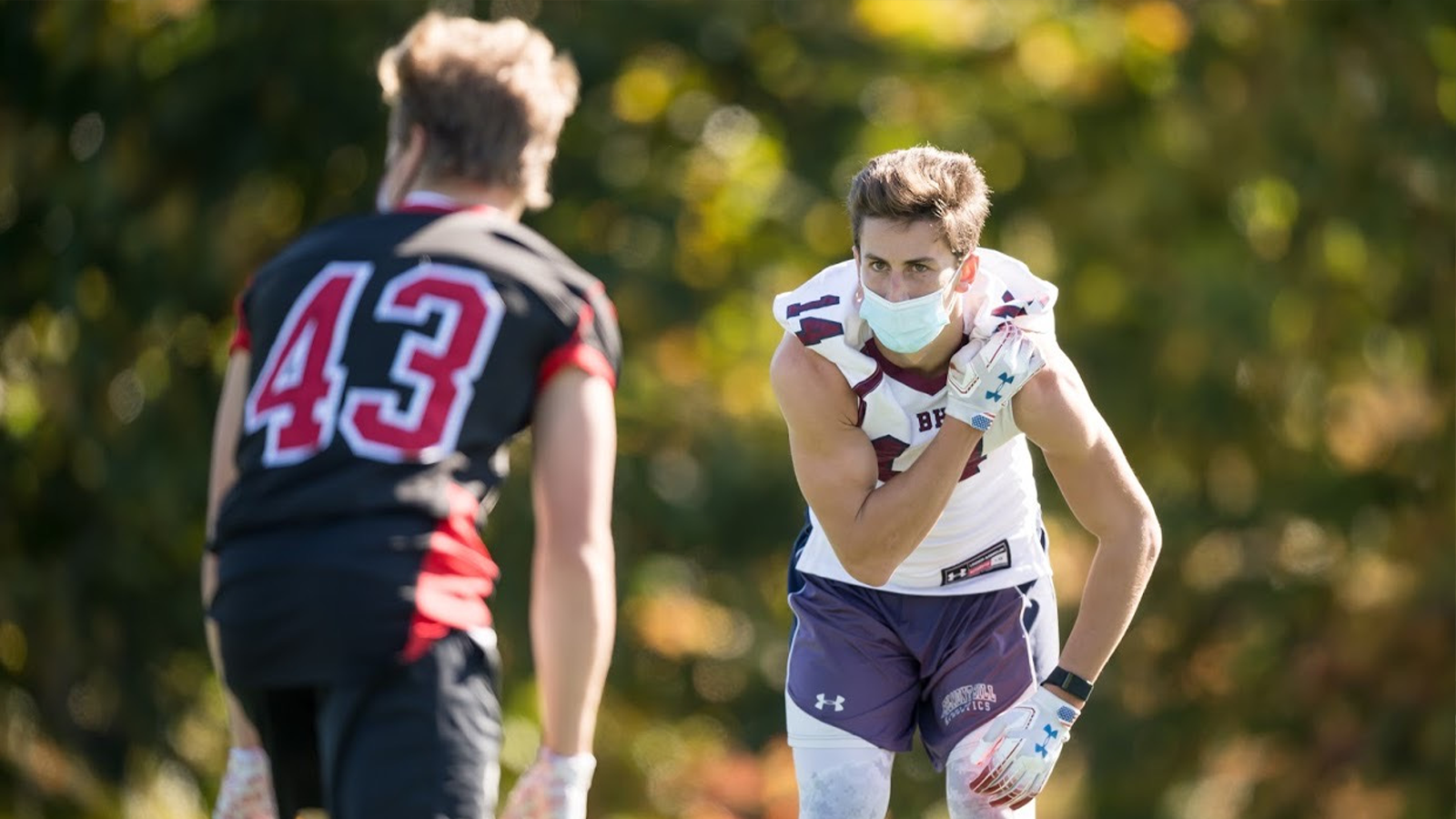 While the beginning of the Fall 2020 Football season was like no other in Belmont Hill history, opening devoid of practice for two weeks, the Varsity team triumphantly returned to the turf, albeit physically distanced and masked. Along with hand sanitizer, those buzzwords replaced more typical football jargon across the field. Despite the restrictions of the COVID-19 pandemic, football managed to persevere and successfully complete a ten week season. Coach Butler noted that football is inherently a sport that conflicts with almost all pandemic guidelines. Nevertheless, he and his coaching staff worked to reimagine practice procedures and drills. The result was a renewed focus on the basic skills of each individual player, an emphasis that will play out favorably for the team come Fall 2021. While the season was a departure from all things normally included in a day of football, players were generally glad to have the opportunity to improve their skills and compete. Coach Butler noted his disappointment that this year’s seniors did not have the chance to play the season they had expected, and suggested that this year’s team would have been competitive in the ISL circuit.

After the first half season ended, some players who had elected to join the available spring sport options returned to the field, boosting the team to multiple successful scrimmages against other ISL Day Schools. While these games were heavily modified, they still represented an important return to some semblance of pre-pandemic normalcy. Coach Butler says that “one of the things that [he is] most proud of is that the kids got out and worked every day.” Despite reduced play opportunities, the field was frequently livened by workout music and a distanced group of sprinting athletes. Looking ahead to next season, Coach Butler is excited by the possibility of playing with full contact and applying the individual skills learned this fall to active gameplay. The Panel congratulates the Varsity Football team, especially the seniors of the Class of 2021 on a different yet still successful fall season and wishes next year’s team the best.