Gus, you will be missed.

Gus, you will be missed. 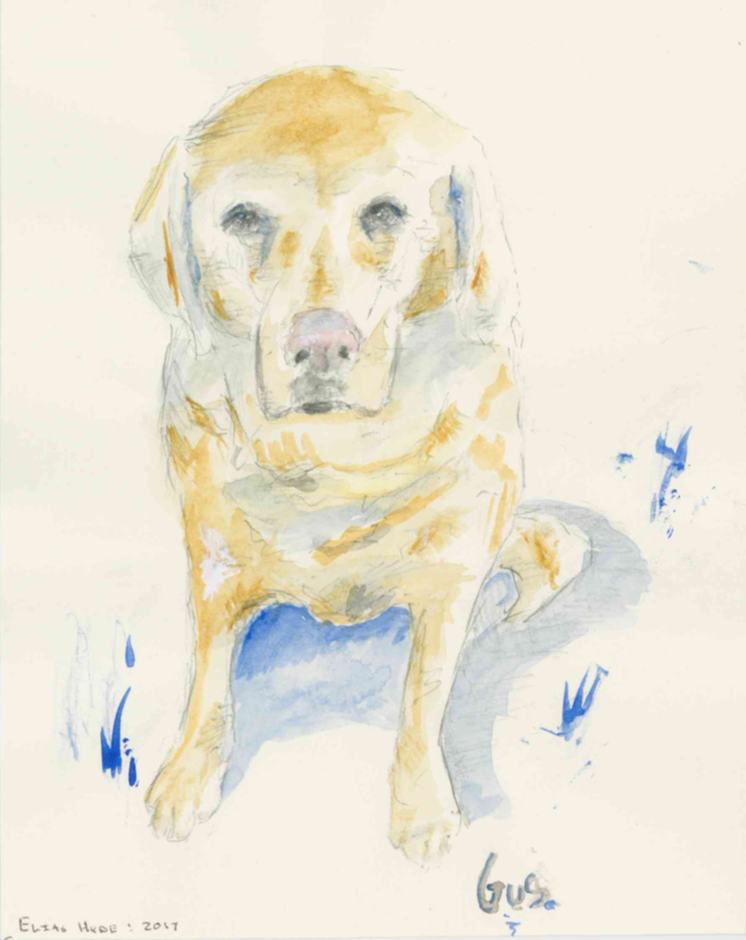 Any and every student of mathematics at Belmont Hill crossed paths with Gus.  Gus – named for Lonesome Dove protagonist Augustus McCrae – spent his first and last days as a mainstay of Belmont Hill lifestyle, a staple who defines the BH experience alongside milk and cookies and 2:15 study halls.

Gus weathered more than his fair share of maladies and misfortunes across 13 years.  He was hit by a car in his younger days, and he was famed in his latter days for his hypnotic limp in the wake of his adoptive father, Mr. Martellini.  Yet it was in the face of such physical adversity that Gus proved his worth as a companion and as a lifelong friend.  Mr. Martellini recalls a cross-country skiing adventure, wherein he and Gus, brothers in stride, bounded through the snow.  He recalls Gus favoring his back left leg, and he recalls brushing the limp off as salt in the paw or some other minor ailment; needless to say, he was alarmed to see that Gus had torn the ACL in his right hind leg.  What truly stuck with Mr. Martellini – and what compounds the undying loyalty that we as a community tends to associate with “the mutt” – was that Gus had barely made a sound.  After an injury that sees even the bravest men wailing with pain, Gus had trekked a few wordless, barkless miles through the snow.  That was Augustus in a nutshell; docile and quiet, yet fiercely loyal.

It was on the platform of illness and ailment that Gus earned the love of his family; he certainly received it as days wore on, bringing his family closer together in the process.  Last year, the Martellinis discovered a malignant tumor in Gus’ eye, a potentially life-threatening issue if not properly treated.  The operation would cost an exorbitant amount of money; the Martellinis had already funneled thousands of dollars into Gus’ health, and they were hard-pressed to turn up with the funds necessary to operate on his eye.  By some miracle, the Martellinis’ longtime friends in Colorado offered to perform the option on the cheap, but that they’d have to get out to the Rocky Mountains if they wanted it done.  It was never a question for Gus’ father, and he and his wife and his dog piled into the car and drove the requisite 2,000 miles to Colorado.  On the whole, Mr. Martellini estimates they saved $30, tops.  But that wasn’t the point in the end; Gus had prompted a family trip, one that saved his life and brought everyone closer together in the process.

For all the physical wear and tear on Gus’ 13-year-old body, his mind was still sharp, and he’d have his moments of brilliance.  Mr. Martellini muses that Gus knew the day inside and out, start and end times on normal class day schedules, long chapel schedules, and special assembly schedules alike.  In a Pre-Calculus A class, Mr. Martellini had Gus square up with A Student ‘17 on a four-question multiple choice set; the dog knocked down 3 of 4, beating the student handily.  Gus had game on the math front, but the salient lesson of his sound victory was that he had a real, tangible way of bringing people together.  He made students cry with laughter as his competitor hung his head in shame; he would inhale and exhale therapeutically as students gathered around him, lying in bunches on the floor.  Those same students would stifle their laughter as Gus would roll around on the floor, somehow discovering a logistically improbable way to clean out every square inch of a yogurt container.  In spite of his reserved nature, Gus was an unfailingly electric personality on the Belmont Hill campus, one that energized, relaxed, and united.

The Martellinis will adopt again, but not for a little while.  The hole that Gus leaves is impossible to fill, but the earnest nature, the sincerity, the tenacity, the loyalty, and the love of creatures such as he can move us, and it can happen in unique, wholly unprecedented ways.  Gus brought indubitable happiness to everyone on the Hill.  As his adoptive father put it, he “touched the soul” of both his Martellini family and of the Belmont Hill family on the whole.  We wish him the best as he crosses into his promised land, his Montana.