Head of the Charles Results

Head of the Charles Results 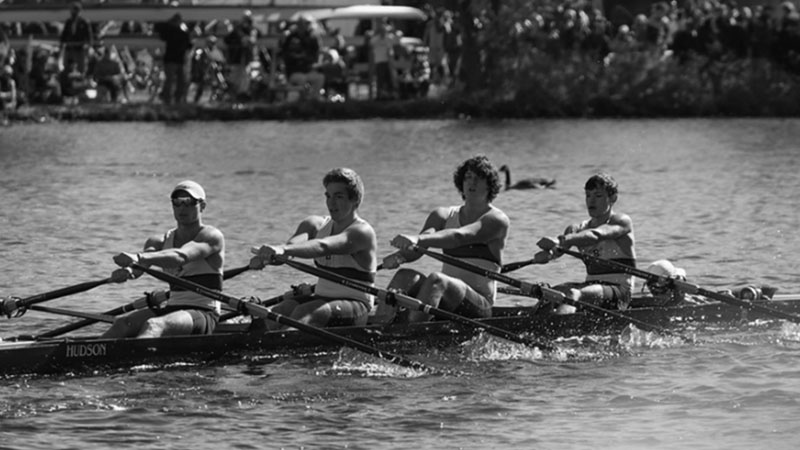 The 2021 Head of the Charles Regatta (HOCR) on the Charles River was a huge success for both Winsor and Belmont Hill crew teams! Athletes ranging from teenagers to seniors rowed in HOCR, a regatta that took place during the weekend of October 23. On Sunday, the Winsor and Belmont Hill crew teams rowed in the youth women’s and youth men’s events alongside numerous high school and club teams.

Next up was the Women’s Youth Coxed Quad event with rowers Austin Forrester ’23, Emeline Daley ’24, Amory Gordon ’23, Anissa Patel ’23, and coxswain Lauren Hogan ’23. The quad placed 29th out of 52 boats overall and 5th out of nine boats in the U17 category. Ava Kee ’23 also participated in the coxed quad event as a member of the Narragansett Rowing Club’s boat which placed 14th overall and 1st in the U17 category.

Various Winsor alumni and faculty rowed in HOCR as well. Gevvie Stone ’03 rowed in the Women’s Master (30+) event and placed 1st out of 28 rowers. Another Winsor alum and current Winsor crew coach, Abigail Parker ’13, rowed in the Women’s Championship Singles. Parker placed 7th out of 18 rowers. Ms. Sarah Pelmas, Winsor’s own Head of School, also rowed in HOCR and placed 7th out of 11 boats in the Woman’s Master Eight (40+) category.

Belmont Hill also had a successful HOCR. The Men’s Youth Fours event came first with rowers Stephen Warming ’22, Howard Huang ’22, Andrew Bittner ’24, Charles Geddes ’22, and coxswain Brian Lee ’24. They placed 14th out of 84 boats, with a final time of just over 17 minutes and 47 seconds for the three-mile race. This time was less than 0.1 seconds behind Sarasota’s boat in the same event, to which Belmont Hill ranked 10 boats behind in the previous Head.

Overall, it seems that rowers from both BH and Winsor had a fulfilling experience at HOCR to conclude the fall of 2021. According to Austin Forrester ’23 of Winsor, “Head of the Charles was a huge success, and I am looking forward to the upcoming spring and fall seasons!”