The Boys in Blue Play Puck

The Boys in Blue Play Puck 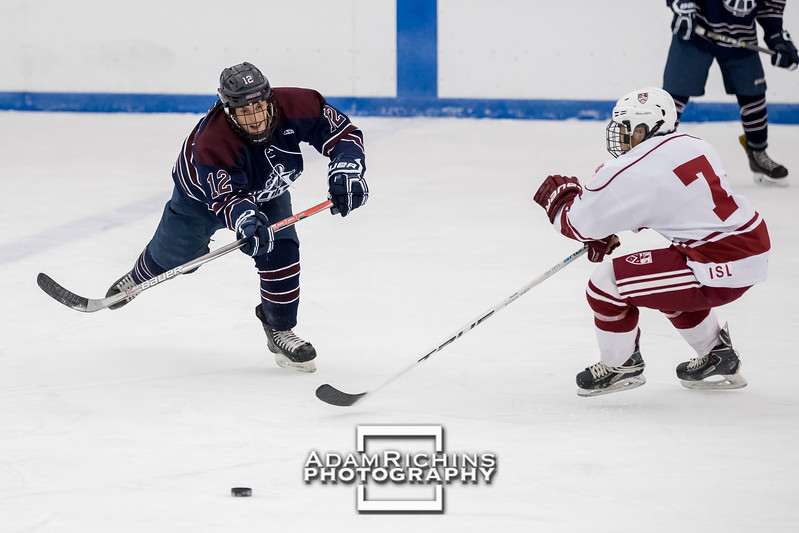 Once again, it’s hockey season at Belmont Hill. The rink is up and it’s time for some fast paced, on-ice action. The 2017-18 Belmont Hill Hockey team is filled with both familiar and new faces. Solid leadership from captains John Copeland ‘18, who is transitioning from center to defense this season, and Robert Radochia ‘19 will surely make for a team filled with chemistry. Although the team is off to an average 2-2 start, it has shown a ton of promise and a ton of talent that will give it the ability to win games and hopefully qualify for the playoffs, which was put on full display in last Wednesday’s thrilling 6-2 win over Govs. Yale commit Connor Hopkins (‘19) returns between the pipes for his role as goaltender, being backed up this year by Jack Eselius ‘18 and Anthony DeVellis ‘18.

Coach McCarthy certainly looks to bring home another ISL Finch Keller Conference championship, but also advises the team to play by his mantra: “We will always be winners on the scoreboard of respect.” The Winter Loop will most likely have a large showing at crucial home games throughout the year in the Olympic-sized rink, nicknamed “The Jungle.” The team will be counting on the Loop’s energy down the stretch. Returners and new players alike on this squad are looking to capture the ISL title and qualify for the playoffs once again. Stay tuned for a season full of big hits and even bigger plays as the boys in blue hit the ice.

Last Saturday, the hockey team traveled to Lawrence Academy, a team favored to win the Keller Division in the pre-season. Although getting down early, the team scored 3 goals in the second period and never looked back. Hopkins played stellar in net as the team rolled to a 4-2 victory on the road. As the team will head to the Lawrenceville tournament next week, all signs are pointing to another solid season by the boys in blue.