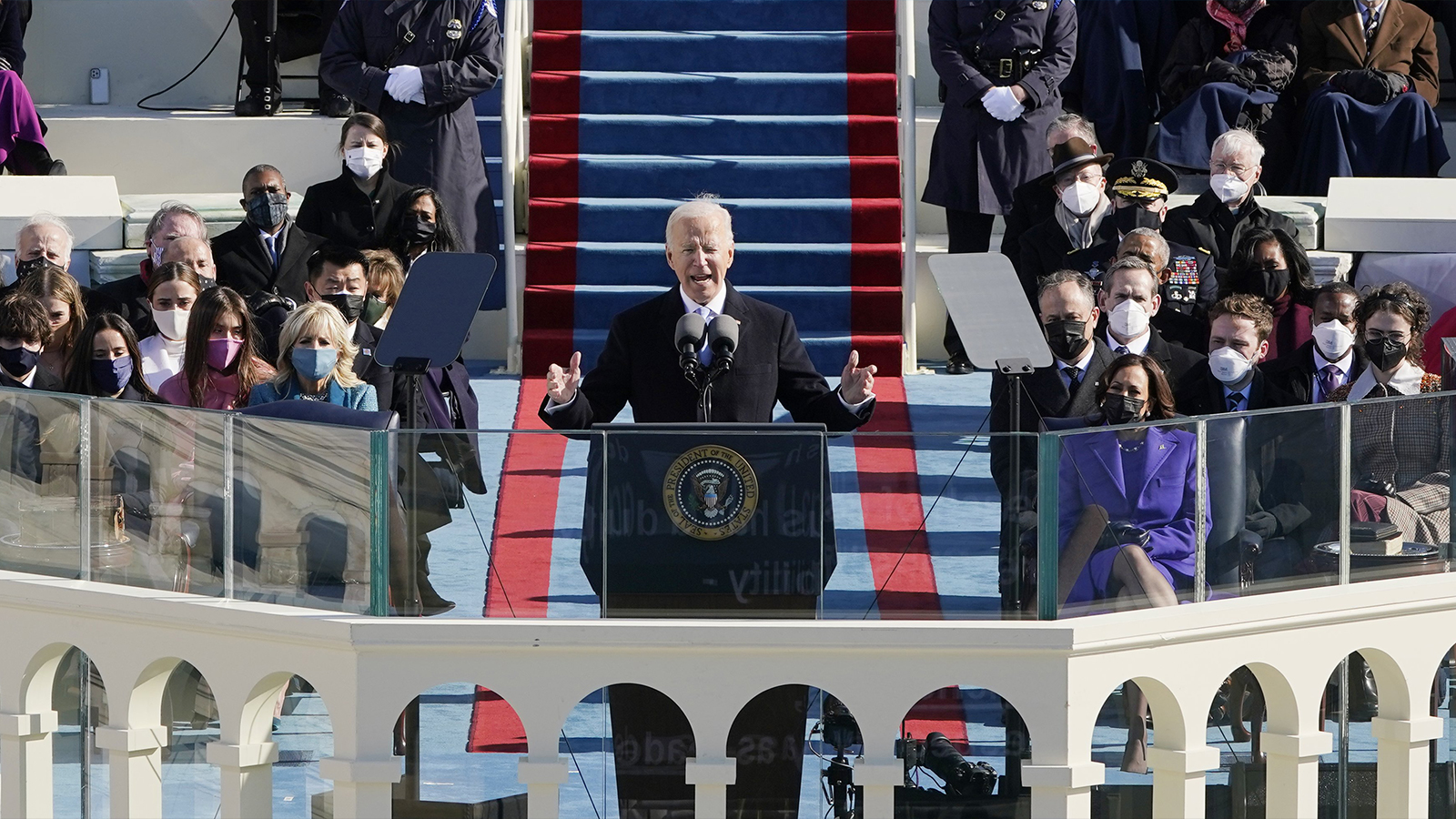 Merely two weeks after Capitol Hill was overrun by supporters of former President Trump, President Biden and Vice President Kamala Harris took their oaths of office in a historic day of firsts. Perhaps the most glaring was the emptiness of the National Mall. Instead of throngs of supporters, hundreds of thousands of flags demonstrated national backing for the new president. Surrounding the capitol too were tens of thousands of national guardsmen from all fifty states. These men and women worked to ensure the sanctity of the coveted transfer of power process and demonstrate the security of the seat of American democracy.

On the platform, Vice President Kamala Harris was sworn in first by Justice Sonia Sotomayor. Both women represent historic firsts in our nation’s history, the former our first female, African-American, and Asian-American Vice President, the latter the nation’s first and only Latina Supreme Court justice. Holding the two bibles on which she was sworn in, Vice President Harris’ husband, Doug Emhoff, became the first Jewish and first male spouse of a president or vice president.

Shortly after, at 11:50 AM, President Joe Biden was sworn in by Chief Justice John Roberts on his family’s bible. His wife, Dr. Jill Biden, is the first spouse in history to hold a job outside of her official capacity as she will continue to teach in Virginia. President Biden is only the second Catholic president, the first being President John F. Kennedy. In his inaugural address, Biden stressed the need for national unity, declaring, “For without unity, there is no peace, only bitterness, and fury, no progress, only exhausting outrage; no nation, only a state of chaos. This is our historic moment of crisis and challenge, and unity is the path forward. And we must meet this moment as the United States of America.”

Momentous too were the performances by myriad artists, including 2017 Youth Poet Laureate Amanda Gorman, 22 years old, who made history as the youngest inaugural poet. In her poem, “The Hill We Climb,” Gorman boldly recited that  “And every known nook of our nation and every corner called our country, our people diverse and beautiful, will emerge battered and beautiful. When day comes, we step out of the shade of flame and unafraid.” In addition, pop superstar Lady Gaga sang the national anthem, followed by Jennifer Lopez’s medley combining “This Land is Your Land,” “America the Beautiful,” and a part of the pledge of allegiance. Rounding out these performances was Garth Stein’s rendition of “Amazing Grace.”

Former President Trump was notably absent from the inauguration, the first to be so in over 150 years since Andrew Johnson skipped Ulysses S. Grant’s inauguration in 1869. However, Vice President Mike Pence did attend and spoke with Vice President Harris immediately following the ceremony.

On a day that saw the United States reach a grim milestone of over 400,000 COVID-19 deaths, the inauguration was reminiscent of this new landscape. Stringent masking protocols were in place, and many of the President’s supporters were not able to attend due to safety concerns. In attendance, however, were members of Congress, former Presidents Clinton, Bush, Obama, and their spouses. President Carter was not able to attend, making it the first inauguration since 1977 he has missed. Later that day, Vice President Harris swore in three new Senators, Alex Padilla from California and Jon Ossof and Rev. Raphael Warnock of Georgia, giving the Democrats the slimmest 50-50 majority in the upper chamber of Congress.

While this inauguration was surely one of the most restrictive and bizarre in United States presidential history, it went off without a hitch, demonstrating the strength of our political system and reassuring many Americans and people around the world that our democratic institutions are still sound.