Is impeachment a viable option for congress?

Is impeachment a viable option for congress? 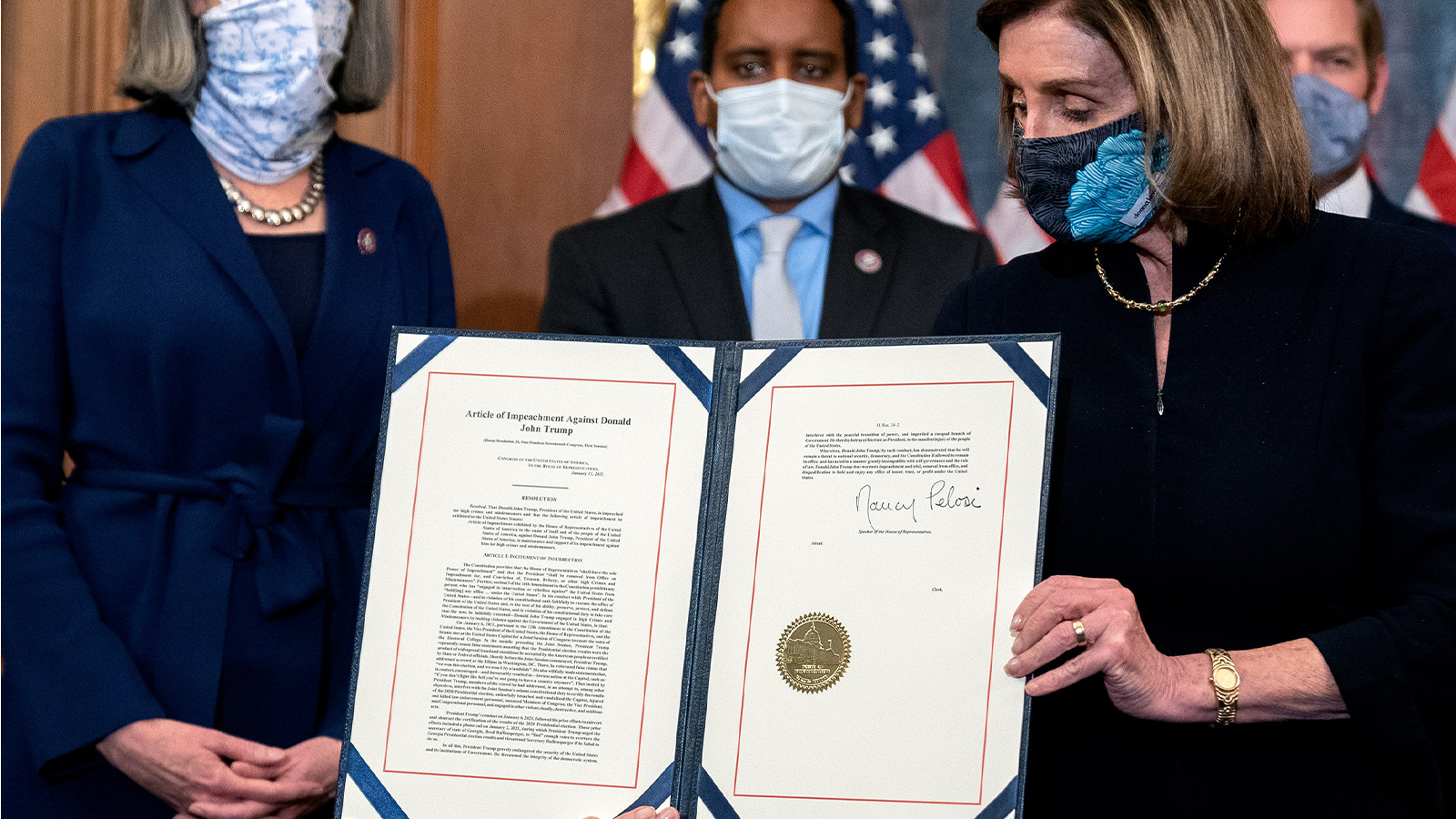 On January 13th, the House of Representatives impeached former President Trump for the second time, by a vote of 232-197 with ten Republicans voting yes. This vote occurred less than thirteen months after Trump was impeached the first time on December 18th, 2019. The former president’s historic second impeachment came only a week before he was scheduled to leave office, and one week after the Capitol Building was stormed by his supporters. Citing Trump’s tweets, public speeches and those of his surrogates in the weeks, days, and minutes leading up to the Capitol Riot, three House Democrats introduced a single article of impeachment charging the former President with “incitement of insurrection.”

Though former President Trump has left office, the impeachment proceedings are continuing, with his trial in the Senate expected to begin on February 8th, a date agreed upon by Senate Majority Leader Chuck Schumer (D-NY) and Minority Leader Mitch McConnell (R-KY). Schumer originally pushed to hold the trial sooner, however he struck a deal with McConnell to delay the proceedings so the former President would have time to assemble a more formidable defense team.

The constitutionality of the post-presidential trial is currently being debated by Republican lawmakers, some of whom argue it is a vindictive move by their Democratic opponents, while others, like Senator Mitt Romney (R-UT), believe that “it’s pretty clear that the effort is constitutional.” A January 15 Congressional Research Service report found that a majority of scholars believe that Congress has the authority to impeach and convict a former president, but others, like retired federal judge Michael Luttig, disagree. While the constitutionality of the proceedings will be debated by the nation’s leading legal scholars, it is important to understand the consequences of a Senate conviction.

Since President Trump left office when President Biden was sworn in, a guilty verdict will not distinguish his departure as a “removal from office.” As such, he will maintain his presidential pension, stipends for travel, and Secret Service detail for the rest of his life. Besides the clear political statement an impeachment will make (as the first president to be found guilty by the Senate), it will open the opportunity for Congress to vote by simple majority to bar him from seeking federal office again. According to a Reuters poll, a majority of Americans (51%) support impeachment, while 37% oppose, and 11% are unsure.

Aside from the debate over the constitutionality of the proceedings, it is evident that former President Trump must be formally repudiated and punished for his involvement in the storming of the Capitol. Although he said “I know that everyone here will soon be marching over to the Capitol building to peacefully and patriotically make your voices heard,” the tone of the rest of his speech –  such as his declarations that “if we don’t fight like hell you’re not going to have a country anymore” and “we’re going to the Capitol” –  make it clear that he was inciting his supporters to violence, not to mention Trump-surrogate Rudy Giullani’s demand of a “trial by combat” at the same rally.

For this reason, the Senate should also bar Trump from holding federal office in the future, as he has demonstrated that he has failed to uphold the Constitution, particularly the peaceful transfer of power, faithfully. Moreover, as Senator Romney asserted on Fox News on Sunday, the 24th, if the country “is going to have unity,” there must be “accountability.” In the coming weeks, arguments over the legality of the proceedings paired with declarations by Senators on both sides of the aisle will dominate national news cycles. It is important to remember the founders’ intent to create a system of checks and balances to preserve the integrity of our democratic process, and maintain the highest level of scrutiny for those holding public office. It is with these thoughts in mind that we wholeheartedly support the effort to convict the former president and remove him permanently from the American political landscape. While some of his policies and ideas will certainly live on in the national conversation, he must not.