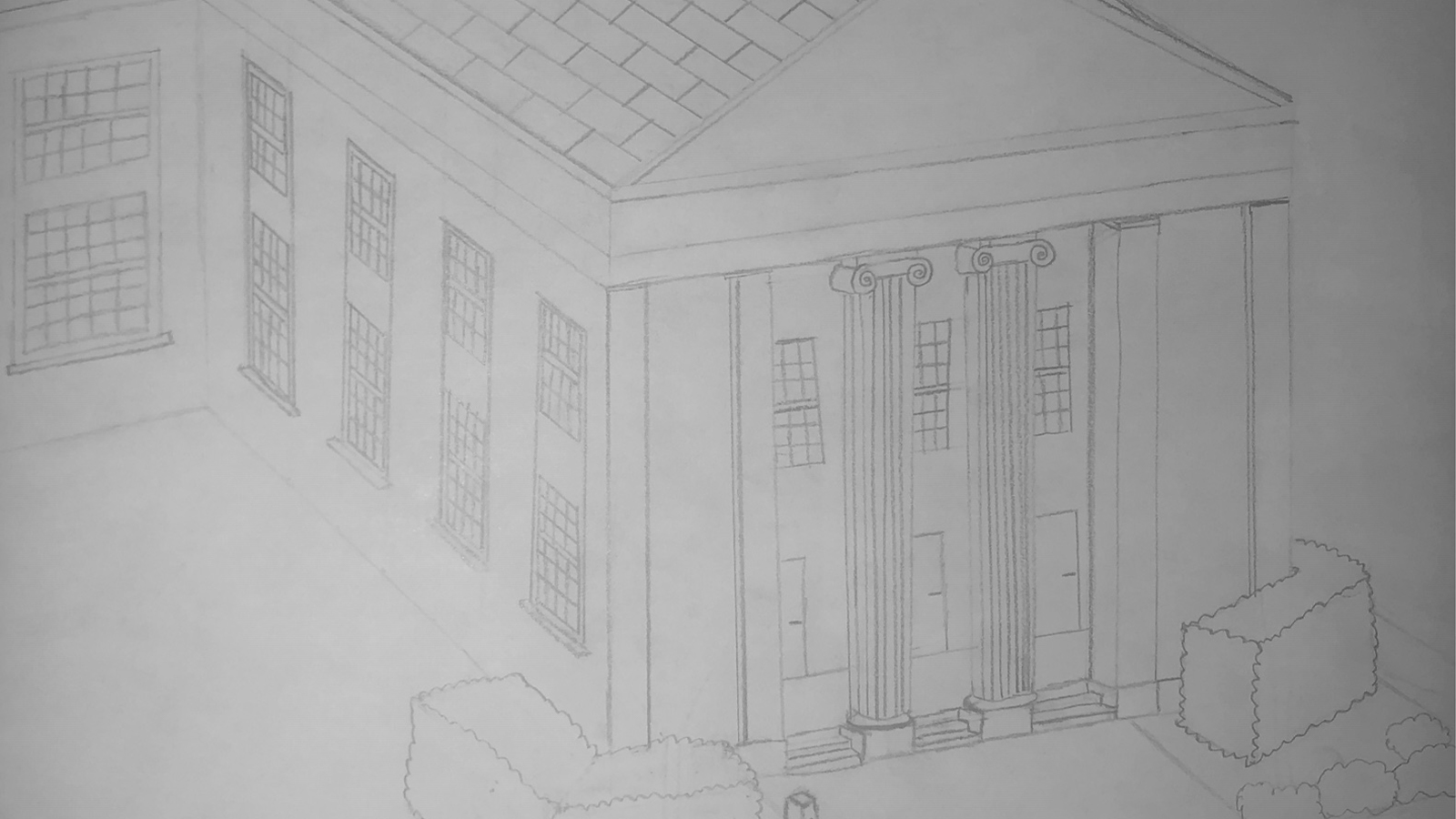 Over their six years at Belmont Hill, the Class of 2020 has experienced new buildings, a new headmaster, a variety of important chapels, athletic highlights, academic achievement and extracurricular excitement. The Panel hopes to delve into the legacy of the class and their experiences while at Belmont Hill.

They stepped foot on campus together for the first time in late August of 2014. Their first classes were held not in the Melvoin Academic Center, but in a configuration of temporary pods on the chapel lawn, dubbed the “Howe Now” in reference to the Melvoin Building’s predecessor. That fall, as they settled into their new routines, Blake Brookes was elected Class President, and Emmet Greenwood Vice President. Then in November, the new Melvoin Building was officially dedicated, and the Class of 2020 took the brand new seats of the First Form Study Hall. One month later, the Student Senate buried a time capsule outside of the new building filled with a variety of Belmont Hill memorabilia to be opened in May of 2065. As they moved into the spring of 2015, Mr. Bradley’s class won the Greek and Roman Field Day despite tough competition. Matt Drucker was elected Class President for the following year, and Emmett Greenwood re-elected VP. The year ended with the graduation of the Class of 2015, and goodbyes for the summer were exchanged.

Returning in August 2015, the Class of 2020 was joined by a handful of new students, they dove into new classes and clubs. That November, General Mark Milley ‘76 gave the Veterans Day speech, and many then-Second Formers joined his Q&A sessions afterwards. Come spring, Mr. Murphy became Director of the Middle School as Mrs. Hamilton stepped away for a sabbatical, and the Class of 2020 headed to Washington, D.C. As the year wrapped up and they prepared to move into the role of leaders of the Middle School, the class elected Jeff Segel as President, Emmett Greenwood as VP again, and Luke Khozozian as their first senator. As they made their way off campus in early June, Mr. Kirby retired from his English teaching position.

As the Class of 2020 returned to school in late-August of 2016, they stepped on campus not just as Belmont Hill students but as the leaders of the Middle School. Experienced with changes to the campus from their First Form year, a new art installation, the wind orchid, greeted them upon their arrival. Under the leadership of President Jeff Segel, Vice President Emmet Greenwood, and Senator Luke Khozozian, the class quickly embraced their new role. They listened to a number of impressive speeches in the Hamilton Chapel during the fall, first from Dr. Rachel Levine ‘75, a transgender woman serving as the Physician General of Pennsylvania and a professor of medicine at Penn State University, and next from four of their own peers, Colin Trueman, Matthew Drucker, Jackson Riffe, and Jack Weldon, as a part of the Middle School Speaking Contest. The class, already thriving in their leadership role, then led Belmont Hill’s Turkey Drive, completing 480 meals and exceeding the goal by 55 meals. The Third Formers would continue to listen to impressive speakers in the winter and spring including Anthony Ray Hinton, who served 30 years on death row as an innocent man and is depicted in the book  Just Mercy. Chantal Kayitesi, a survivor of the Rwandan genocide and  Jack Trompetter, a Holocaust survivor both spoke to the Facing History and Ourselves course. Furthermore, four members of the class, Charlie Donahue, Harrison Hill, Elias Hyde, and Jack Weldon, recited in the Poetry Fest finals, and another member of the class, Liam Kelly, spoke in the Middle School Speaking Contest. They soon elected Jack McHugh as their class president, re-elected Emmett Greenwood as VP, and Jeff Segel as senator. As the busy spring gave way to summer vacation, they saw the retirement of beloved science teacher Doc Wachtmeister, and prepared for their next adventures at Belmont Hill.
Now members of the Upper School, the Class of 2020 returned to campus in August of 2017 eager to begin their next chapter. The Fourth Formers quickly became acclimated to their new schedule and the more challenging curriculum as well as their new position in the Hamilton Chapel on the ground floor. Finally able to see and hear the speaker, it was here that they would first be introduced to a face that would become familiar to them over the next three years of their Belmont Hill careers: Mr. Schneider. Having just been appointed to succeed Dr. Melvoin at the start of the following school year, Mr. Schneider’s presence at Belmont Hill would increase greatly over those next months. Accustomed to change after experiencing it for years, the Class of 2020 would now experience more of it at the start of their Upper School careers in the form of a dress code change that negatively affected them. After enduring three years in dress shoes to finally earn their right to wear sneakers as members of the Upper School, everyone could now wear sneakers, effectively making three years of suffering for many members of the form worth nothing. Despite being unable to wear hoodies to protect themselves from the cold of winter because of dress code changes, the Class of 2020 still made important contributions to the school’s sports teams in the winter months as many adjusted to the competitive nature of varsity sports. In the spring, members of the class traveled all over the globe on trips to Germany, Alabama, France, and China, and three members of the form, Andrew Jonghyun Lee, Renny Gong, and Liam Peterson, competed in the Poetry Fest finals. There were also student-led changes to campus in the form of a chicken coop built by the newly created farmer’s club. After a busy spring in which many members of the Fourth Form contributed to varsity sports teams and took their first APs, the Class of 2020 was now ready for the next chapter of their Belmont Hill careers: the Fifth Form.

The class of 2020’s Form V year started in late August 2018. Joining them this year was Mr. Schneider for his first year as a headmaster, one of the many big changes to Belmont Hill during their time at the school. The duo of McHugh and Greenwood returned as the Form’s President and VP. They took bigger roles in their various sports, and nine of our varsity teams managed to win fifteen championships. Aiden McGaugh led the Nordic Skiing team to their first-ever lakes region championship. Greg Desrosiers won the ISL MVP as a junior, and broke the school record for the triple jump at 44’ 3.5”. At the end of this year, the school said goodbye to Mr. Wood and Mr. Greer, long time staples of the Latin and English departments.

As they came into their final year at Belmont Hill, the class of 2020 was nervous about college admissions and excited for the promise of being the kings of the school. Once again President McHugh and VP Greenwood led the grade, and now the school. Jack McHugh was the first recipient of the character coin, a new award created by Mr. Schneider. As well, nine boys entered the Cum Laude Society in the beginning of the year, followed by a speech from Mrs. Sarah Pelmas of the Winsor School. In another huge academic feat, Renny Gong and Jake Pappo were named Regeneron Scholars for their excellent work in ASR. In the athletic department, senior captains led alpine skiing, nordic skiing, wrestling, and squash to ISL victories and more. Sasha Gannon was the ISL MVP for alpine skiing, and Harrison Shapiro won ISL MVP for wrestling and earned All-American honors at the national prep tournament. Though they did miss out on their senior spring, the Class of 2020 made a huge impact on the school and saw some massive changes during their time here. We will miss you all. The Panel wishes you the best of luck as you move on to new adventures next fall!