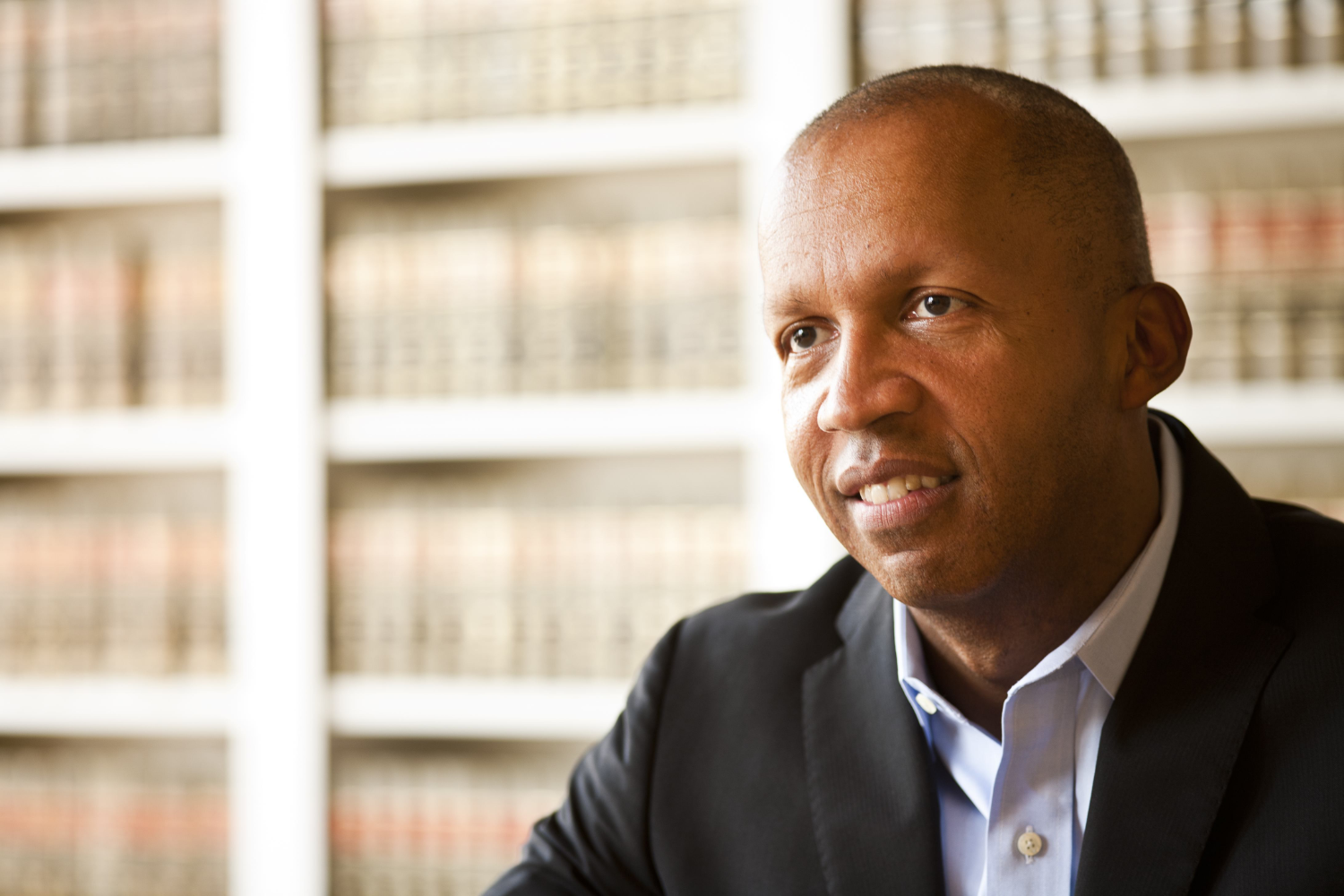 Prompt: Stevenson continuously underscores the need for hope in the work that he does. Which of the people he describes and the stories he tells gives you some hope as you read about the difficult cases, the injustice, and the unfairness that Stevenson conveys?

There are several similarities between Walter’s situation and mine. We were both punished unfairly. Walter was separated from his family while imprisoned, and I no longer have a whole
family. Neither of us was in a position of power. In Walter’s society poor black men had no power. In my case children have little power over their parents’ divorce. Walter and I had our fate decided without our input. He was not able to speak in court but had to rely on his bad lawyer and his voice was not respected because of his race. I did not have a vote in the decision of my parents’ divorce. Both Walter and I lost control over our lives. Our loss of control left us feeling discouraged.

While reading Just Mercy, I would become confused at some of the situations that arose from Mr. Stevenson’s pursuits: How could people be this sadistic? How could racism be so rampant, 150 years after the Civil War?  How could America, which most people associate with freedom, be the harbor of so much oppression? I think a main reason is because it is easy to dismiss prisoners and their struggles; they are separated from us after all. But there is hope. Everyone in the book, the inmates, officers, and whole communities, has demonstrated his or her ability to show mercy. People just have to be informed. That is why I have even more hope after reading this book: the more people read it, the more people are informed, and the more hope there is for every wrongfully prosecuted individual in America.

Bryan Stevenson works on death row, one of the most hopeless places in America, for men and women who have no reason to believe their lives will improve – yet in every person he meets, he finds some sliver of hope to inspire him. The story of Avery Jenkins inspired the most hope in me because it showed the ability of humans to maintain their innocence, happiness, and compassion in the most oppressive circumstances. Avery endured a dark childhood. With both of his parents dead by the time he was one year old, Avery bounced around in the foster care system, where he endured horrific neglect and abuse, until he was seventeen, when, plagued with seizures, schizophrenia, and psychotic episodes, he was left homeless. In the midst of a psychotic episode, Avery stabbed a man to death, and after a quick trial, he found himself on death row. What inspired me the most about Avery was that, even after all of the pain in his life, and the misery of life on death row, he still maintained a sense of lighthearted happiness. For example, Avery’s biggest concern whenever he saw Bryan was not ever related to his case, or his unfair death sentence – it was whether Bryan had been able to bring him a milkshake or not. Avery’s silly but endearing milkshake requests display that his innocence and playfulness have survived the unfortunate circumstances of his life, which, to me, is beautiful.

I found the officer’s act of purchasing Jenkins a chocolate milkshake profoundly inspiring. Initially, the guard was the epitome of EJI’s worst enemy, but Stevenson was able to impress him so drastically as to move him from despising the work of EJI to admiring it so much he violated the rules of his work to appease a mentally ill, black inmate. Such an uplifting victory proves Stevenson and EJI can be capable of moving virtually any person on the planet, no matter how oppressive or racist, to support true justice.  While the victory with the guard is just one battle in a large-scale war against oppression and injustice, I could not help but feel inspired and hopeful for great success in EJI’s future endeavors. After all, Stevenson never asks for impunity for guilty individual, he simply asks for just mercy.

To be honest, I seldom thought of and often skirted the subject of the death penalty and the idea of prisoners on death row.  I tended not to regard the idea of people on death row with much sympathy, justifying this by regarding the inherent gulf between our respective lives and by imagining what they must have done to reach such a place, condemned to death as they are.  Now, having read Just Mercy, I see a different aspect of the situation: I realize that the best possible answer to their plight is the best answer for mine, albeit in vastly different situations.  I am indisputably reliant on hope in any and all aspects of my life, and it is that same hope that keeps death row convicts fighting for their tomorrow; such is the connection between all people in any sort of struggle.  This notion has made me realize that I do indeed have a sort of emotional bond to the people on death row, a humane association that I was born into and can not and will not dismiss until I leave this life.  The power of Just Mercy is in its capacity not only to provide hope, but also in its ability to change its readers’ hearts, just as it did mine.

Stevenson’s masterpiece  not only speaks to the physical injustices suffered by many today, but also serves to highlight rays of hope and optimism that shine through these injustices. Although Henry and the guard seem at first to be opposites, with one man behind bars and the other policing said bars, the two share a connection in their ability to overcome the obstacles they have had to face. With Henry, we see steadfastness and faith persist through the terror of death row. With the guard, we see a man who confronts the demons of his past and is able to eclipse them. This strength through the trials and challenges serves, ultimately, as the greatest cause for hope in the entire narrative. From this exhibition of strength, I can find hope that I, myself, can be greater than my darkest moment. I can find hope that I will persevere through any hardships. Most importantly, after reading and analyzing these two stories, I believe that in my time of greatest need, I will have the ability to hope.

Throughout Just Mercy, Bryan faces many setbacks which cause frustration, despair, and depression. I felt those same feelings when I re-broke my ankle. From this experience, however, I learned to cope with many issues, and to be hopeful when things aren’t going right. Bryan also copes with his more serious issues and tried to turn them into something positive, demonstrated by the countless times he did his best to free inmates on death row, even if they didn’t stand a chance of being released. It is important to remain hopeful, because in the end, one can be more effective at one’s job or in school than when one is in despair.

Marsha Colby was a young woman that had been wrongly convicted and later proven innocent by Stevenson. Marsha Colby gave me hope when she said she wanted to do what had been done for her. She says, “I am lucky, I got help that most women can’t get . . . I hope we can do more to help more people”(Stevenson 241). I am really glad that there are people who want to stop the criminal injustice of our nation. I am hopeful because she is a witness of the cruelties of the prisons for women and know that she do her best for our country. It is amazing that she is so dedicated to this work and does not take the help she was given for granted.

Much like Charlie, Ian Manuel is 13 when two older kids convince him to rob an old woman, who fought back and was shot by Ian. Ian was charged with armed robbery and attempted murder, and pleaded guilty without realizing it meant life in prison. Because his age put him at risk of sexual abuse, he was put in solitary confinement and became suicidal. At one point, he reached out to the woman he shot and apologized profusely. She was so touched by the gesture that she took him under her wing and campaigned for a shortened sentence, but the judge denied it. Throughout his trauma though, Ian remained smart and became a gifted poet, leaving hope of a path back into the world if he got out. These kids, despite all their hardships, are able to remain strong, not succumbing to the system that threatens to destroy them. They prove that all criminals are not evil and need to be punished, but in need of help and guidance, their unfortunate situation the only thing holding them back from a productive future. But the fact that they can find people who sympathize with them, let alone one of them being a victim, and help them gives hope to future kids who make one terrible mistake which would formerly ruin their lives.