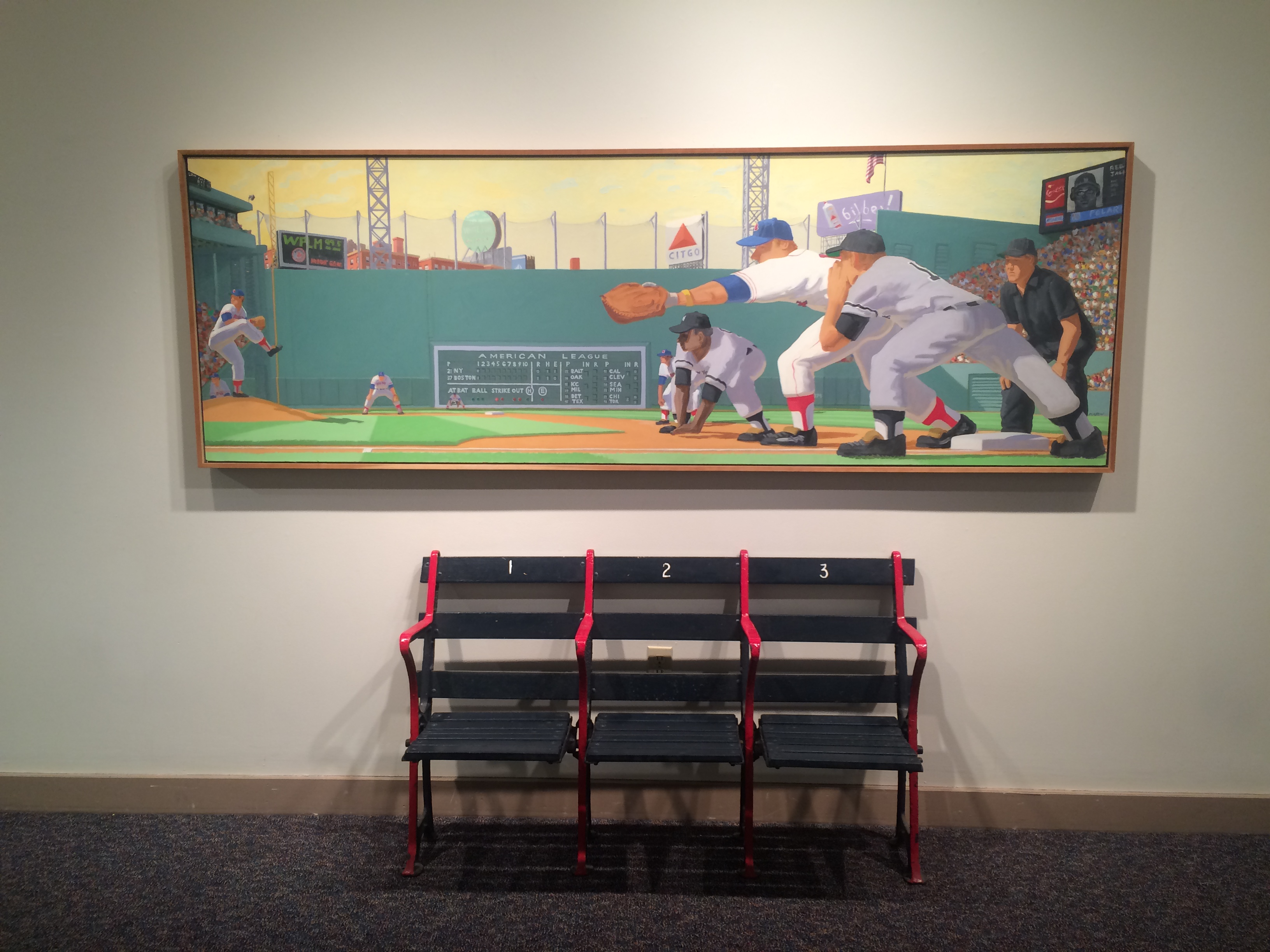 The ballpark has become an iconic symbol, lauded by many as the epitome of all that is American. Home to America’s pastime, baseball, today’s Major League stadiums house an abundance of rich history. Their pasts help to create a distinct identity for each, one further developed by unique dimensions and famous attributes like Fenway’s Green Monster and Wrigley’s outfield ivy. Professional football fields are impersonal, monstrous, and industrial, while both basketball arenas and hockey rinks, often shared with another team or sport, lack character. Yet, unlike these many venues for other professional sports, baseball stadiums seem to possess their own personality, often the greatest pride of franchises and fans alike.

Artist Max Mason, a 1971 graduate of Belmont Hill, skillfully captures the essence of the great American ballpark with his baseball-themed paintings. After beginning painting at the University of Pennsylvania more than thirty years ago, Mason desired to convey the beauty, excitement, and tradition of his lifelong love of baseball. With experience in still life and landscapes, Mason’s transition to the ballpark was fitting.

This spring, some of his finest paintings are on display in Belmont Hill’s own Landau Gallery. Situated above original stadium seats, his impressive canvases, rich in friendly ballpark color and texture, almost convert the gallery into a ballpark of its own. Spectators of his art enjoy panoramic glimpses into various depicted stadiums, including Fenway Park, Yankee Stadium, and Nationals Park. Almost all art on display are components of The BallPark Project, a mission he began in 2010 to paint large, fan-centric paintings of all thirty Major League Baseball stadiums. Mason’s emphasis on the crowd creates a special effect, making his audience seem as if they were among the fans on a sunny Summer afternoon. His portrayal of Nationals Park includes a half-eaten hot dog in transit to a fan’s mouth for another bite. Another striking aspect of  Mason’s art is his masterful manipulation of light and shadow. He expertly illustrates the impact of late afternoon light on the flags that

surround Yankee Stadium and the lights which tower over Fenway.

Mason cherishes the opportunity to connect with baseball fans around the world. With murals and canvases on display in Citizens Bank Park (Philadelphia Phillies) and prominent galleries across the country, his art both reminds fans of the beauty of the game and, more importantly, testifies to the beauty of the ballpark.