Movie Review: Fantastic Beasts And Where To Find Them (2016)

Movie Review: Fantastic Beasts And Where To Find Them (2016) 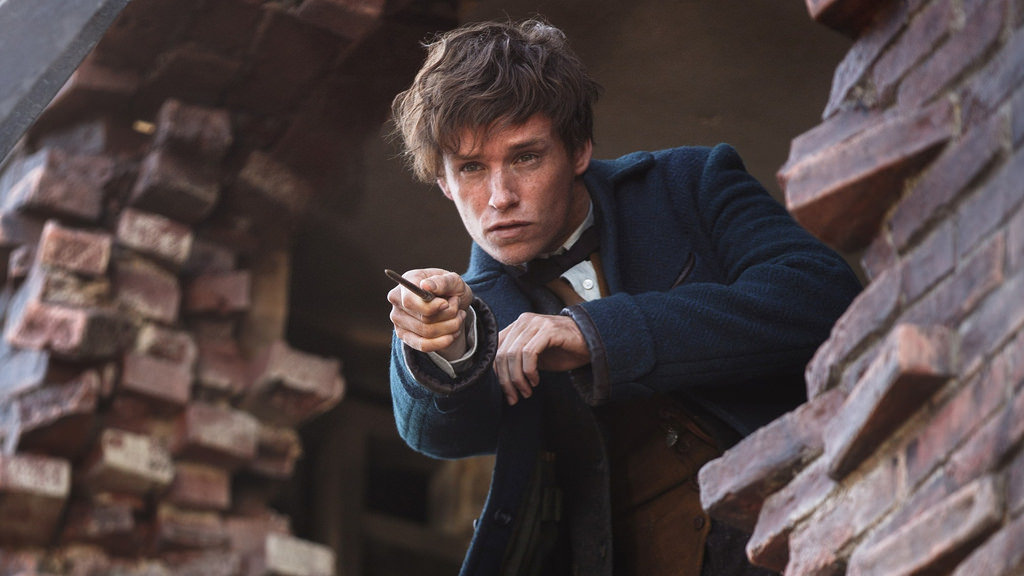 I saw Fantastic Beasts And Where To Find Them with my family in Connecticut over Thanksgiving break. As we were driving to the theater, I didn’t know how to feel. Similar to most kids, a good portion of my childhood revolved around Harry Potter. I remember playing in the woods near my house with my friends, making our own wands, dueling while wearing Gryffindor scarves (I could never accept that I was a Hufflepuff), and shouting spells we knew, even the deadly ones. JK Rowling’s imagination was the main source of my creativity as a child, and for that, I am forever grateful. However, because the story of Harry Potter had been somewhat removed from my life for a few years, as the last movie came out in 2011, I was unsure if my mind was ready for this sudden reimmersion into the wizarding world. However, as my family and I neared the entrance to the theater parking lot, I knew I had to prepare for anything. If the movie was bad, I could tell myself it was obviously because Hermione wasn’t in it. If the movie was good, then I could tell myself that of course it was, JK Rowling wrote it. Gladly it turned out to be the latter.

Fantastic Beasts is set in 1920’s New York City, 70 years before Harry’s story begins. We don’t see Hogwarts, or Hagrid, or anyone we’ve known before for that matter. But we do see a whole lot of Eddie Redmayne, the adorable little munchkin who won Best Actor for his portrayal of Stephen Hawking two years ago in the delicate biopic, The Theory of Everything. Eddie plays Newt Scamander, an “eccentric, introverted wizard, magizoologist and an employee at the Ministry of Magic” who is visiting New York’s secret community of wizards and witches. Newt knows a lot about the fantastic beasts of the wizarding world, and the plot of the movie revolves around him and the wizards of NYC attempting not to blow their cover after some of Newt’s creatures escape from his multi-dimensional briefcase. However, while Newt’s fantastic beasts roam around to some trouble, the city also faces chaos in the form of an obscurial, which is a pretty cool concept. An obscurial is a young wizard or witch who has developed dark parasitical magical force as a result of their magic being suppressed through psychological or physical abuse. The obscurial uses its force, known as an Obscurus, which is an intense, dark wind, to wreck the buildings and streets of New York City.

Throughout the movie, Eddie’s acting is excitedly innocent and comforting, and his muggle sidekick, Kowalski, provides great comic relief as well as additional cuteness. The magical action scenes are entertaining, and it was cool to see how progressive the wizarding world was in NYC in the 1920s, as the president of the Ministry was a black woman. However, while the movie did serve as an entertaining and emotional action movie at times, and the references to Hogwarts were great, simply the awareness that the movie was connected to Harry Potter made me feel happy. At times, I definitely compared it too much to the old films, but, nonetheless, I was smiling on many different occasions. It just felt good that it was linked to Harry Potter, and that I was watching something new from JK Rowling’s creation. And while it felt weird to hear wizards talking in American accents, it was also kind of nice. It gave me hope that somewhere in America there is a secret society of wizards that I might just be able to be a part of if I have an Academy Award and am the cutest little man alive. Fantastic Beasts and Where To Find Them will have four upcoming installments, so the next few years will be filled with magic, indubitably.