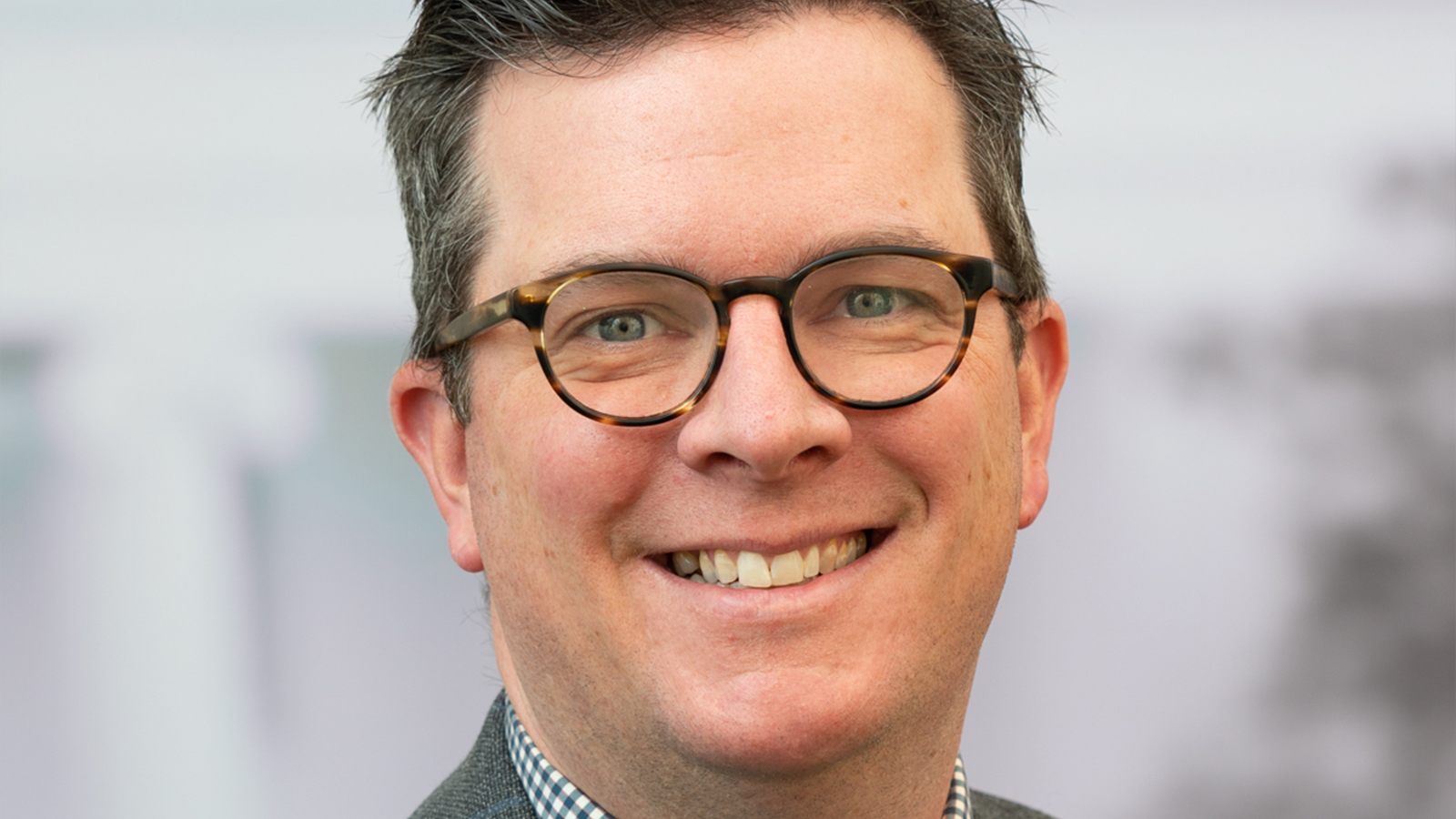 At the conclusion of this school year, Belmont Hill will bid farewell to a treasured member of this community, Jared Courtney ‘97. Mr. Courtney, a Belmont Hill alumnus, has been intensely involved and committed to the entire gamut of school life over the last decade. He has worn many hats, including Head of the Advanced Science Research program, teacher in the science department, inspiring coach of Nordic Skiing and Middle School rowing, Form V Head Advisor, dorm parent, Director of Summer Camps, and friend and mentor to dozens of boys and colleagues.

When Mr. Courtney rejoined our community as a member of the faculty in 2010, he brought with him a transformational idea: the Advanced Science Research (ASR) program. Previously, he had worked as part of a similar initiative at Berkshire School, and he recognized the unique opportunities this program could bring to Belmont Hill students. Officially launched in 2011, the ASR program at Belmont Hill gives our high school students a chance to engage in research and high level academics normally reserved for college undergraduates and graduate-level researchers. Through Mr. Courtney’s tenacious efforts to establish relationships with important members of the Boston medical and scientific communities, our boys have worked in labs at preeminent institutions. Today, Belmont Hill’s admissions office highlights our ASR program to prospective families, and undoubtedly it has helped to attract many of our top students and increase the rigor and competitiveness of the school. Senior Jack Weldon notes, “ASR has been one of the defining aspects of my Belmont Hill experience. From pursuing my scientific interests in a professional setting to improving my confidence as a speaker and problem-solver, the program has been invaluable to my development as a student. I have Mr. Courtney to thank for not only ASR itself but also the mentorship he has provided along the way.”  Science Chair Mr. Trautz put it best when he said, “We were very fortunate to have Mr. Courtney as a member of the science department these past ten years. He has been a valuable member of the department and of the community and has always moved us forward in good and meaningful ways. His creation and administration of the Advanced Science Research (ASR) program was pivotal in the growth of the department and became a marquis program at Belmont Hill. We will all greatly miss his energy, enthusiasm, and camaraderie.”

On the proverbial “other side of campus”, Coach Courtney has been indispensable over the last decade in his contributions to our athletic program. Early in his tenure he assisted with the Middle School Cross Country team, a well-established pipeline for endurance athletes with futures in running, skiing, and rowing. In the springtime, he assisted with the third and fourth varsity 4+s and helped in sustaining the Belmont Hill crew program, always a perennial contender for a New England championship. Some years later he took over the Middle School rowing program, where he molded future varsity rowers, instilling sound technical foundations and a love of the sport in our youngest oarsmen. Most significant however, has been his transformative stewardship of the school’s nordic ski program. After a few seasons assisting Coaches Kirby and Zamore, he took the helm of the team in 2015. Over five years, the program underwent a dramatic shift as a result of his excellent leadership. While the team had been an important part of school life for many athletes since its inception in the early 1980s, it had struggled to produce many tangible successes when racing against formidable “ski-schools” in the Lakes Region (NH) League. Schools like Proctor, Dublin, and Holderness have always recruited for skiing and have access to top-notch (even Olympic-caliber, in Dublin’s case) facilities. Coach Courtney recognized the innate toughness and ability of the athletes in the Belmont Hill program, and realized that with proper coaching and training they could achieve at the same high level in skiing as many of them had in running and rowing. He attended numerous conferences on ski-coaching over the course of multiple summers, and returned with new ideas to bring our ski team into the modern day. After just four years of head coaching status, Coach Courtney led his team to the school’s first ever Lakes Region Championship, besting all the historically “unbeatable” ski schools. While many of us athletes involved in that feat would like to take credit, I do not believe we were any more special or athletic or fit than the three decades of skiers who came before us. Undoubtedly, it was due in large part to the efforts and tutelage of Coach Courtney. Again the following season, the nordic ski team repeated its previously unprecedented feat and captured a second Lakes Region title. For the athletes, this one was even more special. It first served as validation that our 2019 victory had not been a fluke, but that in fact Coach Courtney had started a dynasty that hopefully soon will equal the likes of Belmont Hill’s crew, wrestling, and squash programs. Secondly, the team had advance knowledge of Coach Courtney’s departure from Belmont Hill, and felt that this victory was a fitting capstone to his nordic coaching career.

While winning two Lakes Region titles is a tremendous legacy by itself, Coach Courtney, a consummate school man, made sure to leave his beloved team in good-stead after he departs this spring. As one of his final acts as a member of this faculty he hired a highly qualified replacement, former Bowdoin nordic ski captain Fiona Ahearne, to coach the team in the coming seasons. Coach Ahearne will be teaming up with veteran Coaches Kirby and DeCaprio to continue to build upon the success Coach Courtney kick started.

In addition to his great work in the classroom and in athletics, Mr. Courtney leaves a void in the myriad of other areas he has been involved. During the summers, he ably led our Summer Camp program which serves hundreds of local kids and provides an important revenue stream for the school. For five years he has been a close confidant and mentor to our boarding students. Along with his wife, Dr. Courtney, and his sons, Fitz, Pierce, and Lloyd, Mr. Courtney has created a home away from home for this population of Belmont Hill boys. Additionally, he has helped read applications for prospective students and lead the Fifth Form as head advisor. His diligence in these many areas exemplify his hard-working nature and dedication to the school.

Based on his exemplary decade of service to Belmont Hill, it was no surprise at all to learn that the Hill School in Pottstown, PA, wanted to hire Mr. Courtney to head their new Quadrivium Center, home to Engineering, Science, Math, and Technology. At Hill, Mr. Courtney will spearhead the entire STEM faculty and continue his passion for coaching in their rowing program. Additionally, the chance to work in boarding school offered opportunities for his entire family. His wife, Dr. Maureen Courtney, will also teach in the sciences, and their son Fitz plans to attend Hill beginning in ninth grade. Furthermore, the move to Pennsylvania will allow Dr. Courtney, a Philadelphia native, to be closer to her family in a time where our world is increasingly uncertain. Belmont Hill Head of School, Mr. Schneider, remarked on what a great opportunity this was for all the Courtneys, writing, “It is with a great sense of mixed emotions that we have to say goodbye to Jared Courtney and his family this year. On the one hand, his new position at the Hill School represents a wonderful leadership opportunity for him that will allow him to grow in new ways. However, Belmont Hill will be losing an alumnus who has helped improve our school in so many powerful ways. Whether it has been his work in the classroom, creating and leading the ASR program, building an exceptional Nordic Ski program, or through his presence with summer programs and the dorms, Mr. Courtney’s impact has been deep and widespread. We will miss the entire Courtney family on campus but wish all of them well on their new adventures.”

Speaking personally, I will miss Coach Courtney greatly. Over the last seven years, among adults in this community, I have had no greater friend. While I have had many great mentors, I consider Mr. Courtney to be the primus inter pares, or firsts among equals. While he will be remembered here for his amazing achievements in ASR and in nordic skiing, it is his kindness, mentorship, and caring spirit we will miss.