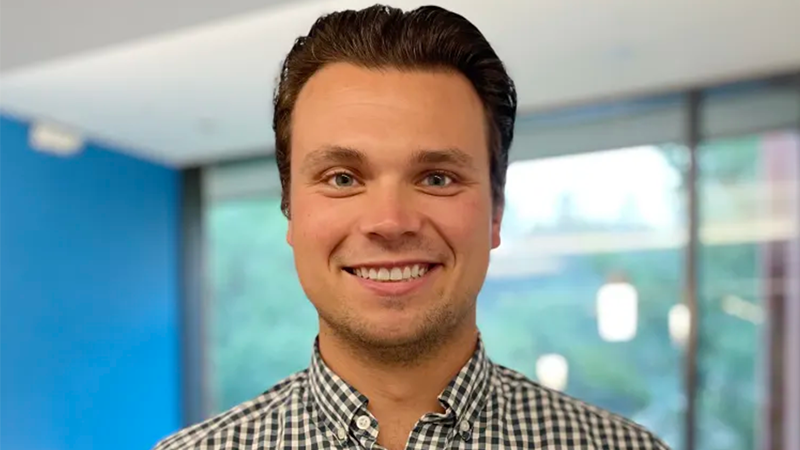 Returning to campus this year, Mr. LaLiberte has arrived for his first year of teaching here. He will enter into the math and modern language departments and coach in the fall and winter. Hailing from Needham, Mr. LaLiberte grew up in a family where almost 70% of his relatives have become teachers or educators. He grew up with his younger sister, his mom and his dad, who owns the Treat Cupcake Bar in Needham.

A first-generation student at Belmont Hill, he graduated in 2014 and thoroughly enjoyed his experience. He played three varsity sports: football, basketball, and track, and took part in many extracurriculars, including acapella, choir, improv club, and community service. What he enjoys most about coming back, he said, is being able “to teach and advise in the classroom where he was taught and advised as a student.”

After graduating, Mr. LaLiberte moved on to Middlebury College in Vermont, where he majored in sociology and continued his football career, coincidentally playing with Mr. Williams, who is also new this year. He hosted his own radio show there and made use of Vermont’s beautiful landscape by skiing, hiking and cliff jumping. Once he graduated from Middlebury in 2018, Mr. LaLiberte decided to head south and joined the faculty at the Delbarton School in New Jersey, a grade 7-12 all-boys catholic school, and spent three years there. This year, in addition to teaching and coaching, he has enrolled in the UPenn School Leadership program. There he will spend one weekend a month in person and engage in online classes to earn his Master’s Degree.

Outside of school, Mr. LaLiberte enjoys the outdoors, where he hikes, water skis, and bikes. Every year, he commits himself to partake in one triathlon or bike race while also participating in the Pan-Mass Challenge to raise money for cancer research. Since college, he has enjoyed skiing and takes trips out west to ski the imposing Rockies with his friends.

Mr. LaLiberte will teach Form I and II math classes along with a Spanish I class. This fall, he will join the coaches on the Varsity football team and will coach the fourth basketball team in the winter. The Panel welcomes Mr. LaLiberte and looks forward to learning more about him in and out of the classroom.