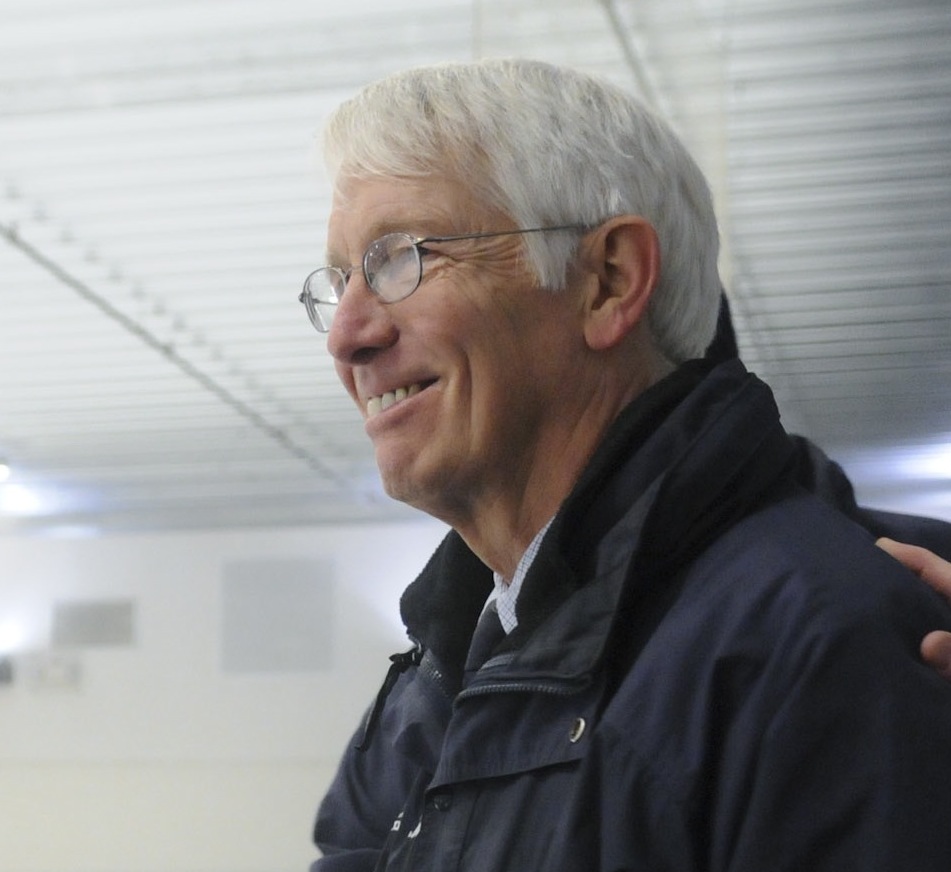 Kenneth Martin ’65, a beloved member of our community for the last 49 years, will say a partial goodbye to Belmont Hill. Mr. Martin has left an immense impact on our community. Through teaching Latin and coaching varsity hockey and third football, Mr. Martin has garnered an unparalleled list of achievements. His dedication to his students in the classroom and on the ice has not gone unnoticed. He has undoubtedly changed the lives of many Belmont Hill boys both academically and athletically. During his time at Belmont Hill, Mr. Martin epitomized the school’s teacher-coach model, and his influence has permeated every aspect of the community.

Mr. Martin formed a connection to Belmont Hill even before he arrived on campus as a student through his father. His father was a part of Belmont Hill’s first ever graduating class in 1923 and a star athlete like his son. Mr. Martin himself first came to Belmont Hill as a student in the 60s. He remembers several instances of persevering through classes that were difficult for him, including history and geometry. In terms of athletics, Mr. Martin excelled on the varsity hockey team; as a senior, he even captained the team to a nearly undefeated season, with their only loss being against Andover. However, the team soon avenged their loss in the annual tournament in Lawrenceville. When looking back on that season, rather than highlighting the success of his hockey team, Mr. Martin emphasizes the friendships he formed and the camaraderie between his teammates as staples of his Belmont Hill experience.

After graduating from Belmont Hill, Mr. Martin attended Bowdoin College in Brunswick, Maine. Originally, Mr. Martin was registered with a major in German; however, his Boston accent served as too severe of an obstacle to overcome. As he explored new options, he was drawn to Latin because of an inspiring professor who went to Bowdoin himself and was also a fan of the hockey team. Latin soon became his passion. Mr. Martin turned his love for the language into a career when he became a Latin teacher at Brooks School in North Andover.

At the Brooks School, Mr. Martin learned how to teach effectively in the classroom. Although teaching Latin proved incredibly challenging, the position provided him with valuable experience. He was mentored by the head of the Latin Department, who was one of the writers of Jenny’s First Year Latin, the textbook which most students at Belmont Hill use to begin their studies of Latin. After three years at the Brooks School, an opportunity presented itself for him to return to Belmont Hill. Mr. Martin was ecstatic to return to campus and, with the help of the Latin Department Chair, Charles Jenny, another writer of Jenny’s First Year Latin, he joined the faculty. Mr. Martin was immediately welcomed when he returned to campus, and this sense of community remains one of his favorite parts of Belmont Hill.

During his time at Belmont Hill, Mr. Martin taught several Latin classes, served as head Form II advisor, and helped organize the Form II field trip to Washington D.C. He also chaired the Latin department. When asked about his favorite part of being a teacher, Mr. Martin spoke about the joy in seeing the boys develop into men. He enjoyed getting to know his students in and out of the classroom, as he remarked, “There are a lot of lessons you can teach [the students] about life.” He also mentioned the merits of Latin in teaching boys academic fundamentals such as how to study for tests and learning terms, saying, “Latin is a good foundation for everyone, whether they continue with Latin or not.” He also reminisced on a football game which he said alums still talk to him about: “One year we had a great football team, the other team did not even get to the other side of the 50.” Given his time as a student and a teacher, we asked Mr. Martin for any wisdom he could give to the students. He responded, “The number one thing is to make sure that the kids are disciplined. They must learn to grow up, and know what is right and wrong.” Through his dedication to the betterment of his students, Mr. Martin’s has certainly left his mark on campus.

As soon as Mr. Martin began coaching at Belmont Hill, his legacy as a masterful coach and inspirational mentor began growing. As Mr. Martin says, the hardest part of every season is choosing the teams and deciding who should make the team and who shouldn’t. He always attempts to make each season better than the last. Under his leadership, Belmont Hill hockey was transformed from a strong program to a perennial powerhouse. Before Mr. Martin arrived at Belmont Hill, the team would seldom win at the Lawrenceville tournament. However, after Mr. Martin began coaching, the Lawrenceville wins began stacking up as Belmont Hill became a favorite to win most years.

Along with his noteworthy success as a coach, Mr. Martin will be missed by many because of the memories he made. One of Mr. Martin’s favorite memories is the game at Frozen Fenway, when Belmont Hill was down 3 goals to their rival, St. Sebastian’s, with 5 minutes left. After scoring two goals, BH tied the game up with 8 seconds left and eventually won in overtime. Another fond memory is of the year his son was a junior on the team and they went on to win the New England Championship.

Belmont Hill will lose a cherished member of our faculty in the retirement of Mr. Martin. He has left an indelible mark on the campus, which current students will never forget, and future students will benefit from. Mr. Martin comments that he will miss most dearly, meeting with the faculty, getting to know them. He remembers how kind the faculty was to him when he returned to campus and strove to reciprocate the kindness that was displayed to him. He still is open to talk to new faculty and encourages them to give him a call if they need anything. Mr. Martin will not be completely leaving Belmont Hill. He will be on campus once a week in the Alumni House, where he looks to keep in touch with the events on campus. In his newfound time, Mr. Martin looks to catch up with old alums and spend more time with his grandchildren. The Panel wishes the best of luck to Mr. Martin in the future and looks forward to seeing him on campus soon.