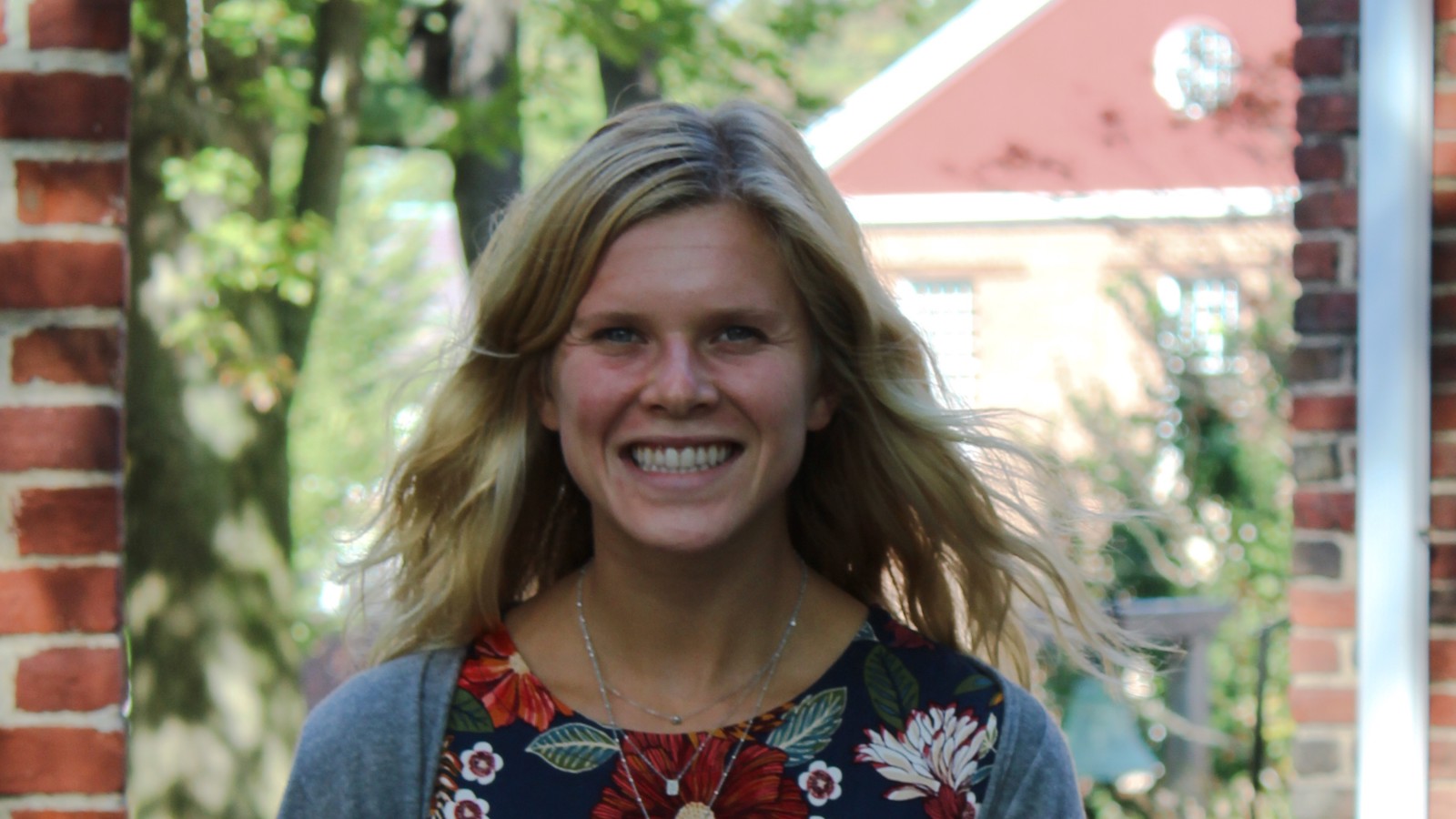 This year, Belmont Hill has the pleasure of welcoming Ms. Maya Jarostchuk to the science faculty.  A native of Acton, MA, Ms. J was raised in a Russian Orthodox family along with an older sister and younger brother and speaks Russian fluently.  At Acton Boxborough High School, she lettered in cross country and track and field, on top of serving as a peer mentor. During the summers, she worked as a lifeguard, a job which led to her current summer position as a waterfront director at a lake.  After graduating, it was off to Dartmouth College where she continued to run as a member of the women’s cross country and distance track squads. Additionally, Ms. J was an active member in a group of athletes known as the “Big Green Readers”, a program through which Dartmouth athletes teach children in local schools to read.  Perhaps this foreshadowed her future career as a teacher because, upon finishing her education, she became a teacher of biology at Lawrence High School for two years, and coached the girls’ running teams. The thing she remembers most about her experience there is the resilience of the students she taught. Many came from underprivileged backgrounds, and during her tenure there the city suffered tremendously due to gas explosions.  Many of her students personally lost their homes, and everyone knew someone affected by the catastrophe. Despite this, they still came to school and never complained. However, the large classes and long commute led Ms. J to look for a change, and luckily for us, she found Belmont Hill. She has established herself as a strong teacher of Science 1, IPS, and Biology, and an enthusiastic coach of the varsity cross country team. She is also advising a group of Second Formers and is excited to coach the sprints team during the Track season.  She has a passion for dogs, the ocean, and trailmix, and teaches a spin class in her free time away from school. On behalf of the entire community, we would like to welcome Ms. Jarostchuk to Belmont Hill.