Ms. Lyman’s Journey Around the World

Ms. Lyman’s Journey Around the World 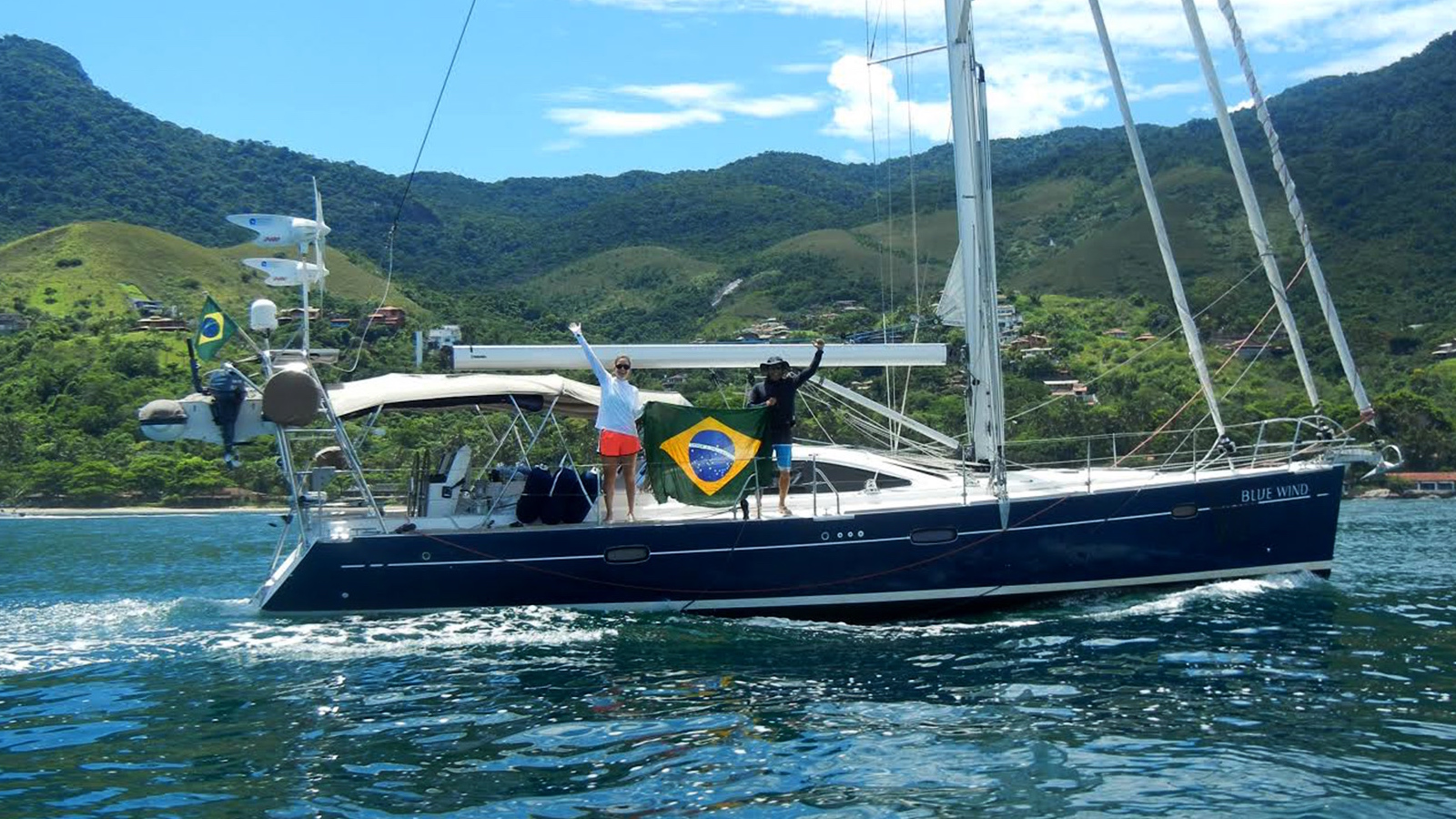 Many of you may know Ms. Lyman as a teacher, a mentor, or even just as a new face around campus. However, few know that she spent three years circumnavigating the globe by sailboat: a journey that has had a profound effect on her life. Ms. Lyman grew up sailing and while at Harvard, she raced competitively for the Varsity Sailing team, securing a national championship all four years.

So, after recently quitting work in corporate law, Ms. Lyman sought a new challenge which eventually led her to Blue Planet Odyssey. While dining with family friends, who were planning to sail around the world, she was informed of this company, Blue Planet Odyssey, which provides the logistics and organized activities for trips of this nature. Immediately interested, Ms. Lyman met with the couple along with their hired captain and signed on for a two-month adventure. In the winter of 2015, the boat left Key West, Florida and traveled to the Galapagos.

While sailing, Ms. Lyman’s boat was accompanied by many other thrill-seekers who had also signed on with Blue Planet Odyssey. On the way, they sailed through the Panama Canal after stopping at Jamaica and the San Blas Islands. She didn’t dare visit Cuba, as the embargo was still in effect, making it illegal. After spending two months sailing through the Caribbean, Ms. Lyman had grown accustomed to the boat life and decided to stay. However, she needed to switch boats. She spent ten months on this new boat, which featured a family with two kids. While on this next leg of her trip, she homeschooled the two boys, sparking her interest in teaching. If not for this valuable and enriching experience, she may have never ended up at Belmont Hill. After leaving the Galapagos, she spent three weeks traveling through the Pacific, mostly without seeing another boat, before finally arriving at the Marquesas Islands. This beautiful recluse, uncorrupted by tourism, was Ms. Lyman’s favorite place of her whole trip due to its natural beauty and amazing marine wildlife. After that, Ms. Lyman traveled to the Cook Islands, where she spent time among the villagers in rustic and isolated towns, gaining important new skills such as catching, plucking, roasting, and eating sea duck.

She traveled on to Tonga, crossing the International Date Line, meaning that she actually skipped a day; “It was nice because we skipped Monday, a day which everyone hates — even on boats, where days don’t really matter”, Ms. Lyman said. She went to Fiji, Ouatu, Australia, and then took a brief hiatus, traveling back home for a few weeks. After returning to the group of sea-goers, she switched boats again to a Brazilian ship, the owner of which she had gotten to know over the previous year. She then sailed through Asia, visiting Singapore, Malaysia, and Thailand. While sailing through Asia, a local volcano exploded, prompting a black ash to layer the boat for days. As the boat’s next stop was the Mediterranean sea, it was sent by cargo ship to Turkey where it would be met by the crew. They were unable to sail through the Red Sea due to regional piracy and the Saudi-Yemen conflict. Ms. Lyman then traveled along Turkey’s coast, on to Greece, Sicily, Sardinia, Mallorca, Spain, and through the Aegean Sea. While the boat traveled across the Atlantic, she returned home and met the boat on the tip of Brazil. After sailing down the Brazilian shoreline, the trip reached its destination in Illa Bella, a stunning archipelago in Southeastern Brazil, the boat’s home port. Over two and a half years, Ms. Lyman lived on three boats, visiting a myriad of ecosystems and communities across 19 countries. She appreciated the simplicity of life on a boat, enjoying the “isolated and disconnected atmosphere”. Though mellow, life on board was anything but boring. When not working on boat upkeep and repairs, Ms. Lyman read, played games with her fellow sailor, and, when close to land, explored, swam and hiked. Overall, Ms. Lyman’s journey is one few will ever experience: a great adventure that should be an inspiration to us all.