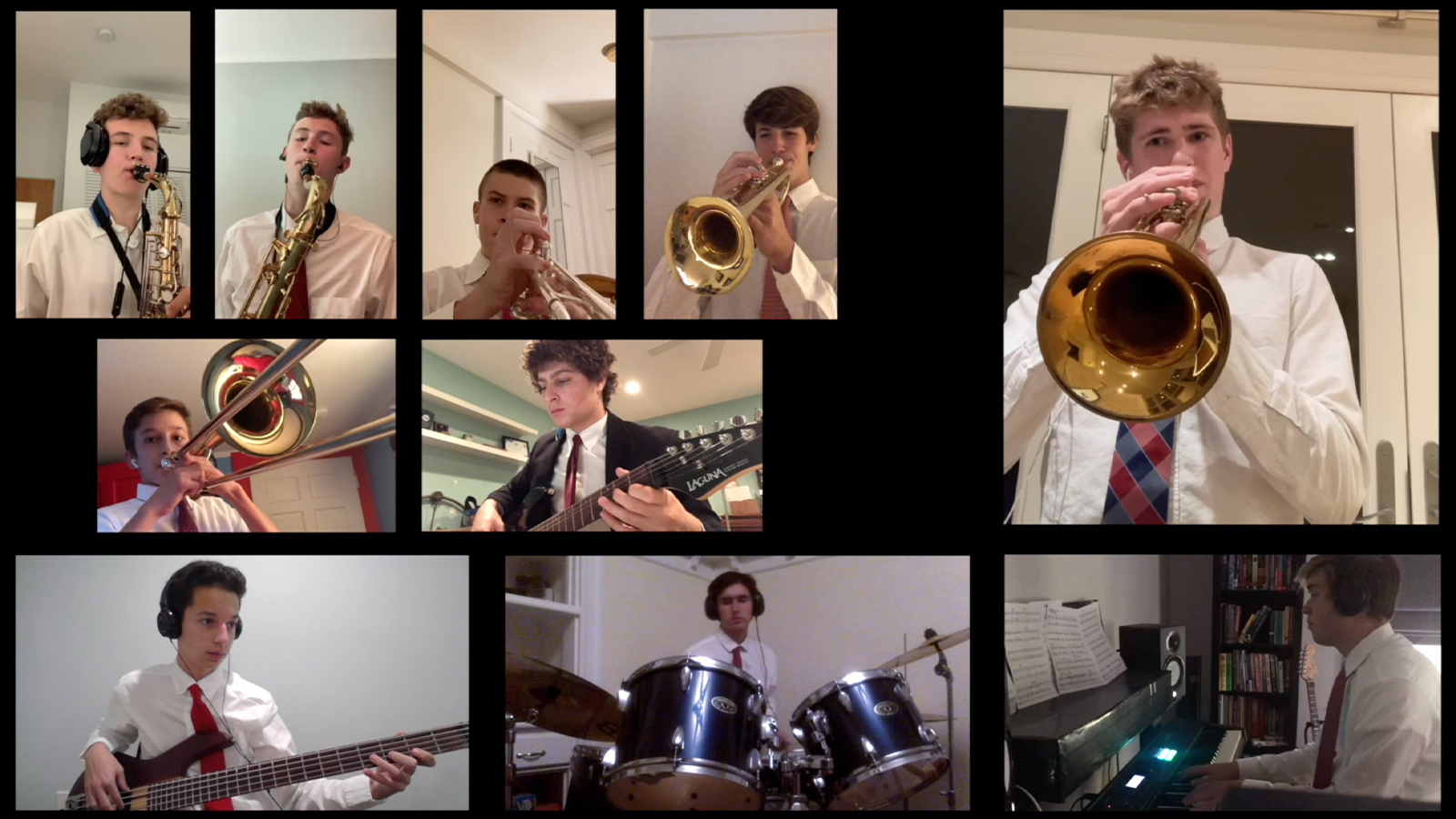 Because of the pandemic, not all of the Belmont Hill music programs are currently running. Several challenges, such as the inability to sing together in-person or play wind instruments and the lack of X-blocks or other free periods, have arisen. However, through Mr. Fiori and the rest of the music department’s hard work, several ensembles have been able to meet at least semi-regularly.

The orchestra runs two nightly sectional rehearsals over zoom. They started the year with a rendition of “Viva la Vida” by Coldplay and are now working on movements from “Peer Gynt.” Aside from orchestra, the cellos also formed their own ensemble, recording “Canción de Suenos” from Suite Hispaniola. One of the cellists, Brian Lee ’24 was accepted into the Senior Districts and has auditioned for the All-State Festival. The Panel congratulates him on his musical accomplishments. Multiple new students also joined the orchestra this year, which now has around 20 musicians. The larger size contributes to the overall richness of the recorded pieces; it also allows for the incorporation of more added nuances or countermelodies.

Both jazz ensembles have been running this year. The Middle School Jazz band meets at 4:00 on Mondays. The ten students recently recorded “Cissy Strut” by The Meters, a tune that encompasses the groove and funk of 70s jazz. They are currently working on “Mercy, Mercy, Mercy” by Joe Zawinul, a piece with a bluesy feel. The Upper School Jazz Ensemble meets at school to discuss future projects and edit their rough draft takes, and their final recordings are done at home. For the first time in the group’s history, Third Formers were allowed to join the ensemble. With its new members, the group recorded “St. Thomas” by Sammy Rollins and “Povo” by Freddie Hubbard. Both pieces allowed students to show off their skills solo.

The B-flats have been performing both as a group and as solo acts. They sometimes record downstairs in the Prenatt Music Building one at a time. They also record their song using the “Acapella” app, which involves each singer layering his track over the other members’ takes. Though the pandemic prohibits the group from singing together in-person, it has also resulted in novel solo opportunities. In their respective solo projects, each B-flat records multiple takes of their song, which allows for layering, self-dueting, and the addition of harmonies.

There have also been virtual concerts that featured the work of the B-flats, Orchestra, jazz ensembles, and other soloists. The first took place last spring, with the most recent occurring this past November. There are likely to be subsequent concerts sometime in February and more towards the end of the school year. The “Coffee Houses” have also taken place live over Zoom, featuring performances from Ryan Cannistraro ’21, T.J. Cannistraro ’24, and Mr. Schneider. There was also a virtual recital in the spring for those taking private lessons, which have continued over Zoom.

Music classes have been largely unaffected by the pandemic. Music Tech recently began this semester; rather than using the school computers for their productions, they installed “Reaper,” a Macbook-compatible recording program, on their personal laptops. Two sections of Music Appreciation are running in the spring, with one having just finished at the end of the semester. The class has been able to follow its typical curriculum. Music Composition and Jazz Theory are not running this year, not because of the pandemic but because there are not enough students.

Though right now the circumstances may be trying, hope still remains. Mr. Fiori stated,  “Certainly this pandemic has been incredibly challenging for performing arts around the world, and that’s definitely true within schools as well. None of us really know when it will return back to how it was before, and it’s challenging to not do what we’ve previously done. But at the same time, there have been highlights. We’ve learned new skills and new techniques. The output of projects to be shared with the community is super important, and it feels like we have this vital role to fill even if it’s not in front of an audience. It has a lot of negatives, but also a lot of interesting positives.” Music instigates happiness, and the Belmont Hill ensembles strive to brighten the days of the school community in the coming months with their future projects.