A Year in America

A Year in America 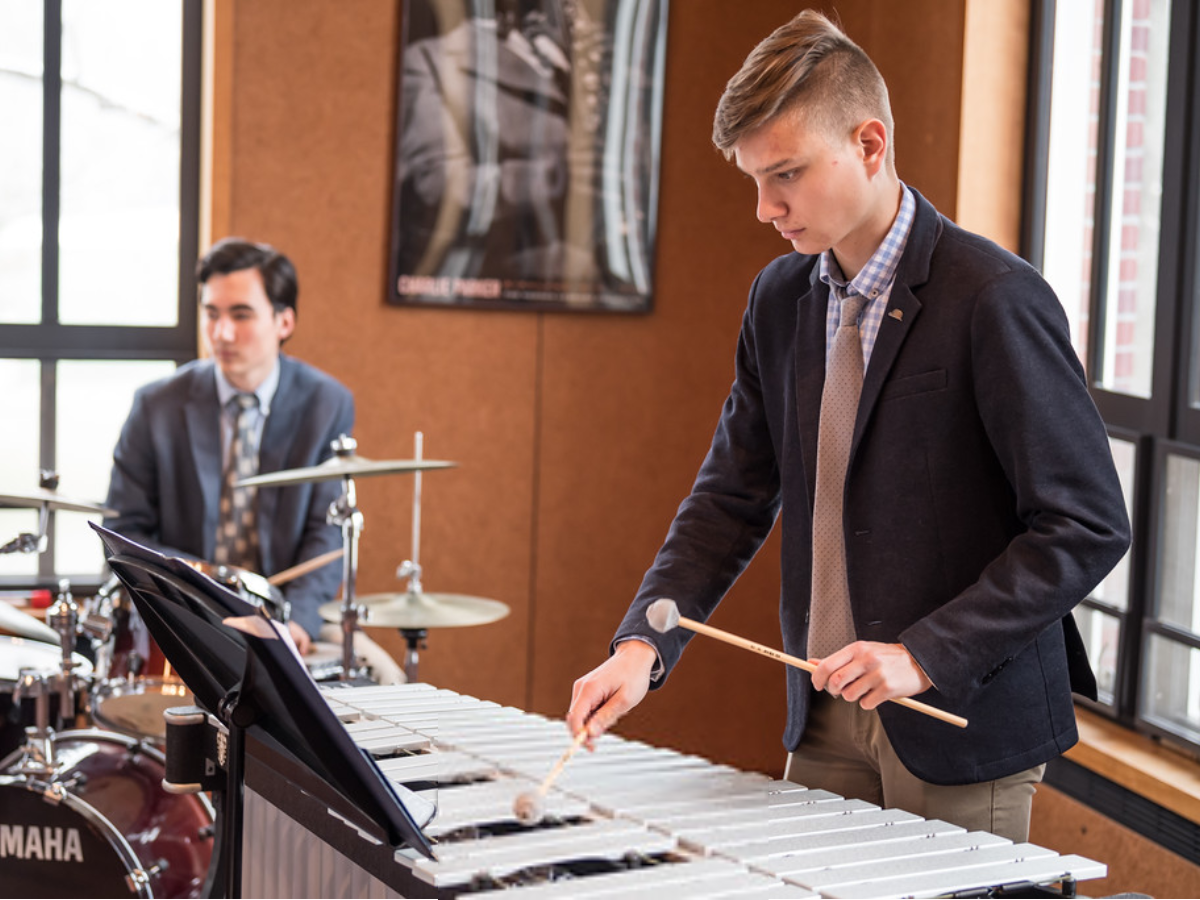 One day in my beautiful Croatian city of Split, my grandma asked me: “Would you like to go to America like Laura?” Laura had spent a year abroad in Ohio the year before. I messaged Laura and she spoke very highly of her experience and gave me all the information on how to apply. After a grueling application process full of interviews and essays in English, I learned I had been accepted, and would be attending Belmont Hill School, in Belmont, Massachusetts. After googling the school to find out where I would be living for the next year, I was excited and a little nervous for what lay ahead.

After a long waiting time the day had come. Mr. Harder and I passed through a long hallway clad with wooden reliefs at the school, whose exterior reminded me of the school from the film Dead Poets Society. He introduced me to Dr. Melvoin and Mr. Martellini, my advisor, and my “buddy,” Duncan Grant ’18. I was probably the only student not wearing white trousers and a blue blazer. I was wearing blue trousers and a gray blazer, and felt out of place as the only foreigner.

Duncan took me to the computer lab, where I used a Mac for the first time. To use it you need to have long hands. Jack Murphy ’18 was sitting next to me and I asked him dozens of questions, such as “How do I write the ‘at’ sign?” Since I had somehow lost Duncan, I stuck to Murph on the way to Jordan Athletic Center. I did not know how to use the lock, but after much trying, and with Murph’s help, I finally figured it out. Then we went to our photo-taking. I lost Murph there, so I followed people I had seen in the computer lab to a form meeting. There, the first thing that was said was, “Is Filip here?” The situation was repeated in the chapel, in front of the whole school. It was then I felt the weirdest that day, surrounded by hundreds of boys, all staring at me. When I returned to Mr. Harder’s house, I had a hard time reading the schedule and thinking where I will spend the whole school year. I began to have doubts: was this experience really for me?

The second day of school came, and it was much like the first day, with more homework than I’d ever had before, all written in a foreign language. The day was a blur of meeting complete strangers who I would end up knowing well. I spoke Croatian with myself, struggling to find the English words for what I wanted to say. I reassured myself: Filip, they chose you to come, you can survive these ten months!

I moved in with James Eysenbach’s (’19) family, one of four I have lived with. Communicating remained exceptionally tough; I didn’t know what to say when the others would talk and many awkward silences ensued, or when I spoke, I would mistranslate. I also so discovered that I speak Split English, English with the accent of my city, Split. The Scarlet Letter was killing me. Nobody showed me the campus, so the first few days I always asked some random people where I could find my next classroom. After classes each day I ran cross country, which was very painful in the beginning. At the end of one of the first cross country practices, the coaches took our mile time. Since I picked the faster group, I made it on the list to go to the race in Martha’s Vineyard.

I looked forward to the trip, and did not know what to expect from my first 5K race. The course was longer than expected. It started on the football field, continued on the macadam, grass and forest path to return to the finish, which was near the start. The gun went off. We all started running. Because of my good starting point I was in the leading group, but soon I realised that I could not keep their pace. My legs started hurting like never before. It was hard to breathe the hot air into my dry mouth. I entered the cooler shady woods. My running battery was about to die, and the race was not even halfway over. “Pass me, I cannot move,” I thought. I said to myself: “Have somebody from the school in my view, although he can be a small spot on the other side of the course.” And I finally got out of the woods, seeing the familiar blue and maroon running top. I felt dizzy and my vision went dim few times. I could not wait for the end of the race. I could not think. My only goal was to finish, either crawling or running.

Finally, I passed the wood chunks that meant that I was near the finish. I speeded up as much as I could and came into the finish line from where I just fell to the ground. Coach Trautz picked me up and gave me water. My mind was not clear. I just drank water and energy drinks and spoke insanely, until I showered and moved all the traces of an exhausting race off my skin.

“Do I need this?” I asked myself, aware that I will be sad on the departure from the USA. I thought: “I don’t want to return to yesterday because I don’t want to re-live it.” But, to be honest, now I really don’t want to return to the beginning. I consider the Thanksgiving the turning point in my attitude towards spending a year here, which then started to change for better. Iwill always remember my first Thanksgiving dinner at Mrs. Eysenbach’s sister’s house in Morristown, New Jersey. They took me on a trip to New York City, which I consider one of highlights of my USA trip. When the host family change came, I was shocked. “If you think it is too difficult, you can return”, my mom told me. But I said to myself, “I will fight,” and my Croatian friends told me, “We will pray for you.” I moved to Tim Brown’s (’20) family, who volunteered when no one else did. This first change made me mentally ready for other changes. Winter came and once again I had to adjust. Since I come from Mediterranean, I didn’t find the local temperatures appealing. Luckily, I went to visit my parents’ friends in Hollywood, Florida, and escaped the cold winter. I couldn’t believe that I was swimming on Christmas Day, and I started feeling better. Soon after the school restarted, I moved to Gabriel Raffa’s family. I knew them from before, since I have spent a weekend with them when I still lived with the Eysenbachs. I enjoyed that I could play briškula, an Italian card game very popular in Croatia, with my host grandma. They took me to New York for a long weekend. I was very happy. I started feeling like I was really getting used to the US. Then I went to community service trip to Kentucky, on which I got to know some people I wouldn’t usually see at school. I was very glad that I took that trip. I went to a public high school with Mrs. Schmunk’s daughters when I stayed with her family the second week of the spring break. Then I moved again, this time back to where I began, to Mr. Harder’s house. Now I am enjoying my year much more and try not to think about when I have to leave.

The countless differences between my school in Croatia and Belmont Hill were not easy to get used to. Transitioning to a totally new schedule and grading system was tough, as was putting up with the strict dress code and a heavier backpack. Croatian classes had as many as twenty eight people, and the lessons were taught on blackboards. The two schools operate in different worlds, and although Mr. Martellini’s class sometimes reminds me of back home, it took me a long time to get a hang of Belmont Hill life.

I am very glad that I am here, enjoying my stay more and more everyday and sadly watching my departure date grow nearer. And while I miss home, I have begun to feel at home here.