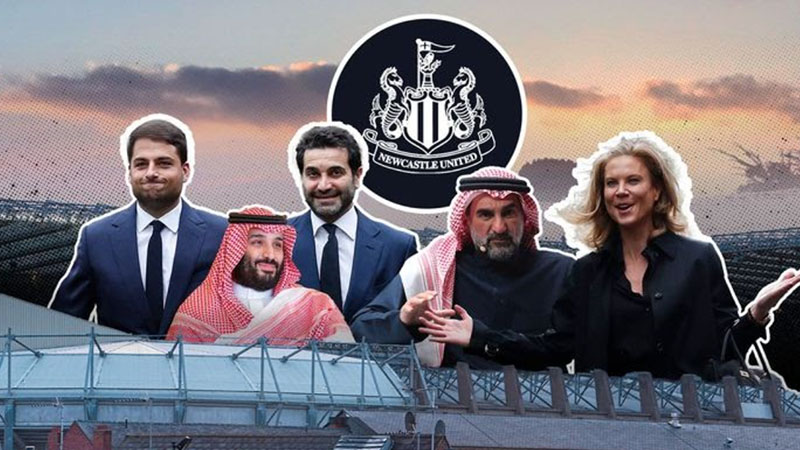 *As of November 6th

If you were watching the first five minutes of Newcastle United’s home game against Tottenham Hotspur you might be forgiven for mistaking it as a scene from the 2005 film Goal!. In just the second minute of the game, the home fans erupted to Callum Wilson’s goal with an uproar worthy of a goal for the Champions League stage, for circumstances similar to the movie. But in reality, that goal was far from being as cinematic as that in the movie, where Newcastle had a chance at the Champions League, the most lucrative club team tournament; rather it was an ephemeral moment of joy for a dull team facing the gloom of relegation. However, Newcastle United fans have more to cheer for, but they must need patience.

On October 7th 2021, Newcastle United fans finally had something to look forward to. Under the ownership of Mike Ashley for more than a decade, Newcastle United persevered through a very underwhelming series of relegations and promotions. Fans frustrated by the owner’s lack of spending and commitment to the club were elated when news came that the Public Investment Fund of Saudi Arabia (P.I.F) had purchased the club. Not only did the negative presence of Mike Ashley disappear from the club, Newcastle United had become the richest team in the sport.

Newcastle United finally had the leverage to go beyond the style of play and results of a mediocre club. Just around the start of this century, Newcastle United was competing in the Champions League. In the 1995-96 and 1996-97 seasons, the team finished runner up in the domestic league. The club had ambition, breaking world record transfer fees to sign Alan Shearer, who would become the Premier League’s leading all-time goal scorer. This is the Newcastle United team that fans want back, a team filled with such excitement that set the stages for the movie Goal! There is much to believe that this rebuild project will lead to great success. Current club giants Manchester City and Paris Saint Germain both purchased by Middle Eastern countries are now regular Champions League contenders having been revitalized from struggling mid-table clubs by the new ownership. And, in the current era of soccer, wealth seems to be a requirement to be a top team, so that the club can purchase any player at its will, as if to spend money is to solve its problems.

But there is more to the headlines of the Newcastle United takeover. While an overwhelming amount of club fans rejoiced at this event, many human rights activists looked at it with disdain. The P.I.F, although legally not associated with Saudi Arabia, as the club’s new owner has brought many concerns. It’s clear association with Saudi Arabia, a country that has many controversies pertaining to human rights and constant violence, puts into question the Premier League’s priorities. But, soccer like all other sports is a business. And so, by whatever means to achieve its goal, the club will spend as much money as needed. So, is this where soccer has come to “where dreams are built on money, and where there is no such thing as a price too high to pay” as Rory Smith, chief soccer correspondent of The New York Times noted. Unfortunately, this seems to be the case, but we can always find hope in the recent seasons of Arsenal and Tottenham Hotspur, two teams of world class stadiums and big budgets but mediocre performances.

But, as things stand, Newcastle United still has much to do. In that game against Tottenham Hotspur, Newcastle United would continue its failures: they lost 3-2. Its manager Steve Bruce on that day managed a milestone 1000th game, but it would also turn out to be his last for the club. Fans booed after the final whistle and cried for his departure. Days later on October 20, 2021, by mutual agreement, Steve Bruce left the club and opened up about the chaotic scenes surrounding the club and his relationship to it: “I think this might be my last job … It has been very, very tough. To never really be wanted, to read people constantly saying I would fail, that I was useless, a fat waste of space, a stupid, tactically inept cabbage-head”. Such is the cruel nature of sports, a grueling business that evaluates everything only on results. His successor is Eddie Howe, former manager of AFC Bournemouth known for relying on the development of young players not spending cash.