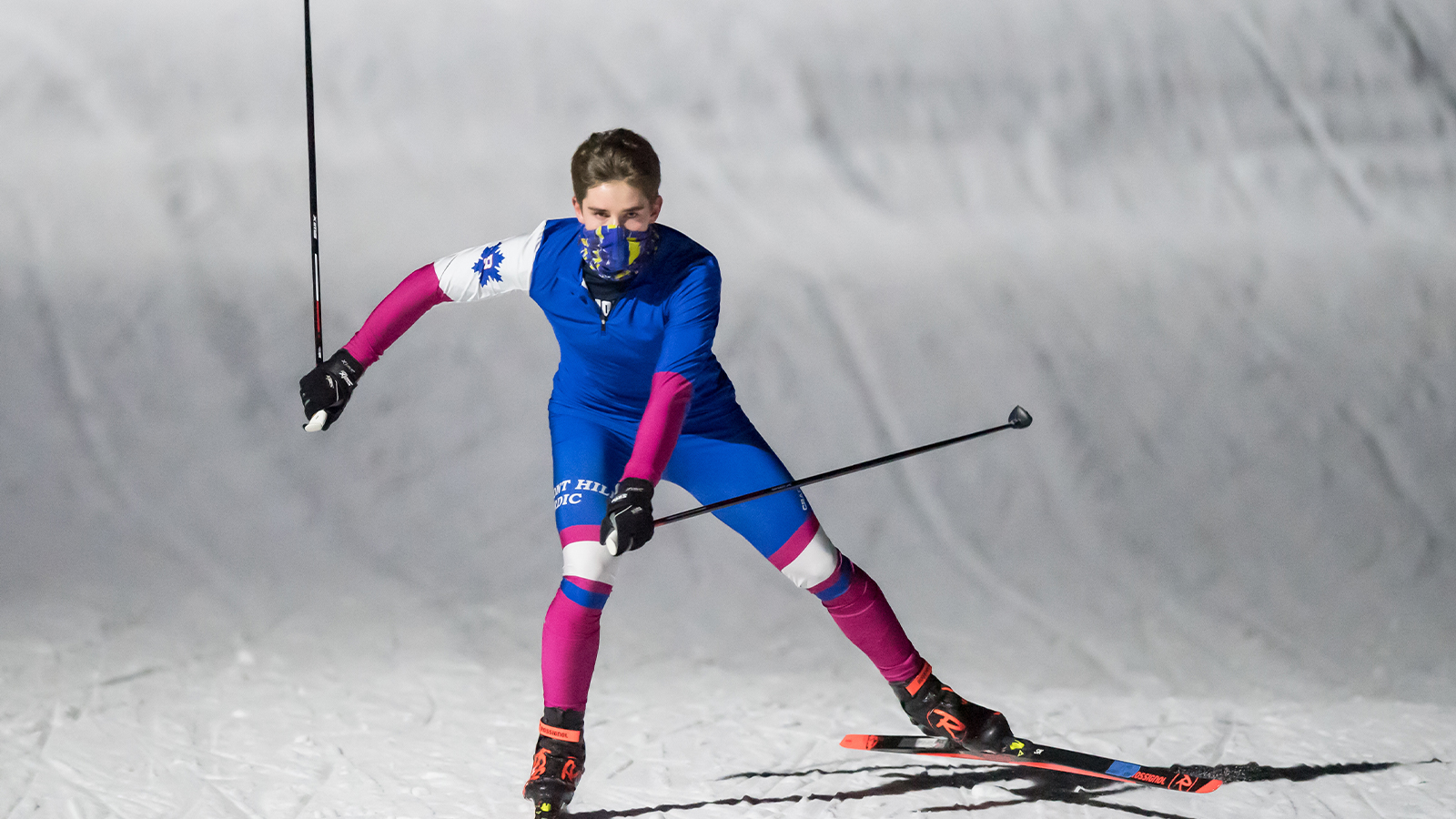 Nordic is one of the sports that Covid has affected minimally, with 4 or 5 practices being run weekly. The weekday practices also have not been broken up by the usual frequent trips up North for races against New Hampshire schools like Dublin or Proctor. Although only a 1 km loop is open for use and the snow conditions could be better, the Leo J. Martin Ski track has many turns and hills that are beneficial in preparation for more difficult courses.

The first race of the 2021 season was against the Rivers School’s Nordic team. The course was 5 km, a total of 5 laps, and included steep uphills, icy downhills, sharp u-turns, and a challenging slalom. To ensure the safety of both teams, the skiers were released in 15 second intervals, with the entirety of the Rivers school being sent off before Belmont Hill. When the race was over, Belmont Hill had placed 5 skiers before the top Rivers Skier representing our first Lakes Region win of the season with a perfect 10-26 score.

Captain Christiaan Eikeboom ’21 remarks that, “Nordic has been off to a great start! So far we’ve swept every race we’ve entered. Because we probably won’t be able to race up north, our focus this year is working on the younger guys, getting them fast and excited about skiing. I’m really excited for the team next year and think they’ll embroider a bunch of years onto the championship banner we made two years ago.” Captain Charlie Wells ’21 says that,

“Though we cannot compete as we normally do, the Nordic skiing team has found plenty of other ways to make this season great! From a team wide capture the flag tournament, to skating on the weekends, we have been taking our extra time this year to bring the team closer together as skiers and as friends. While it obviously sucks to not have a shot at a third lakes region title in a row, I’m sure the team will be back and stronger than ever next year!”

Under the leadership of captains Eikeboom and Wells, the Nordic team hopes to continue on its path to a future Lakes Region and NEPSACs win the 2021-2022 season.