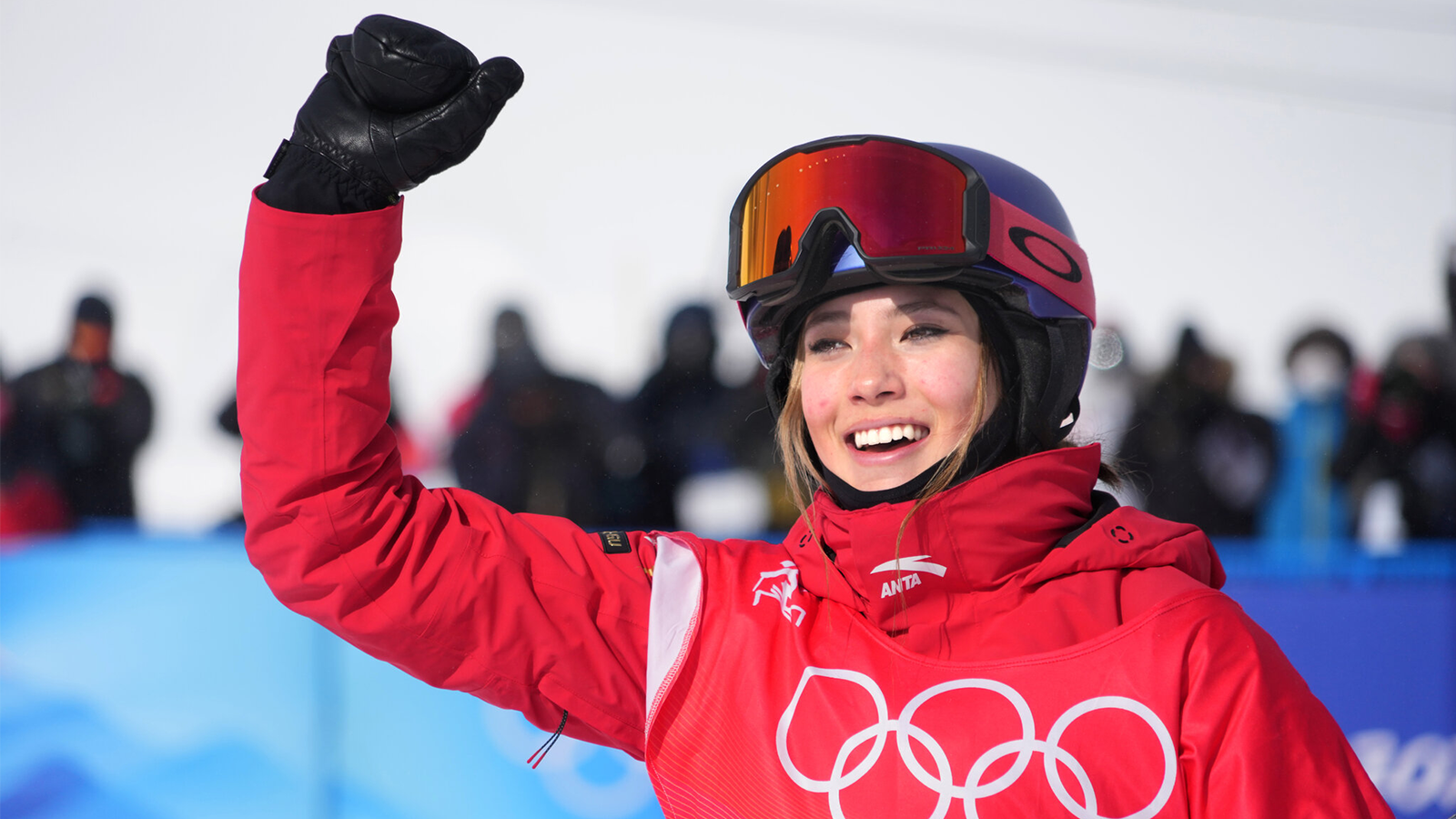 The 2022 Beijing Olympics brought new faces to this highly anticipated competition and to the Chinese team. Eileen Gu, an 18-year-old freestyle skier born and raised in California, is part of a group of American-born Olympians who competed for China this year. She is of both Chinese and American descent, and, as a result, her mixed heritage was a talking point for the media as well as the public. Gu’s exceptional success in these Olympics, winning two gold medals and one silver medal, prompted mixed reactions from viewers in both the United States and China. Much of the conflict comes from the belief that because she was born in the US and used US resources to train, it is unfair that she is now competing for a different country.

In 2019, Gu appeared in Beijing with China’s leader, Xi Jinping. She stood in a crowd of China’s Olympians in a red and white Team China uniform while Xi announced that China’s success in the Olympics would help with “the nation’s great rejuvenation.” In June 2019, Gu announced her official decision on Twitter: she would be representing China in the 2022 Olympics. Although Gu spends some of her summers in China, she was born and raised in California by her Chinese mother and grandmother; her American father is absent. Her choice is shocking and raises the question: Why?

America and China’s current trade war and battle of political ideologies make Gu’s decision even more significant. According to The Economist, Gu hopes “the pursuit of extreme sports can be a means through which people in China and the United States can enhance their communication, understanding, and friendship.”

However, Gu’s rise in popularity since her decision to represent China signifies that her reasoning may be more self-interested than she claims. In the time that Gu has been a part of China’s team, she has appeared on the cover of Chinese Vogue, Elle, GQ, and Marie Claire. She has also signed with Adidas, Tiffany & Co., and Louis Vuitton. Gu has transformed herself from simply an athlete into a fashion model, businesswoman, and influencer with a prominent position in global politics. These accomplishments, in addition to her Olympic success, have propelled Gu to international stardom. Chinese media has painted her as the nation’s darling. In the eyes of the public, she has been labeled the “pride of China.” As CNN put it, her success was “emblematic of a perceived victory over America.” She is regarded as the epitome of Chinese achievement. Evidently, for Gu, flipping nationalities was a means to fame, fortune, and influence.

She owes some of her fame to the Chinese government, which has promoted her as a part of their “naturalization project.” This program is designed to recruit top foreign athletes of Chinese heritage to improve China’s success at the international level.

Another California-born athlete, 19-year-old Zhu Yi renounced her citizenship in 2018 to compete in figure skating for China. However, unlike Gu, Zhu’s decision to change nationalities brought unwanted criticism. Her non-fluency in Mandarin and poor performance at the Olympics prompted a remarkably different response from the Chinese people and media. She has been denounced by the public, with critics stating that she brought shame on the country and even that she was “not Chinese enough.” Evidently, she has had quite the opposite experience from Gu, and it reflects how easily China can create a star or turn against one. The disparity between these two athletes’ treatments demonstrates how switching nationalities does not always end well for athletes.

Gu and Zhu are not the only American-born Olympians who represented China. 17 out of the 22 members of the Chinese National Hockey team were either born or raised in North America, and many have no Chinese ancestry at all. According to Reuters, “The large number of foreign-born players in China’s Olympic ice hockey teams has split opinion in the country, with some on social media decrying the lack of home-grown talent while others argue it is necessary to grow the sport domestically.” Goalkeeper Jeremy Smith has no Chinese ancestry and remains a US citizen, but he competes for the team alongside several naturalized teammates.

China seems to be less stringent with its dual citizenship rules now when it comes to sports, but they are more meticulous with whom they choose to promote and whom they do not. The popular Chinese opinion to promote Eileen Gu while criticizing Zhu Yi is a testament to China’s high standards for its athletes. The split between the country’s opinions on the hockey team shows the need for balance between national pride and international recognition of talent. Although Yi and the hockey team did not win any medals, this “upset” should not be a reason for backlash. Rather, it should serve as motivation for the next Olympics, with the country supporting its athletes along the way.

Ally Kennedy ‘23 said “I understand that players are trying to grow the sport, but I think there are other ways for that to be done. I think the Olympics is an event where people should represent the country in which they identify with most, not a country where they think they can benefit from the most.”