Party with a Purpose 2019, and a Look to the Future

Party with a Purpose 2019, and a Look to the Future 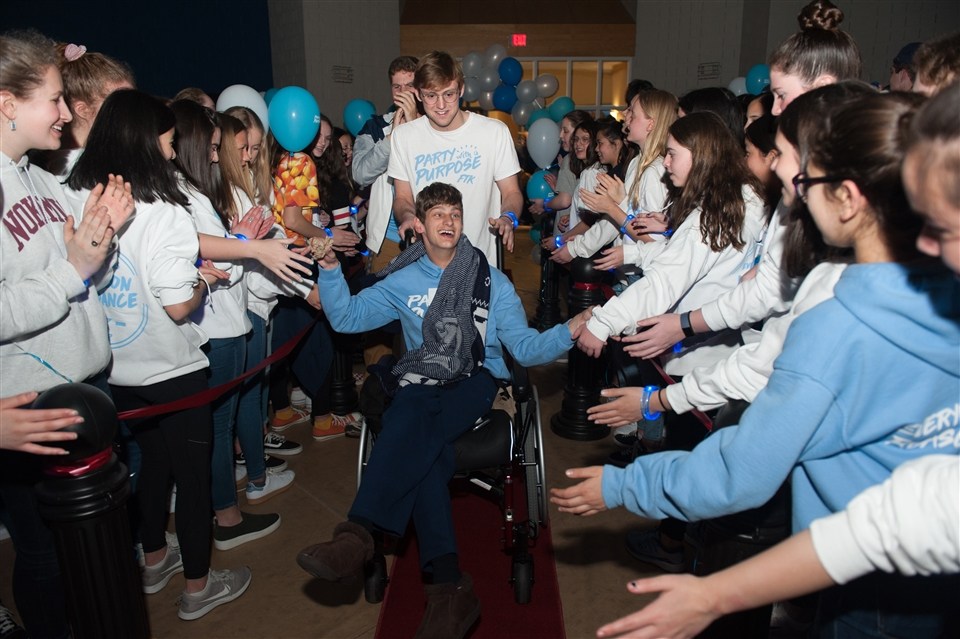 For the past three years, Party with a Purpose or “PWAP” has been one of the biggest events at Belmont Hill, eclipsing the Junior-Senior Prom in terms of attendees for at least the past two. This year, PWAP had its largest number yet, boasting 1250 attendees and 19 companies donating various goods and services, while raising more money than ever before (although the exact amount has not been revealed yet).

The impact that PWAP has on the school, the people who run it, and most of all, the kids, is tremendous. Students around campus seem to really buy into the event, with many, if not most, purchasing a PWAP hoodie or some of the other merchandise. The money from that merch is going to a great cause. When I asked Colin Vallis, one of the head planners of PWAP, how he felt about his experience, he responded, “PWAP is a lot of work, there is no doubt about that. But seeing the smiles on the faces of our miracle children on event night makes it all worth it. No words could truly discern how grateful I am for the support from our executive team and the entire community as a whole. The guys on our executive team put in hours of work behind the scene that made this year our most successful year yet. There is no greater feeling than standing on stage and seeing all of our dancers on the floor, all fighting for the next generation. PWAP has taught me just how powerful you can be when an individual believes in the power of themselves. When we work together, we can set about changing anything we believe in.”

The future of PWAP is also important to maintain in order to help the cause of research into childhood illnesses. Quite a few of the current planners are leaving with the class of 2019, but, despite this, Colin believes that PWAP can come back next year stronger than ever: “I am very confident in the future of PWAP. The executive team will have three returners (Bobby Manion, Emmett Greenwood, and Jack McHugh) along with the addition of Matt and Zach Travaglini, Archie Perry, and Doug Conigliaro. Ultimately, we all are hoping and working towards the day where PWAP is no longer needed, when no child has to walk through the doors of a hospital. Until then, I hope the event continues to grow every year in both terms of money raised, the number of miracle children attending, and dancers. I cannot wait to come back next year and see all that our guys accomplished.”

The future of PWAP is bright, and, echoing what Colin said above, I hope and believe that it will remain bright until the day that it is no longer needed.