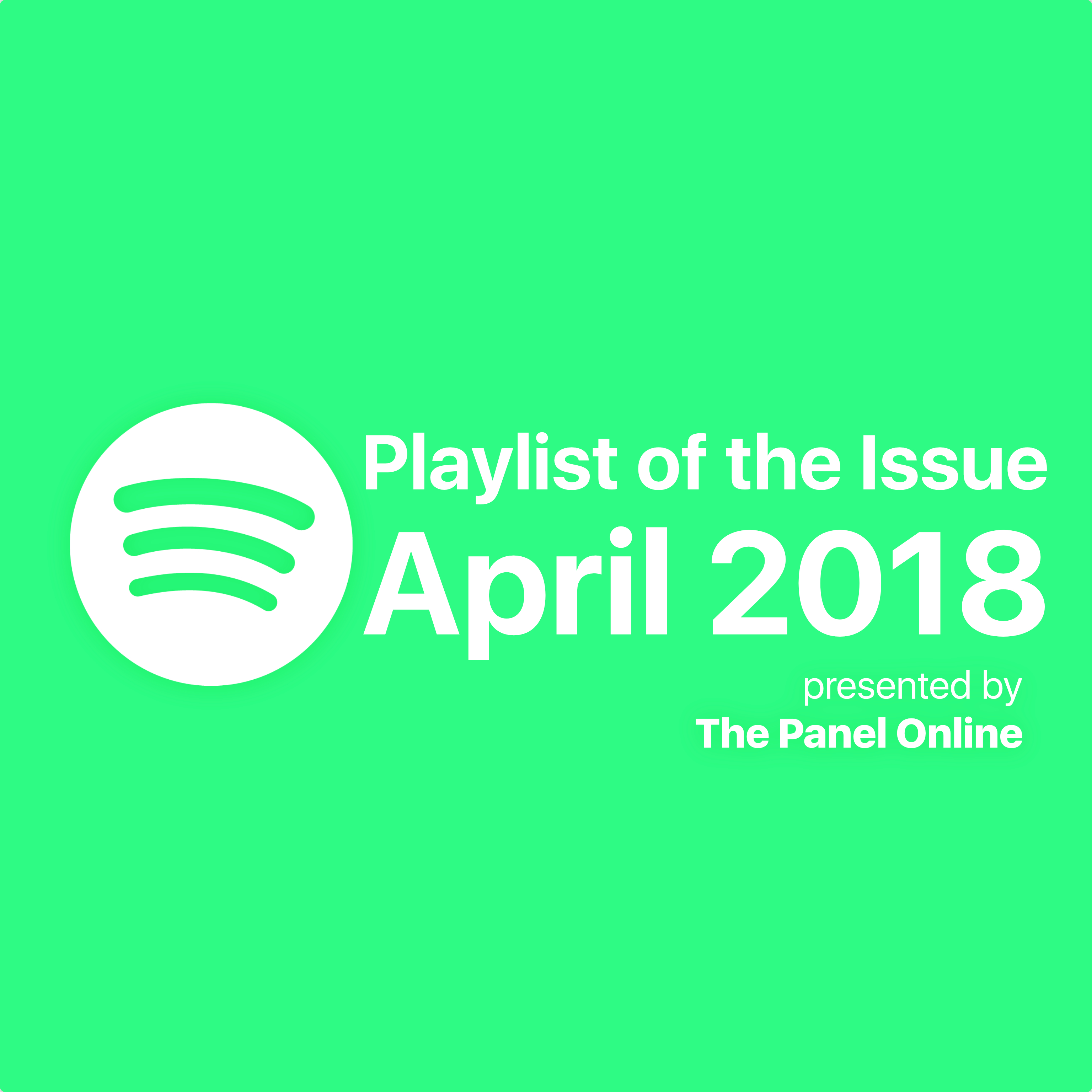 Since its first appearance in The Panel almost two years ago, “The Playlist of the Issue” has become a customary article for the print publication. Not only does it provide a great opportunity for Panel staffers to write about their favorite songs, but it also exposes Belmont Hill students to new music genres. For those reading The Panel for the first time, “The Playlist of the Issue” features two authors who each pick five songs which they feel deserve recognition and write about them. For Volume 67 of The Panel, Matt ‘Goot’ Goguen ‘19 and Matt ‘Smoot’ Smith ‘19 will be taking over from Arnav Prasad ‘18 and Seth Israel ‘18 as curators of “The Playlist of the Issue.” As The Panel increases its online presence in the near future, Goot and Smoot may post weekly playlists to The Panel Online.

With his much-anticipated release of his album The World is Yours, Rich the Kid offers us more than a glimpse of his musical talents. A collaboration with Quavo and Offset, “Lost It” is one of the best songs on this album. Although his songs are known to be repetitive, Rich the Kid with Quavo and Offset provide a complex song that adds to his critically-acclaimed album.

Taking the world by storm after the release of his album American Teen, Khalid has grown a large following of loyal fans, including me. His unique voice and emotional songs relate to all young, dumb, and broke high school kids. “Winter” is a slower song on his album, but artistically captures Khalid’s style and way of life.

Bennie and the Jets – Elton John

Although many would consider placing “Rocket Man” or “Tiny Dancer” on this list, this Elton John classic deserves some credibility (those who watch The Office know that it’s one of Andy’s favorites). The song is a bit repetitive, as the line, “B-B-B-Bennie and the Jets” repeats over and over. Yet it is a very catchy song and many dads will be appreciative of this classic making the cut this week.

I was highly considering taking this song of the list, but it’s acquired enough popularity to remain. Although it seems as if the song is playing on every radio station, the unique pairing of Country and EDM makes the song somehow amazing. It seems like today many artists are pairing up with Zedd to create these “mash-ups.”

Who would have thought that a song featuring Kylie Jenner would be such a hit? In this one-time collaboration between badboy musician Chris Brown and comedic rapper Lil Dicky, the two artists, along with DJ Khaled, Ed Sheeran, and the aforementioned Kardashian, rap, sing, and act (yes, act….they also released a must-see music video) about a hilariously wacky and made up scenario in which they switch bodies. Though not taken seriously as a legitimate performer and often considered a joke, Lil Dicky delivers an upbeat and energetic banger which definitely could be this summer’s anthem (if Drake hasn’t already beat him to the punch with “God’s Plan” or “Nice for What”).

In his latest single, John Legend produces yet another emotional chart topper. Unlike classics like “All of Me” and “Love Me Now,” which are rife with drama and intensity, however, the equally heartfelt lyrics of “A Good Night” are far more celebratory. Produced by BloodPop®, this funky, disco-esque jam will liven up anyone’s chill playlist and have you nodding your head from start to finish.

These former favorites of radio hosts everywhere get deep in their three song EP entitled “Sick Boy….Everybody Hates Me.” After over a year since their last single release in the summer of 2017, Alex Pall and Andrew Taggart attempt to display their intelligence and well-roundness as artists with this dark and varied track which blends belting piano chords and riffs with a standard pop backdrop. Intentionally cagey and vague about the message behind their song, one thing’s for certain –The Chainsmokers will leave you guessing what they mean by “Sick Boy.”

For an artist whose biggest break may have been his role in Coloring Book’s lead single “Angels,” reuniting with Chance the Rapper was only inevitable. Together, these talented MC’s from Chitown indict the internet and its addictivity on top of a tender and cozy rhythm. But what’s most exciting about “LOGOUT” isn’t the killer chemistry between Saba and Chance or its seemingly self-righteousness, but the seamless and frequent transitions between the quick, percussive tempo of Saba’s chorus and the slow meandering of his and Chance’s lackadaisical verses. This categorically chill rap song will keep listeners as alert and engaged as many pump- ups would.

This is a throwback you don’t just play on Thursdays. In their first number-one single, Hall & Oates strum out the infectious melodies of this 70s soft rock classic, a genre which has found re-emerging popularity in recent years. I wouldn’t be surprised to hear “Rich Girl” on the soundtrack for the next Guardians of the Galaxy movie. I can guarantee it will leave you dancing like Groot.