Playlist of the Issue: October 2018

Playlist of the Issue: October 2018 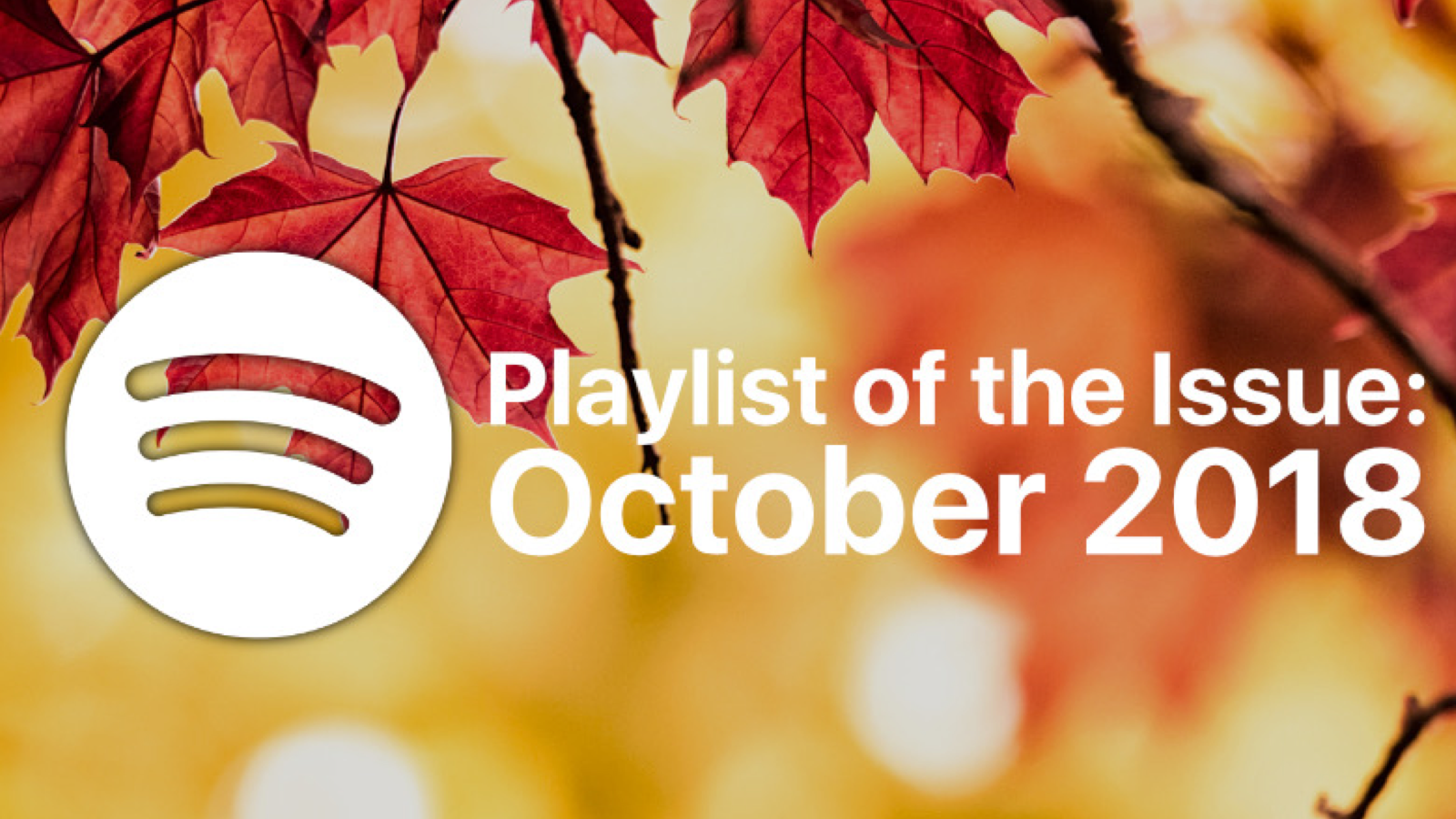 One of the most anticipated albums of the summer, Astroworld by Travis Scott received mixed reviews regarding the artist’s style on some of his songs. Personally, I enjoyed the album; Travis Scott isn’t one of my favorites, but he produced some solid songs on his latest track, such as “Carousel.” Scott does his usual style in this song, and it doesn’t disappoint. Alex Manioudakis, this one’s for you.

Yes, I have a Drake song on here. And let me make it clear, I don’t think his album lived up to the hype. But “Sandra’s Rose” is one of the lone bright spots in Scorpion. Drake brings out his emotional side on this track, and the song itself isn’t a “banger,” but brings out the feels.

Throwback Kanye! From his first studio release, The College Dropout, “We Don’t Care” is classic Kanye. The track has a solid beat, deep lyrics, and a catchy chorus. One of the more forgotten songs from early Kanye. Show some respect to this song, it won’t disappoint.

Can you tell that I think Khalid has the voice of an angel? His new single, “Better,” is simply a beautiful song. Khalid has been featured in many recent songs and he has only begun what seems to be a successful career. “Better” displays the iconic vibe of Khalid, relaxed and deep. He truly is an amazing artist. Sorry for the bias.

Logic is back! No, don’t groan. Since his last album, Bobby Tarantino II, it appears that the Maryland rapper has taken a page out of Chance the Rapper’s playbook, postponing another album in favor of multiple collaborative singles, including “One Day.” Featuring the melodic voice of Ryan Tedder, lead singer of OneRepublic, “One Day” mixes Logic’s standard verses about inclusivity with enthusiasm for the future. It shatters all my past conceptions about and expectations for Logic and leaves me wanting more.

“Come Back to Earth” – Mac Miller

On September 7th, 2018, Mac Miller sadly passed away due to a drug overdose. Just over a month before his death, the rapper released a new album, Swimming, which included a song entitled “Come Back to Earth.” This somber and calming song expresses the sad sentiment shared worldwide about the death of Miller and memorializes his life of achievement. He will be missed. RIP.

Released in June 2018, this debut single by Pittsburgh native duo Social House might have been the song of summer this year if not for major releases by artists like Drake and Travis Scott. The lazy party anthem gives off serious Yachty vibes, which makes sense considering it features the hit rap artist. Listening to it on my way home washes away all my worries, including the seemingly endless lines of traffic on I-95.

This rock classic from 1984 oozes nostalgia with its catchy and upbeat synth chords and blazing guitar solo. Featured in the book-to-movie adaptation of Ready Player One, the song reminds me of the once colorful and lively arcade stores, which peaked around the same time as its release. It inspires optimism and positivity, making it a heavy hitter in any playlist lineup.

Released in 2017, “Changes” delivers a triumphant hip-hop hoorah. Carried by its strong horn section, the song has helped me celebrate my successes and regroup from disappoints and defeats. Written and performed by little know rapper DeJ Loaf, it emphasizes the come up and overcoming overwhelming odds.