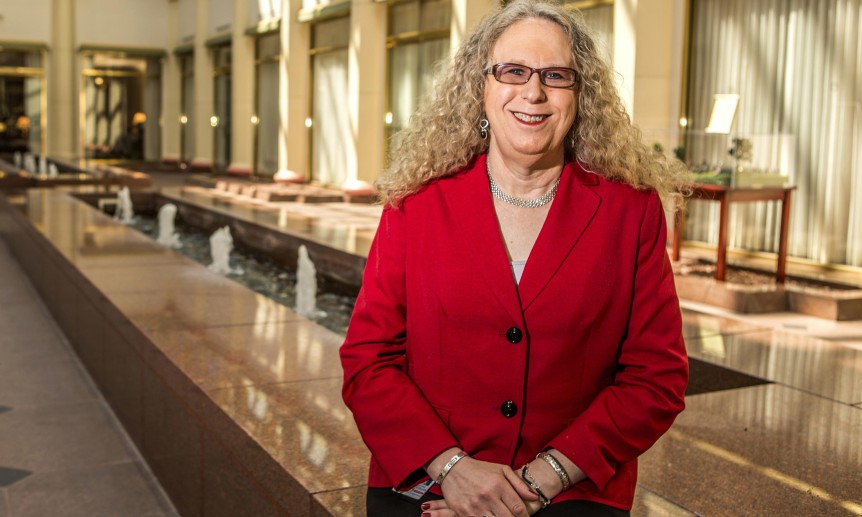 Dr. Rachel Levine, a Belmont Hill alum, returned to give a chapel talk in a long school meeting about her journey as a transgender woman. In her speech, titled “The Eye of the Hurricane,” Dr. Levine discussed her time at Belmont Hill, her successful career as Physician General of Pennsylvania, and her transition.

Full of humorous asides about the Better Buy sale and the upcoming ACTs, Dr. Levine’s speech provided a remarkable opportunity for Belmont Hill students to learn more about LGBT issues; her status as an alumni allowed her to better connect with current students, and everyone left the chapel that day more informed and understanding.

Talking specifically about her experiences at Belmont Hill as a student and football player, Levine also related her journey to Harvard and eventually to becoming a doctor at Penn State. She explained how, her entire life, she felt like something was off her with gender, but she compartmentalized those feelings until her early forties. At that point, Dr. Levine began the transitioning process, living life completely as a woman just a few years later.

Dr. Levine also touched on the issue of transgenderism at an all-boys school, where many in the community are already questioning how the school would react to a transgender student. As the speech came to an end, the students gave an energetic standing ovation, a testament both to the quality of her speech, and the open mindedness of the community as a whole.

Afterwards, she met with a smaller group of teachers and students in McPherson to answer questions and talk more about LGBT issues at Belmont Hill, the transitioning process, and her job as the Physician General. Overall, Dr. Levine’s chapel talk was an interesting and informative speech that shed light on a very important issue in our society, and certainly helped encourage students to keep an open mind when considering such ideas.