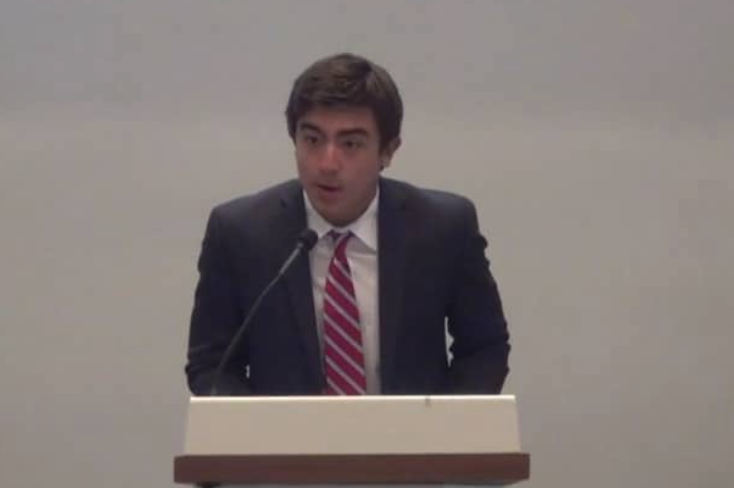 As the campus already looks forward to next year, Ray Hunt ‘17 was chosen in April by his peers to represent the student body as President of the School. A veteran senate member, Ray has served as president of his class since Form I, an astonishing feat that occurs rarely on the Hill. While Hunt has been a perennial powerhouse on the political side of campus, he fills a wide diversity of roles on campus: a captain of varsity football and a member of the varsity track team, Ray also heads Coding Club. Next fall, Ray hopes to foster a community where boys can continue to explore their passions. “In the past 5 years,” he explains, “it’s been fascinating to see each class leave its own mark on the school; some of these grades have excelled in certain areas in particular, and my goal is to see as well-rounded a school as possible next year.”

With five years of experience in representing a diverse group of boys, Hunt also has a host of goals, all aimed at “improving the lives of students on a day-to-day basis.” First on this list, Ray plans to address the community’s suggestions regarding food. From offering a wider range of options at snackbar to providing boys with a nutritious, high-protein option at lunch everyday, Ray hopes to continue off of the improvements made by the Senate this year.

Ray also hopes to make the lending library for used books, a senate initiative headed up by the Class of 2017 this year, a reality. A part of Belmont Hill that is relatively unknown, the lending library would allow boys to borrow, rather than purchase, textbooks and other literature for their classes.

In an effort to improve the lives of the boarders on campus, Ray also plans to work with boarding representatives to accommodate their goals for the next year, which include adding more dining options and unblocking some forms of social media on campus.

When considering technology, one of Ray’s biggest goals next year is to lighten some of the internet restrictions for students; with a Belmont Hill email address for unblocking sites already created this year, by the fall, Hunt also hopes to lift restrictions on Spotify and Snapchat.

Ready for his final year on campus, Ray feels poised and ready to take on the responsibilities of representing the school. Serving alongside Vice President Brian Tanabe ‘17, Senators Nick Delhome ‘17 and Peter Tamasi ‘17, and the other members of the Senate, Ray has the experience and the drive to help the Belmont Hill community accomplish all these goals and more.