Should Belmont Hill Change Its Schedule For Better Student Sleep?

Should Belmont Hill Change Its Schedule For Better Student Sleep? 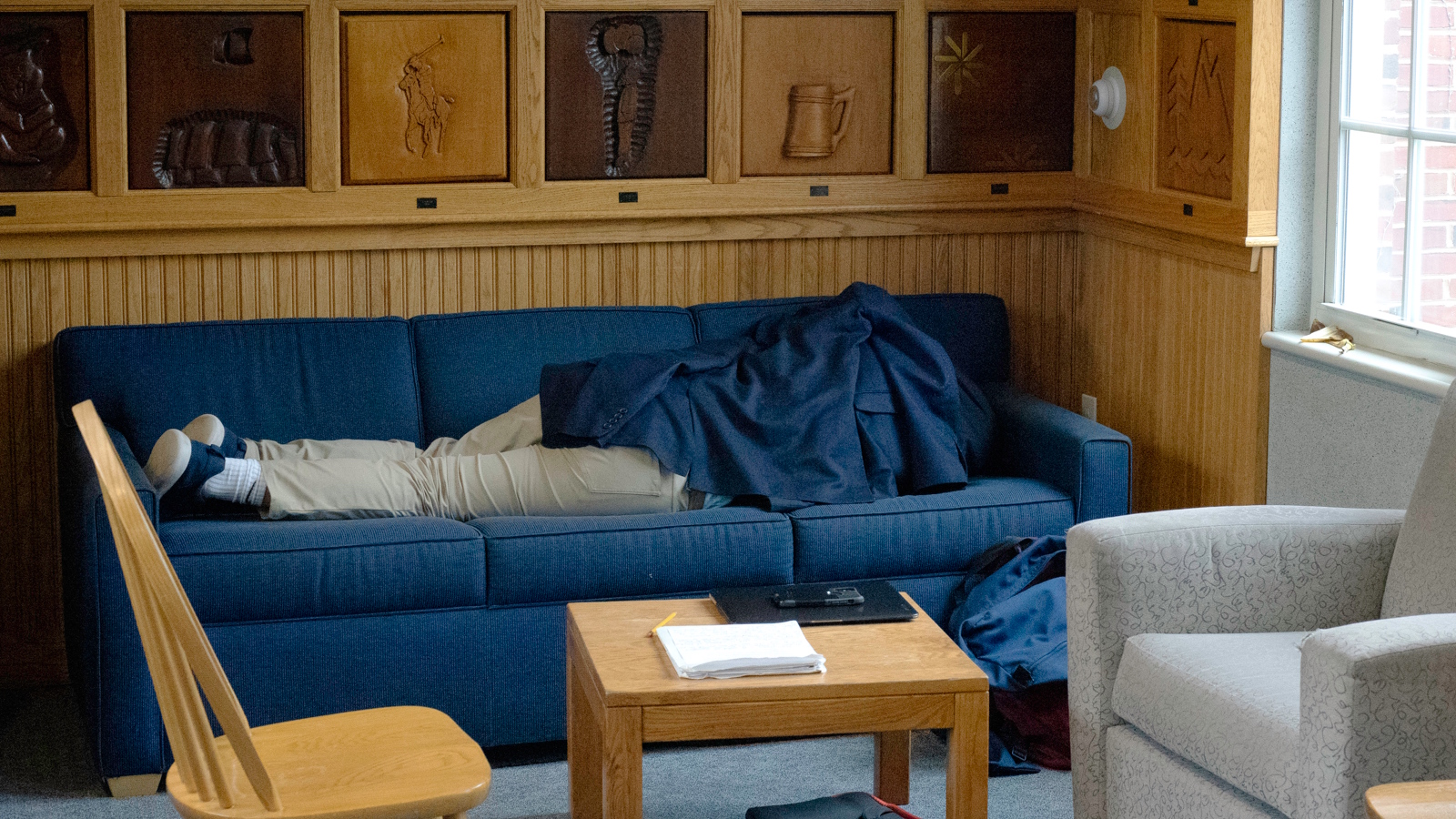 Every morning, Belmont Hill students are painfully reminded of their lack of sleep as they groggily turn off their alarms and look out their window to the night sky. Doctors recommend nine hours of sleep per night on average for high schoolers. This means students need to be asleep between 10 and 10:30pm each night in order to reach the desired amount of time asleep. As most students know, getting to sleep by 10:30pm can be virtually impossible with so many interferences like sports, homework, and family time. For example, a student could get home from school at 5:30-6:00pm, which leaves them about five hours to finish all required tasks. First they may eat dinner and shower which means they wouldn’t begin the homework until close to 7:00pm. With the vast Belmont Hill workload, it is likely they would have a few hours of work which could last until 9:30pm. If this student went to bed immediately after he finished his work then he would be able to get a complete nine hours, but that seems unlikely as most people like to decompress by watching Netflix, Youtube, or whatever sports games are playing.

Students tend to shut off the light closer to 11:00pm on most school nights which cuts their sleep time down to 7.5 hours. Over the course of five days, students would be getting less than 7.5 hours of sleep per night, much less than the doctors’ recommendation. If school started later students wouldn’t have to lose this sleep and would be able to perform significantly better in school. Just an hour extra of sleep per night for students would go a long way to improving the school environment.

But while starting school later may sound like a good idea on the surface, many problems would arise, and not much sleep would be gained. For one, traffic is considerably worse on Thursday morning (late start), because more drivers are on the road commuting to their jobs, which often start around 9am. Many Thursdays, I do not leave my house much later than I would on any other day, often very frustrated with traffic. Second, students that do not have their license, which is about 75% of the school, rely on their parents to get them to school, and many parents of Belmont Hill students work a 9-5 job. Before I got my license, my dad would drop me off at 7:45, and drive twenty-five minutes to work, arriving there in plenty of time. However, in this new system, my dad would have dropped me off at 8:45am, causing him to show up late to work every day. He would need to drop me off about 30 minutes before school started every day, just to barely get to work on time. Although this next issue would only arise in the fall, it is still a possible downside. Assuming school started one hour later, we would finish one hour later, subsequently pushing practices one hour later. Therefore, the practice time of the Varsity Football team would be limited greatly by daylight. And if you cut out 2:15, fewer clubs will be able to meet, and students would have more work when they get home. Speaking from experience, I think I can stay up much later on Wednesday nights, and not be tired, because it is late start. If I had that mentality every night, I would constantly be up later than I should be. And the next morning I would not get as much sleep to accommodate for my dad’s work schedule, or for the brutal traffic. Furthermore, as many know it is very depressing driving home every night in the pitch black. As much as students pine for later starts, there are only so many hours in the day, and any time we gain in the morning we inevitably lose in the night.