Soccer Winds Down a Successful Season

Soccer Winds Down a Successful Season 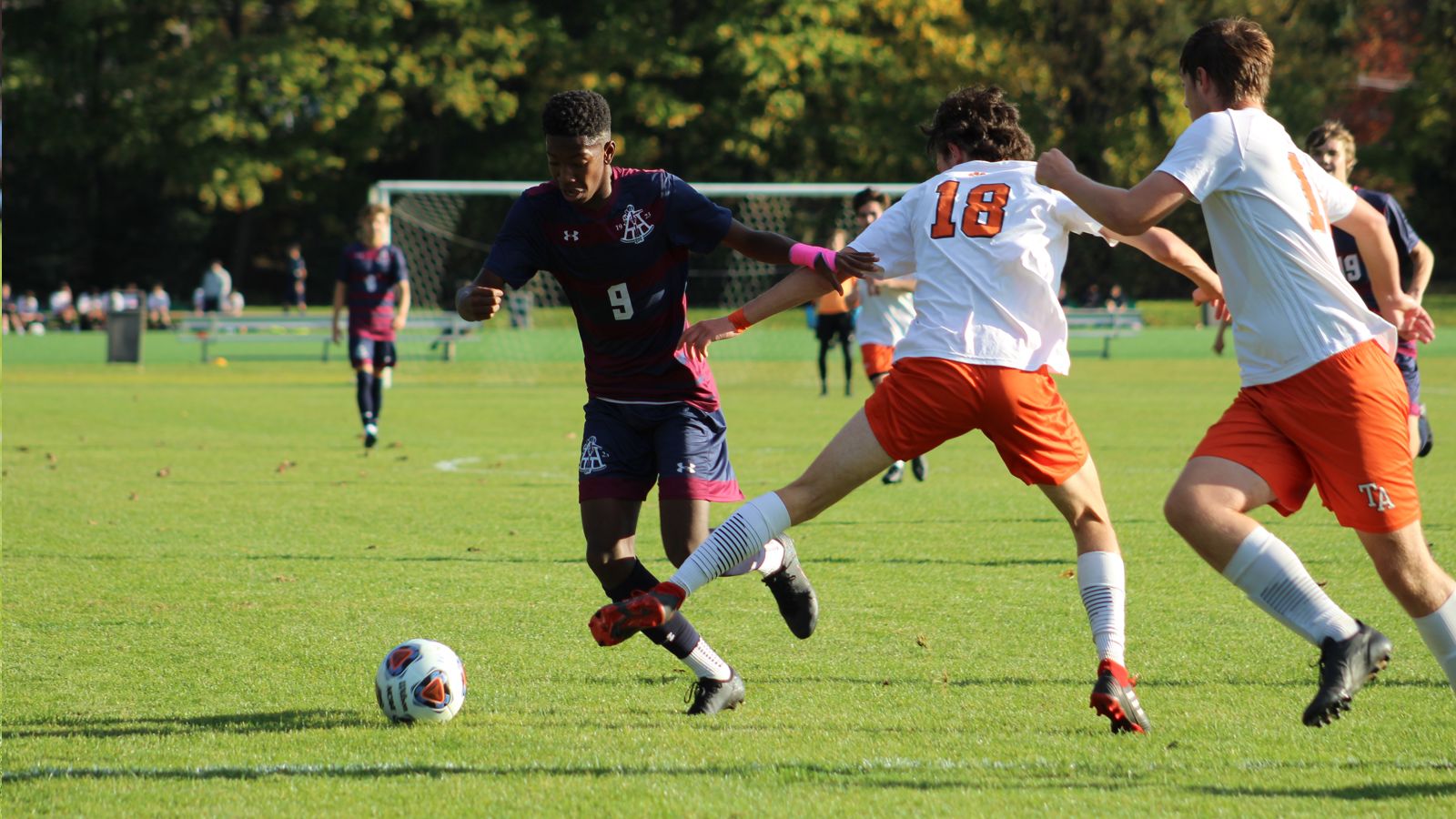 Predicted to hit the ground running, the Varsity Soccer team has not disappointed. Featuring last-minute header goals (Eric Silva ‘21) and many close scorelines, the team’s season is one to watch. I, personally, have made it out to a handful of matches and have felt stress, happiness, and grief as I watched from the sidelines. The team features incredible talent: Matthew Goncalves ‘20 has already broken the Belmont Hill record for most goals scored in one season. Matthew Brit Webb ‘21 is a brick wall in defence, preventing countless strikers from reaching James Cahill ‘20 in net. Charles Richards ‘20 looks like lightning as he sprints down the wing, but land can assist from his own half when needed. The chemistry and comradery between the members of the team reverberates off the field.

As seen during a goal celebration or after a tough match, the team comes together as one, each and every day. As the team press on towards glory, their main competitors are Milton Academy and Nobles and Greenough School. Head-to-head, their record against these teams is admirable, as they tied Milton 0-0 and provided Nobles their only loss of the season, in a  3-1 win. Good luck to the Varsity soccer team as they continue to pursue their ISL aspirations!