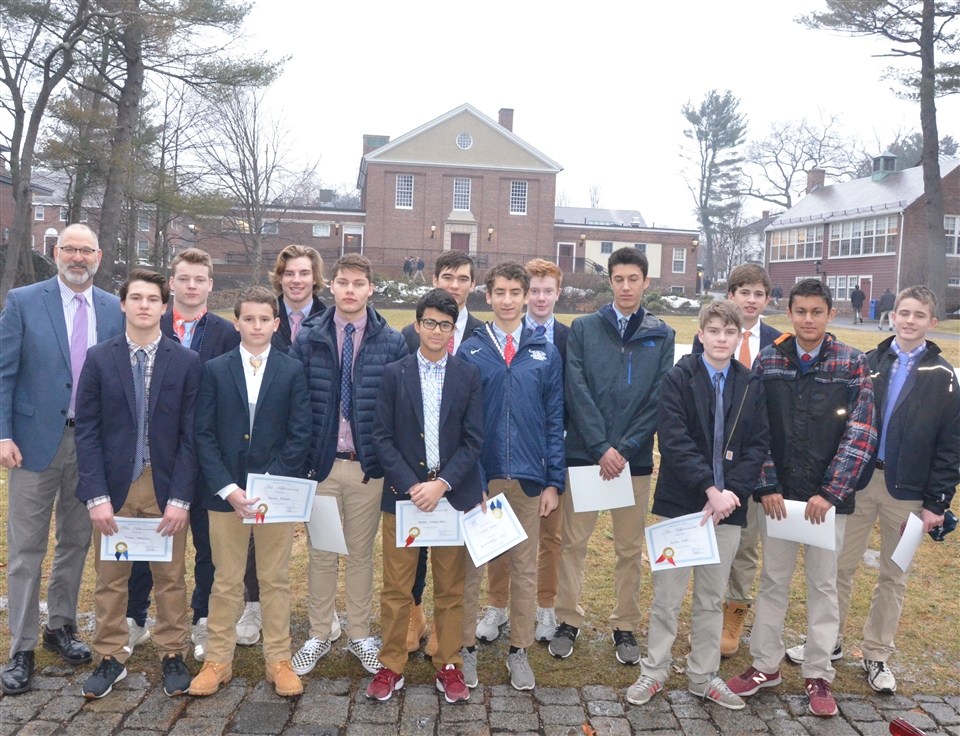 “Art is culture,” intoned Art Department chair, Mr. Kaplan, as he kicked off Belmont Hill’s inaugural Arts Award Chapel. He continued, “Art is so much a part of our amazing lives that we rarely take the time to appreciate it, which is okay as long as we recognize its value.” In the past, Belmont Hill has not carved out time to publicly appreciate and recognize the value art brings to our community, opting instead to emphasize sports achievements.

Belmont Hill’s eagerness to celebrate the arts in the same manner as we do athletics was evident in the 15-minute chapel, which honored both the 14 recipients of awards and all the boys who participated in arts during the past semester. The recipient pool was heavily populated by third and fourth formers, a good sign that bodes well for future arts achievements at the school.

The award-winning works of art were chosen by a guest juror, a local artist and art teacher, who was invited to judge the show. Prizes were awarded after the judge had spent an hour thoroughly examining the multimedia submissions. Two prizes each were awarded for drawing and painting, woodworking, advanced woodworking, and photography; in addition, within each medium, one prize was awarded to the “Best in Class”. Other art awards were given to the boys who exhibited the best skill in a specific discipline, such as third-former Caleb McGrath-Sheldrick’s compelling short documentary for Digital Video.

Subsequent to the debut arts chapel, 12 separate awards were given to seven boys, not necessarily involved in the arts chapel, by the eminent Boston Globe Scholastic Art Awards. The competition has been held since 1923, boasting an impressive track record. Belmont Hill boys are brushing elbows with past winners Andy Warhol and Robert Redford. A panel of more than fifty judges evaluate the art pieces, granting gold keys, silver keys, and honorable mentions to the students that demonstrate the most artistic talent in ceramics, painting, sculpture, photography, comic art, and a dozen other categories. Congratulations to all the students involved in the Scholastic Art Awards!

The fall semester art show “Art is….” was on display in the Robsham Gallery from mid-January through February 2 and the school website features a short video highlighting the art of all award winners.