The College Process at Winsor: Campus Culture and The Counselor Perspective

The College Process at Winsor: Campus Culture and The Counselor Perspective 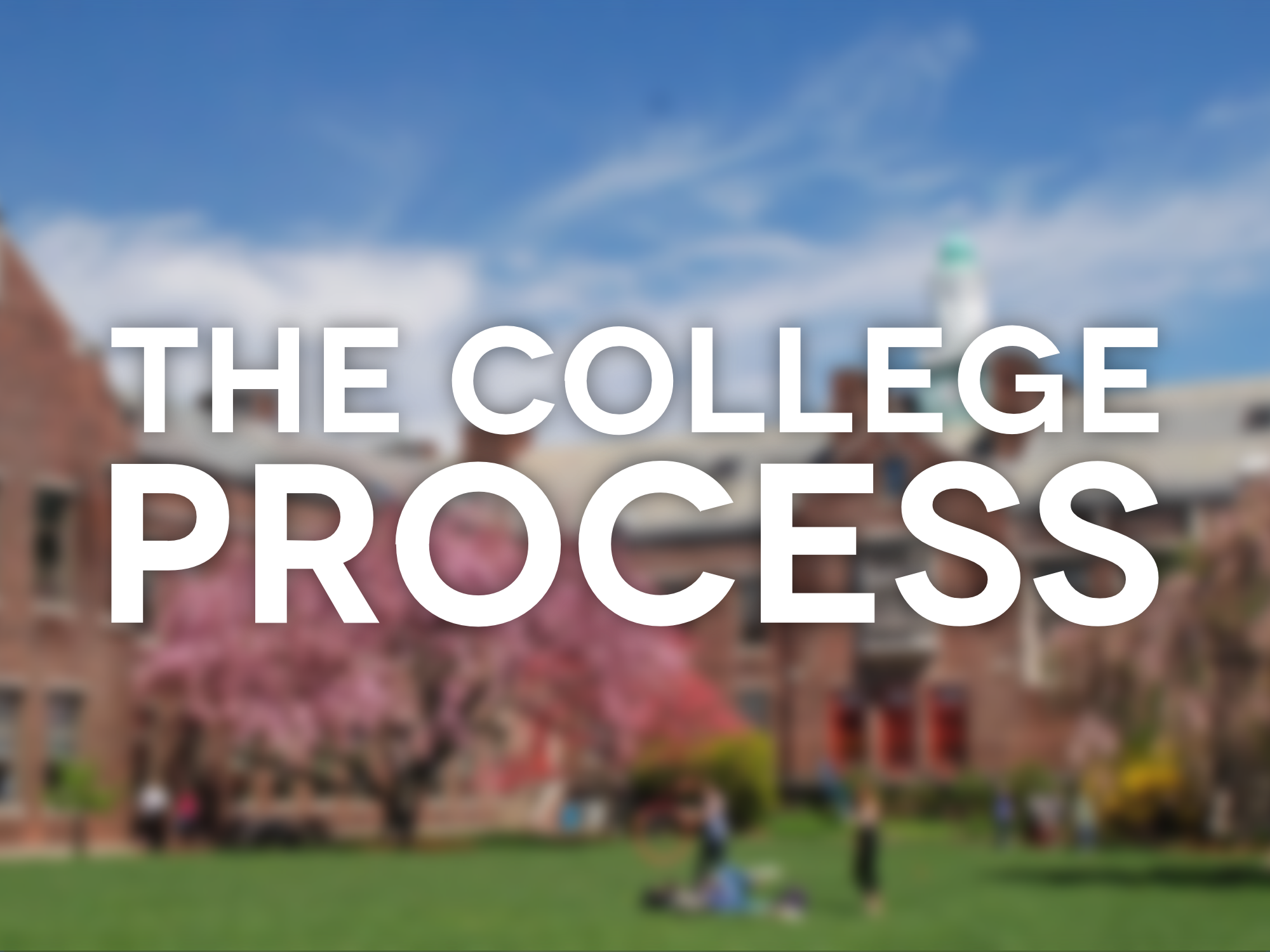 In Issue 5 of Volume 66, The Panel executive board examined the culture of the “college process” on both the Belmont Hill and Winsor campus. This article is the second in a five-part series on the topic. All five articles in the series can be found here.

We asked Winsor seniors, “Would you prefer that students are discrete or that they are open about college-talk?” The responses were overwhelmingly—and strikingly—convergent. Indeed, 27 of 34 respondents preferred openness. Six respondents expressed no preference, and only one preferred discretion.

We also asked, “How do your friends at other high schools talk about college with one another? How does this approach compare to what you see at Winsor?” 27 of 31 respondents concurred that college discussion at other high schools was far more open. Although there was no objective basis to these responses, the trend nonetheless reveals our own self-perception as comparatively secretive, tight-lipped, and discrete—traits that contradict the openness idealized by the majority of the class.

Other survey data suggest that far more angst goes into college discussion than necessary. While only 8% of Winsor seniors actually experienced discomfort discussing college as a class, 67% perceived high or intense concern surrounding the issue.

To gain a complete understanding of all sides of Winsor’s college culture, we spoke to Winsor college counselor Ms. Graham. She noted, “The college process is highly individualized, so it is extremely difficult to make general statements about how students should or should not share their experiences.  I have found that each class tends to have a different approach to discussing the college process.” This tremendous individuality has been reflected in the behavior of the senior class–while some have been open with their college process, others have chosen to keep the details of their college process more private. Winsor faculty and administration acknowledge and respect this diversity in comfort levels, and individual college discussions never occur in the classroom.

However, the college counselors have picked up on underlying sentiments that can impair healthy college discussions. Ms. Graham acknowledges, “The assumptions and judgments we make about others based on where they apply or attend college hinders open conversations and exacerbates stress and pressure.” While these assumptions may not verbally infiltrate conversation, all girls seem to be hyper-aware of them. Ms. Graham went on to say, “I know we are not unique in this regard, but this aspect of our culture inhibits informed and thoughtful conversation about a wider range of schools and serious, authentic reflection on what matters most to each individual.” In fact, Ms. Graham’s comments allude to a greater issue. Although it may be unintentional, it sometimes seems as if the Winsor community covets a select few elite schools, and that any school outside of this short list is seen as “less than.” Indeed, one anonymous survey respondent observed that on “college sweatshirt day,” “you can always hear people picking out the Ivy League sweatshirts and comparing numbers to other years.”

It is important to acknowledge that there are many factors besides acceptance to an institution that determine a student’s attendance, one of these key features being financial aid. Ms. Graham brought up an important point, noting, “While individuals often prefer to keep their own financial circumstances private, I would love to encourage everyone to remember that for many students at Winsor, the college process is not simply about being admitted, but also about being able to afford to attend.” It is heartening to note that roughly 68% of members of the Class of 2018 surveyed were “comfortable” or “very comfortable” discussing financial aid with classmates. Consistent with these results is the fact that 65% of individuals surveyed noted that their classmates were “respectful/sensitive” or “very sensitive/respectful” when discussing financial aid. Although the majority of students are satisfied, there is still room to grow; the Winsor community as a whole can always be more mindful in these conversations to foster a more accepting environment.

In October, the senior class had a homeroom discussion about how we should approach “college talk.” Daphnee Piou ’18 and Simran Khanna ’18, class president and VP respectively, presented methods previous senior classes had used to minimize tensions throughout the application and admission process. For example, the class of 2017 used a color-coded system: each student placed a red, yellow, or green sticker next to their name, which indicated whether they were uncomfortable, impartial, or comfortable being asked about where they were applying. Daphnee and Simran then asked the seniors whether they would like to implement such a system, and if so, what kind.

Over a 30-minute homeroom discussion, the class struggled to arrive at a consensus. While some liked the idea of using sticker system to cater to each student’s personal preferences, others felt that such a method was a testament to how overblown the college process had become at Winsor, and that we should keep discussions natural, casual, and unfettered. “Why can’t we all just be mature and use our common sense?” was a popular  refrain. Others protested that forcing each student to label their status as “comfortable” or “uncomfortable” with college-talk was an invasion of privacy in and of itself.

Another source of contention during the homeroom was “college sweatshirt day”—a day towards the end of the year on which seniors are invited to proudly sport their new apparel. One respondent to our survey wrote, “It’s not the college sweatshirt day that is the problem but the environment about college that has already existed before this day—the way that we talk about college like it’s taboo then suddenly start being open about it one day.” Another girl expressed appreciation for the tradition: “I like it. I think it’s a nice way to celebrate everyone’s new journey, whatever that may be. Whether or not students are entering a college the next year, it’s a fun way to think about new journeys, both others and their own.”

The sole proposition that received enthusiastic and unanimous support was the “rejection wall”: a tradition inaugurated by the senior class several years back. In a humorous and, perhaps, cynical display of solidarity, students post their rejection letters on a board in the senior homeroom. Clara Halston ’18 explains, “It’s a really great idea because it allows us to bond and lightens up tension.”

During this homeroom discussion, both Penny Mack and Selina Li ’18 made incisive comments exhorting their classmates to maintain some perspective about their privilege throughout the college process. Selina criticized her peers for making disparaging jokes about community college, pointing out that, “Community college is a reality for many immigrants, low-income students, students unable to obtain their high school diploma in time due to extraneous family or health issues, and more. The notion that community colleges are intended for individuals who are “stupid” or “uneducated” is an elitist thought that is rooted on a foundation of socioeconomic and educational privilege. Several of my family members including my mother, my cousins, and my sister have taken courses at community colleges and they are some of the most hard-working, resilient, and intelligent people that I know. We need to stop equating intelligence with the reputation of a college or the amount of education that an individual has obtained.”

Penny offered a second point: “I was thinking about conversations I had with girls while in Rwanda [this past summer]. They were so proud of their accomplishments and would never think to insult themselves. Being able to self deprecate–that’s a privilege. I can say I’m stupid, and dumb, and horrible, as much as I want, but I’m still going to get a job, I’m still going to go to college. Not everyone has that privilege. Even if I don’t believe in myself other people are going to believe in me. I have a community that supports me so if I don’t advocate for myself they will. But some people have only themselves to speak up for them. It just made me realize that self-deprecation is a privilege that doesn’t work in our favor.”

While the college process is no doubt fraught with stress and tension, we encourage girls in all classes to take these final reflections to heart.

“It’s important that we remember that what makes our community so special is the fact that we are made up of unique individuals–meaning that we all have unique ways of thinking and processing this whole process.” -Daphnee Piou ’18

From the Archives: Debate of the Issue

Favorite Books, TV, and Songs of the Class of 2020