The Exploitation of Division I Athletes

The Exploitation of Division I Athletes 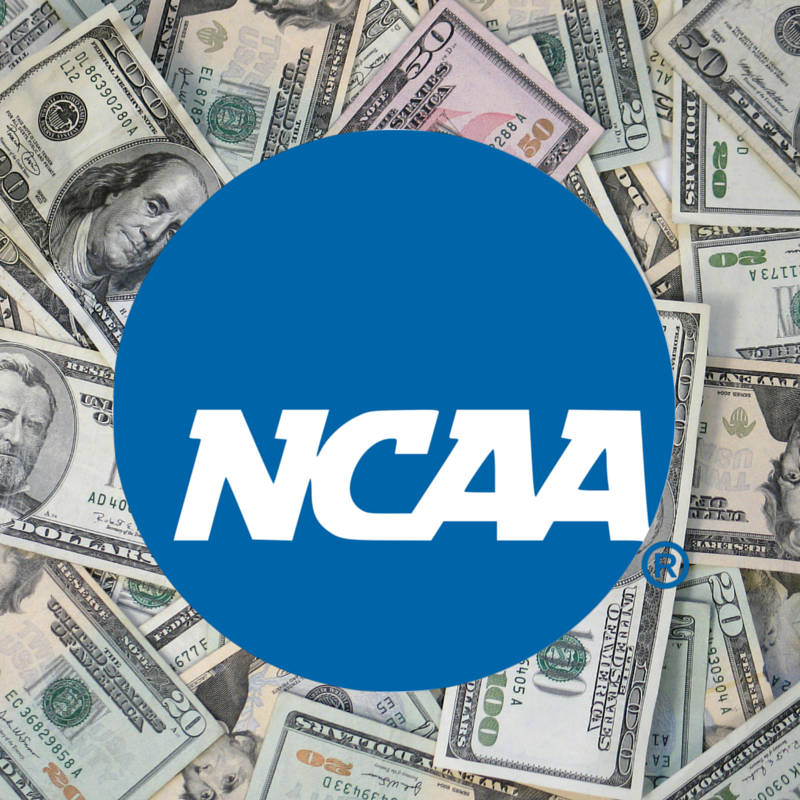 In a week, tens of millions of Americans will turn on their televisions and dive into 67 games of March Madness, watching the country’s best compete at the top level of collegiate basketball. The tournament brings in over a billion dollars alone in advertising revenue. College football generates the same amount of insanity, with an estimated 26 million tuning in to this year’s championship bowls. Yet the athletes themselves do not receive a penny for their work; instead, the money goes straight into the pockets of the schools and the NCAA, a “non-profit” association that made $989 million in revenue for the 2014 fiscal year.

Who is to blame for this monetary exploitation of student-athletes: the NCAA, which has a near-monopoly over collegiate sports, and the universities themselves. To exploit their athletes, the NCAA hides behind its “amateurism”, which they laud as a “bedrock principle of college athletics and the NCAA”. This protects the NCAA and their schools from having to pay for athletes’ labor. “There’s not even a salary to debate. They’re not employees, they’re students”, says Mark Emmert, president of the NCAA. The NCAA enforces strict rules banning athletes from accepting any form of payment or benefit that a “non-athlete” wouldn’t receive, including discounts at stores or even free lunches. The NCAA and its schools profit from ticket sales, ads, sponsorships, and apparel, using the money to finance ludicrous stadiums and salaries of valuable head coaches. Who is Alabama’s highest-paid state employee? None other than Tide coach Nick Saban, who earns a handsome seven million dollars a year. In fact, the highest-paid employees in 40 states are either men’s basketball or football coaches. It’s a conundrum with no right answer: while these athletes shouldn’t be paid tens of thousands of dollars in yearly salary, we can’t simply ignore the injustice of a thirteen billion-dollar business that gives not one penny to its “money-makers”.

Sports have always been viewed as beneficial to academics; it’s one of the founding tenets of Belmont Hill, where students play sports every day. But at Belmont Hill, students dedicate the majority of their hours to academics, and have designated time for clubs. The NCAA notes on their website that less than 2% of their basketball and football players turn pro, and stresses the importance of education before sports. However, Division 1 men’s basketball and football players spend approximately 40 hours a week on their sports; basically, it’s their full-time job. The amount of time demanded by D1 sports makes it virtually impossible for students to keep up with classwork. In fact, top athletes may not be able, or choose not to, attend class at all. A 2014 scandal at the University of North Carolina revealed that for eighteen years the school offered fraudulent “paper classes” to top athletes; attendance was optional and the only requirement was a one-page final paper, aiming to keep athletes sports-eligible with a “free” A.  The demands of Division 1 athletics creates an incredibly tight schedule that leaves little room for studying or other aspects of college life. Adding in other demands prior to college, such as camps, AAU and club, and college recruiting visits, elite athletics can prevent top recruits from developing the academic abilities that would enable them to thrive in college courses.

The NCAA rationalizes that athletes are “paid” with an education; however, only 53% of student-athletes are awarded some sort of athletic scholarship. In fact, athletic scholarships are contingent on athletes’ performance and health and can be revoked at any time. A torn ACL or career-ending concussion can mean that a student loses his or her scholarship, which might have been the only way he or she could afford college in the first place. The NCAA does not cover their athletes with insurance, instead requiring players to finance their own insurance, either by themselves or through the school. Furthermore, players are rarely subsidized by a full scholarship – only the best of the best have a free ride, for the NCAA caps the amount of yearly scholarships granted by a school to their team. For example, the NCAA permits just 12.6 full scholarships for D1 men’s lacrosse programs that must be split between the 40-odd players on a roster. Most scholarships are not split evenly, either – starters on the team are awarded more than second-stringers, who commit just as much time on the team, but may not be earning the school as much money for their play. A chart in an October 2015 Business Insider article averaged the athletic department revenue vs. scholarship expenses for 2014’s top ten money-making schools (all large state-schools, such as Alabama, Oklahoma, and Texas A&M). The average scholarship expense for each school totalled $12.4 million, while incoming revenue added up to $144.8 million; colleges are funneling just one-twelfth of income back into scholarships!  In order to fairly reward athletes’ work on and off the field, colleges must increase scholarship caps must and guarantee in case of injury must be implemented.

The Northwestern football team’s efforts to define student-athletes as employees and to unionize after the 2013-2014 season made national news.  The Chicago district of the National Labor Relations Board (NLRB) voted in their favor, but its decision was overturned in August 2015 on the argument that the players were students first.  A CNN article published at the time revealed that the Northwestern players spend 50-60 hours a week on football in the pre-season and 30-40 during the regular season, quite a heavy schedule for “extra-curricular activity”. The lead student-athlete organizer for Northwestern, former quarterback Kain Colter, testified that the coaching staff advised him to drop his plans to continue his pre-med major, as the courses required were too difficult and time-consuming to align with his football obligations. Missed class time due to athletic commitments prohibits a student-athlete from realizing his potential as a “student”; there should be an opportunity to freely continue and finish their education and install more regulations to ensure students are receiving the valued education they are promised.

It would be ideal to protect the sanctity of amateurism in collegiate sports, but in reality the booming business has grown too large to ignore “amateurism” anymore. While we cannot professionalize college athletics, the NCAA should increase the number of scholarships available to cover more athletes and guarantee athletes’ scholarships in case of a season-ending injury, cover insurance for all of their players, and provide a free education for those who choose to finish their degree or cover classes missed due to the burdensome athletic commitments. Increased benefits for athletes is the first step to tackle the exploitation of student-athletes without completely professionalizing the sport.