The “Hispanic Vote” Does Not Exist, 2020 Proves It

The “Hispanic Vote” Does Not Exist, 2020 Proves It 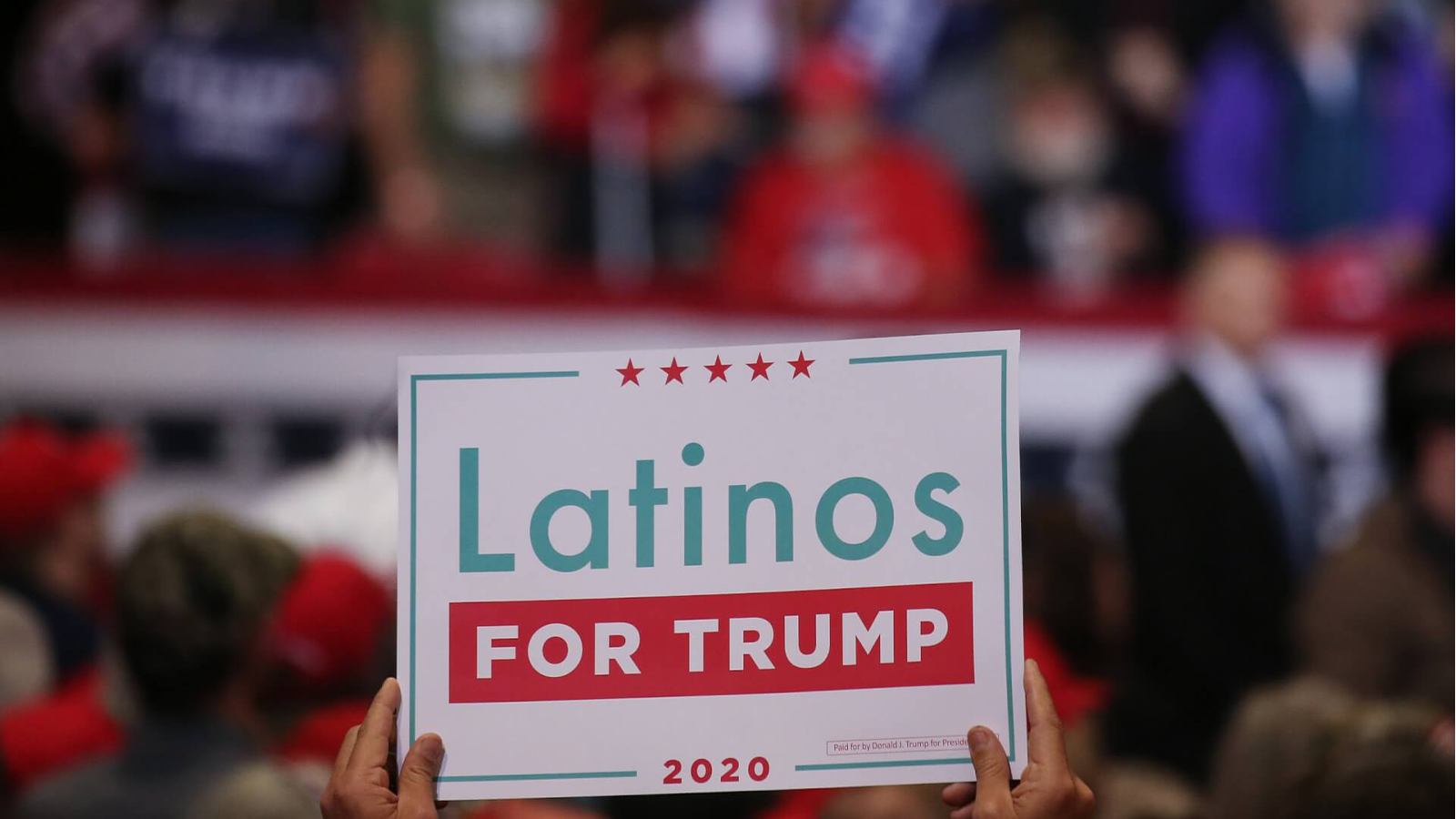 There is no such thing as the “Hispanic vote.” In misconstruing the US’ Latino community to be politically homogeneous, politicians and pollsters (especially Democrats) committed grievous miscalculations and were caught by surprise. Countless promising candidates have made the mistake of grouping all Latino voters into a single category and assuming they will all vote the same way. Instead, broad categories exist ranging from Central American refugees, to middle and working class.

While the terms “Hispanic” and “Latino” are the most common identifiers used to describe this growing population within our country, there are a host of other identities that can be attributed to different people and debates about the accuracy of the terms. For the purposes of this article, we will use “Hispanic” and “Latino” interchangeably, though we recognize the geographic, linguistic, and gender based limitations to both terms. A majority of those identifying as Hispanic or Latino say they use their nation of origin more often than either term as a person identifier. Furthermore, the Latino population is incredibly diverse within itself. According to the 2010 census, 53% of Latinos in the US identify as white, and 47% as multiracial, Black, or some other race. The nature of this diversity begs the question of why we generalize the population into one category so frequently.

Florida has been one of the most important states for presidential electoral politics over the past three decades. Latinos made up a record 17% of the state’s population in 2020, especially those from Cuba, Puerto Rico, Mexico, and Colombia, due in part to its geographic proximity to the Carribean. In the past election, Trump cultivated the Latino vote to turn the battleground state in his favor; in particular, around 55% of the Cuban-American vote went to Trump. This may have been because of his hard stance against the communist government of their country of origin, which many Cuban immigrants dislike because they had escaped the dictatorship. Republicans also went on the offensive calling Biden a “socialist” leading many voters from countries that had broken free from “socialist systems” to naturally avoid him.. The Democrats defended themselves too little and too late while the “news” spread like wildfire on social media. On the other hand, overall, voters who identified as Latinos were split 49%-49% between Trump and Biden; Biden was able to rally a massive lead in groups like Puerto-Rican-Americans and others. The Democrats took into account the diversity of Latino voters in Florida too late, so they lost the 29 electoral votes to Trump.

Nearly 40% of Texas’s population is Latino, and more than 200,000 are reaching voting age every year making it an important example to demonstrate how Republicans can flip Democratic Latinos onto their side. Many of the Latino voters in the state are considered “naturally conservative” especially in the Rio Grande Valley where Trump made the largest improvements in point margins. Those areas are full of strongly Catholic  and pro-life veterans, oil and gas workers, border patrol and customs agents. On the other hand, in this election, Biden received nearly three-quarters of the urban Latino vote; however, local Democrats agree that not enough campaigning was done to gain the votes of rural Democrats who have been voting for years but haven’t seen much meaningful improvement to their lives. Overall in Texas, it remains politically vital for Democrats to pay much needed attention to every group of Latinos and address their differing needs because that is what is keeping Texas from turning blue every cycle.

The populations of Arizona and Nevada are each around 30% Mexican-American, and while Nevada has been solidly blue in the past three election cycles, Biden’s flip of Arizona speaks to this continued trend. Starting in 2010, several campaigning organizations with the sole goal of mobilizing Latino voters formed in response to strict anti-immigration law SB 1070 in Arizona. These groups along with the powerful Culinary Workers Union in Nevada, which campaigned door-to-door, worked with Biden’s campaign. However, 37% of Latinos in Nevada, 8% more than 2016, voted for Trump. These voters were not swayed by the campaigning above and even turned towards the Republican party.

The number of generations a person has lived in the US also affects their voting tendencies. According to the Pew Research Center, 56% of foreign-born Latinos use their country of heritage to identify themselves, while 40% use the terms Hispanic or Latino, and 4% use American.  Within this population subset, key voting issues are often tied to their country of origin, immigration, and the economy. For second generation Hispanic-Americans, 67% see themselves as “a typical American,” compared to just 37% of foreign-born Hispanics. This percentage increases to 79% among third generation or higher Hispanic-Americans. These Americans tend to vote similarly to other racial and ethnic groups more closely based upon their level of college education and socioeconomic status. This difference in identity is key to mapping their differing voting habits.

No singular monolithic “Latino vote” exists, and any political candidate who thinks that is the case will be at a major disadvantage. Each demographic group has different political interests and tends to vote differently. Campaigns need to reform by adding a wide range of members of the Latino community to their advisor groups in order to understand how to appeal to every Latino group and not lose critical votes that could sway an election due to negligence. Furthermore, while the total number of white people in the United States has actually decreased over the past decade, the percentage of those identifying as Hispanic is increasing dramatically. As our nation’s demographics shift, so too must our electoral politics and understanding of our diversifying population of voters.