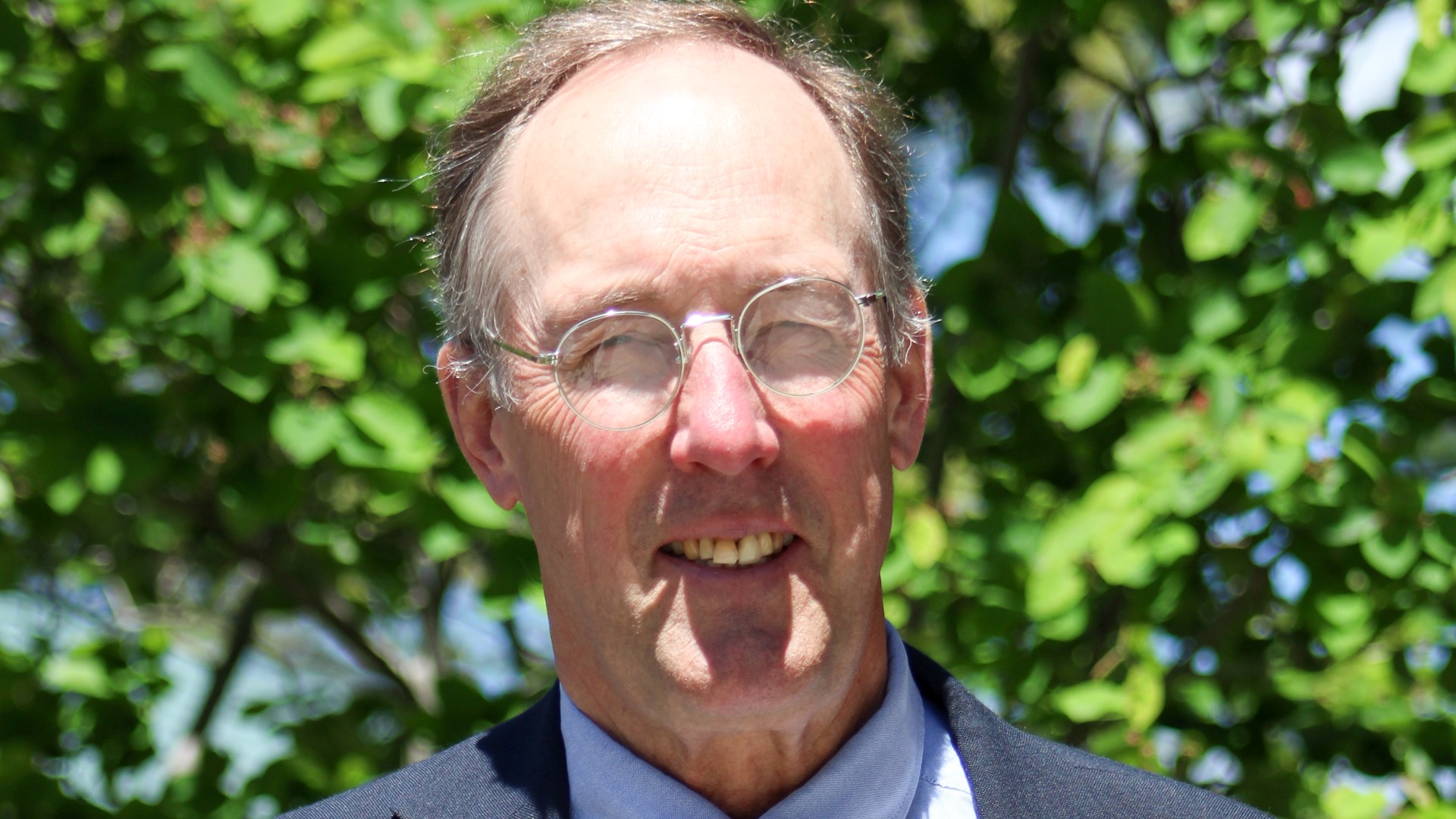 Mr. Wood, a cherished faculty member at Belmont Hill, is retiring this year after 36 years of teaching and coaching for the school. Mr. Wood and his twin brother Ned graduated from Belmont Hill in the class of 1971. As a student, Mr. Wood played football, hockey, and baseball; however, reflecting on his high school athletic career, he said he was not “a very good baseball player, I wasn’t playing very much and didn’t deserve to play very much.” Eventually, the crew coach at the time, Kim Bassett, realized it would be a better fit for him to row crew rather than play baseball. In the Third Form, he joined the crew team and never looked back. “I grew a lot that summer … and I kind of looked like an oarsman in my ninth grade year, so sure enough I went down and started rowing,” Mr. Wood explained. After graduating from Belmont Hill, Mr. Wood was recruited by Yale for rowing, and, after finishing his time at Yale, he held a teaching job in Los Angeles yet decided to return to Belmont Hill as an English and history teacher and rowing coach.

At the time he started coaching crew, Mr. Wood was the only faculty member who coached crew, meaning part-time coaches had to be hired. Essentially, Mr. Wood had to manage both the Middle School and varsity crew teams and deal with logistics for shell transportation using time which he would normally devote to teaching. At the time, a lot of Mr. Wood’s former teachers were still teaching at the school, and he remembers getting positive and helpful support from his colleagues. At first, Mr. Wood taught English and only a couple of sections of history, but soon he transitioned to teaching history primarily while picking up a bit of Latin. As a history teacher, he created a few new courses which he really enjoyed teaching, yet, unfortunately, these courses are no longer taught at the school. Although he would only occasionally teach a Latin section or two, he soon became a full-time Latin teacher. Mr. Wood loved Latin: “one of the things about teaching is that I learned a lot more as a teacher than I ever did as a student because we were always exploring different places to go and different things to do with your classes and different ways of presenting the material.” Having enjoyed the challenge that Latin presented, Mr. Wood found his niche in the subject.  One of his recent students, Jackson Kendall, says that “his influence has played a key role in making Latin my favorite subject at school.” Over his decades at Belmont Hill, Mr. Wood has changed the lives of thousands of students and has prepared many alumni for life after Belmont Hill.

During his years at Belmont Hill, Mr. Wood also coached the crew team. He admits that “the first year, I really had no idea what I was doing as a coach.” Mr. Wood’s crew made it to the finals at Henley two years and won in the latter of the two finals in 1987. The Henley Royal Regatta is one of the most celebrated rowing regattas in the world, and the Princess Elizabeth Challenge Cup is the most prestigious race for a school crew. “Both years we raced them [the Hampton School Boat Club] in the final, and both times they were really good, really tight races, so it was a really neat rivalry between the two schools” Mr. Wood recalled. The crew also had to make the difficult and time-consuming transition into eights after rowing their regular season in fours. Memorable events occurred over the year including “one time I came down to practice and half the dock was missing, and it had kind of floated downstream, and so I had to find it and bring it back upstream and tie it back together again.” Many alumni rowers have pleasant memories of rowing with Coach Wood, and even now, acknowledging his remarkable ability to connect with rowers. Current rowers know him for instilling discipline and requiring hard work both on and off the water.

Furthermore, Mr. Wood reflected on the changes at Belmont Hill from when he was a student to now. The pace in both academics and athletics has certainly become faster with classes getting more and more vigorous and students beginning to participate not only on school teams but also in club sports outside of school. “Part of that is the result of what would seem to be a really positive part of the changes to the school and that’s the increased opportunities that are offered to the students,” Mr. Wood explained. When he was a student, there were only around seven to eight clubs in the school compared to the dozens available now; furthermore, the clubs have become more time-consuming. “Society has also changed; students now participate in club sports more in the afternoons.” Mr. Wood also noticed the increased diversity in the school with more women on the faculty and more students from different backgrounds.

Of all the things that he will miss when he leaves Belmont Hill, Mr. Wood knows that he will miss the people the most because he has enjoyed working with them over the years. When he retires, he looks forward to sleeping in every morning and not having to worry about grading assessments every night. Although he is ending his tenure as a teacher, Mr. Wood may choose to continue coaching crew for either the Middle School crew team or for another club or school. The Belmont Hill community bids Mr. Wood farewell and thanks him for the influential impact he has had on countless students and the school as a whole.