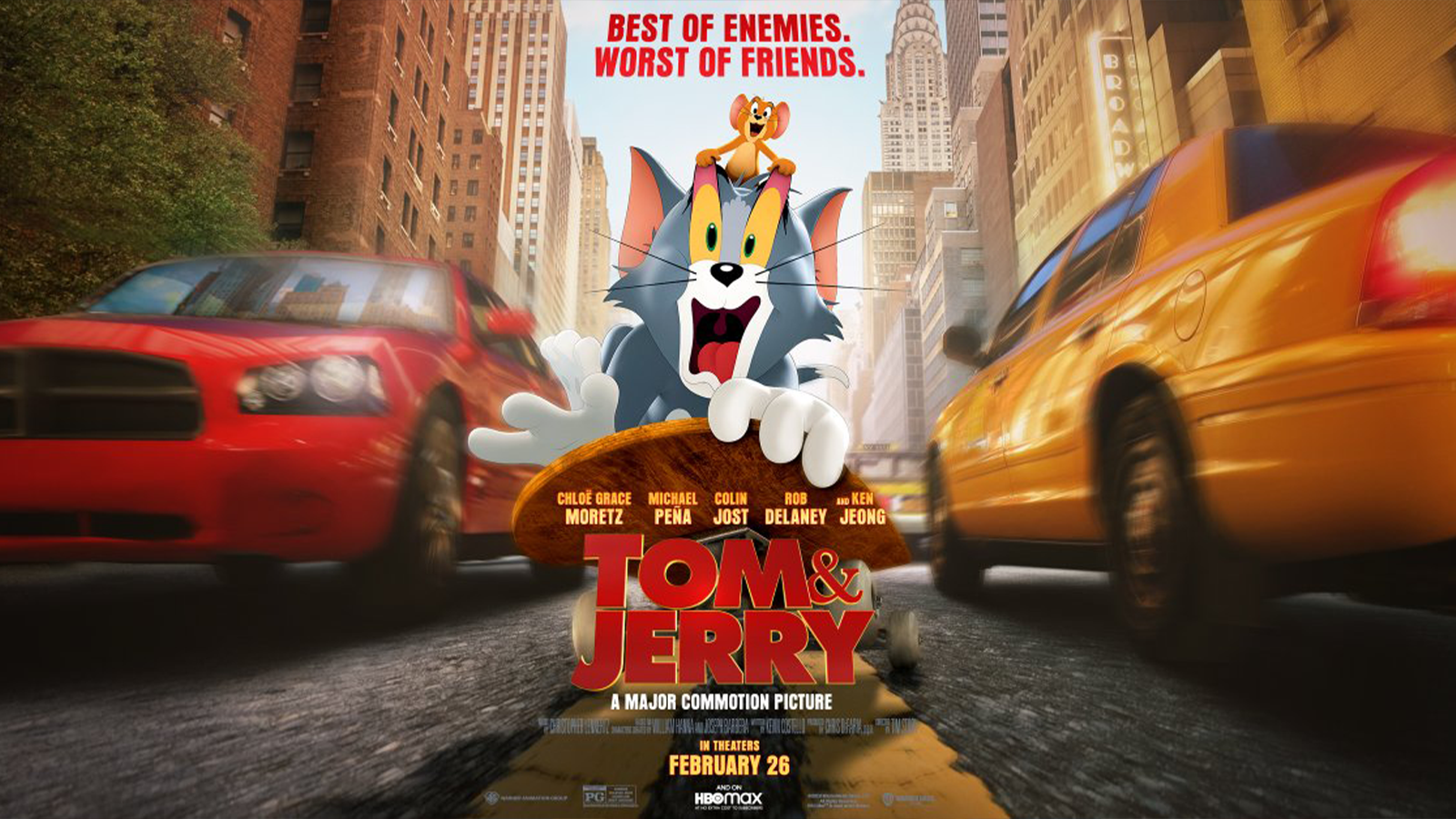 Tom and Jerry: The Movie is a live-action animated hybrid movie that comedically presents the story of the classic TV show characters, Tom and Jerry, when they move to New York City for a fresh start. The laughable antics between the cat and mouse are superimposed over a plot that involves Chloë Grace Moretz, cast as Kayla, partnering with Tom to expel Jerry from an opulent hotel and site of the wedding of the century. It maintains the charm of the old animation, with Jerry’s ingenuity and Tom’s misfortunes still at the forefront, while modernizing the setting and graphics in hopes of providing an even more enjoyable experience for viewers. The movie has been in development since its first proposal in 2009. Back then, it was intended to be the live-action and animation hybrid that was released today. It languished in development limbo until 2015, when it was changed to a fully animated movie more in-line with the original theatrical shorts. By 2018, the film had reverted to a hybrid as the Warner Animation Group took the lead on production, and filming began in 2019.

The movie was released on the 26th of February in theaters and through the streaming service HBO Max for one month simultaneously, and has received generally negative reviews from critics despite its promise. After viewing the movie on HBO together, we thought that the movie was well animated, but its progression and plot sequences were a bit chaotic similar to many other Tom and Jerry cartoons we watched in preparation. Rotten Tomatoes agrees with an abysmal approval rating of 24%. We would recommend Tom and Jerry lovers to watch the movie, but would not recommend it to anyone looking for quality movie content and sequencing, as it comes across a bit lackluster overall. 4/10 stars.